The Great North Run is the largest half marathon in the world and is this year celebrating its 30th anniversary. 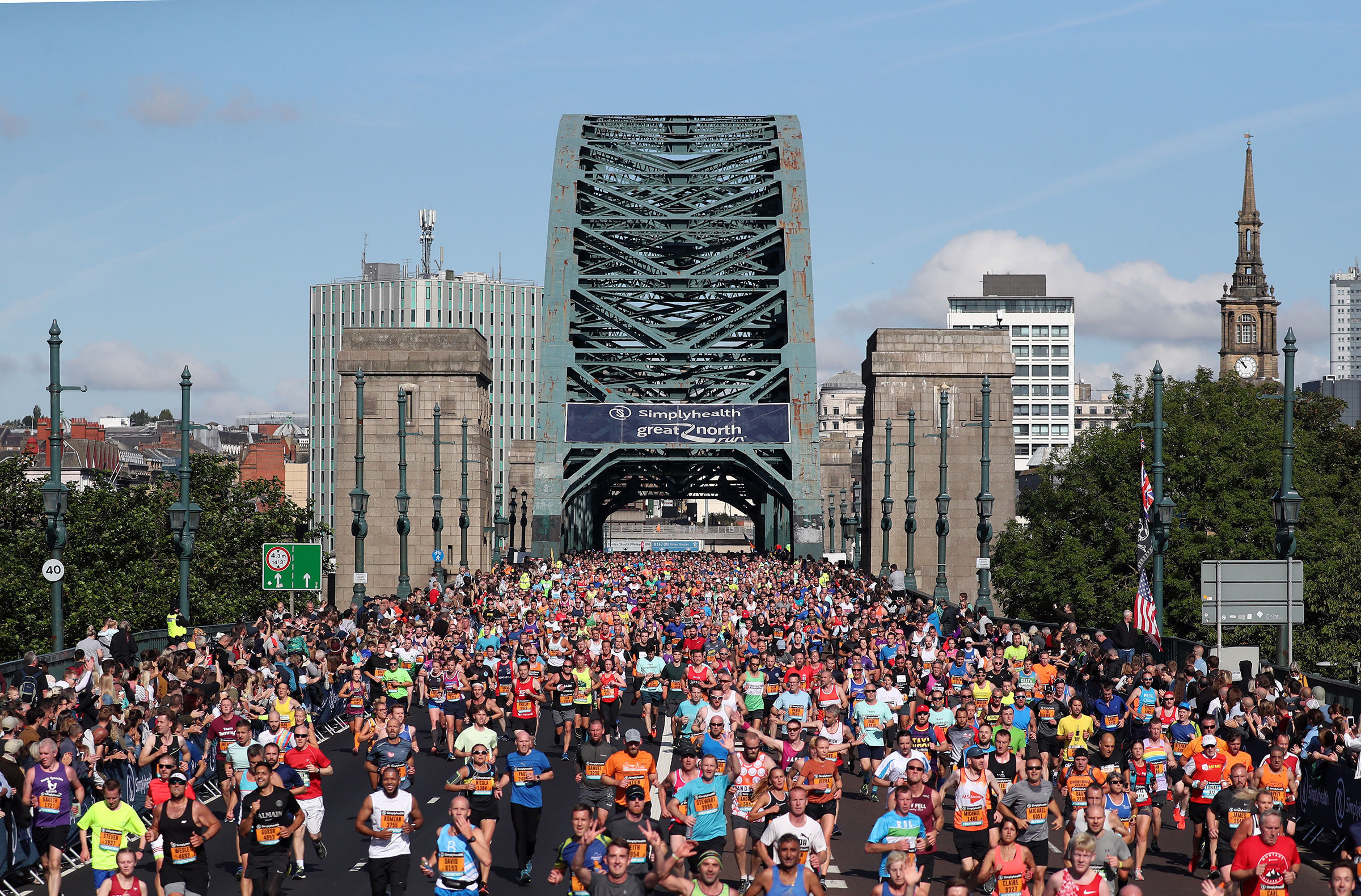 When does the Great North Run 2021 start?

This year start times are staggered across more than three hours to enable social distancing.

Runners are asked to head to the Arrival Zone, on the Claremont Bridge to the Town Moor, at their allocated time.

The race’s participants are split into five start groups.

The Elite Wheelchair and Visually Impaired athletes will start at 9.15am.

Then The Elite Women's group start their race at 9.20am.

What is the running route?

The race this year will end start and end in Newcastle.

It is the first time in its history that the Run will not finish in South Shields.

The race will kick off on the central motorway in Newcastle – runners will cross the Tyne Bridge twice.

Where are the road closures?

From just after midnight Saturday, September 11 to 11.59pm on September 12