Home » World News » George Floyd trial: What has happened so far in the case against Derek Chauvin?

Chauvin's trial will continue for a fifth day on Friday, April 2. The murder trial is expected to last two weeks before the jury reaches a verdict. 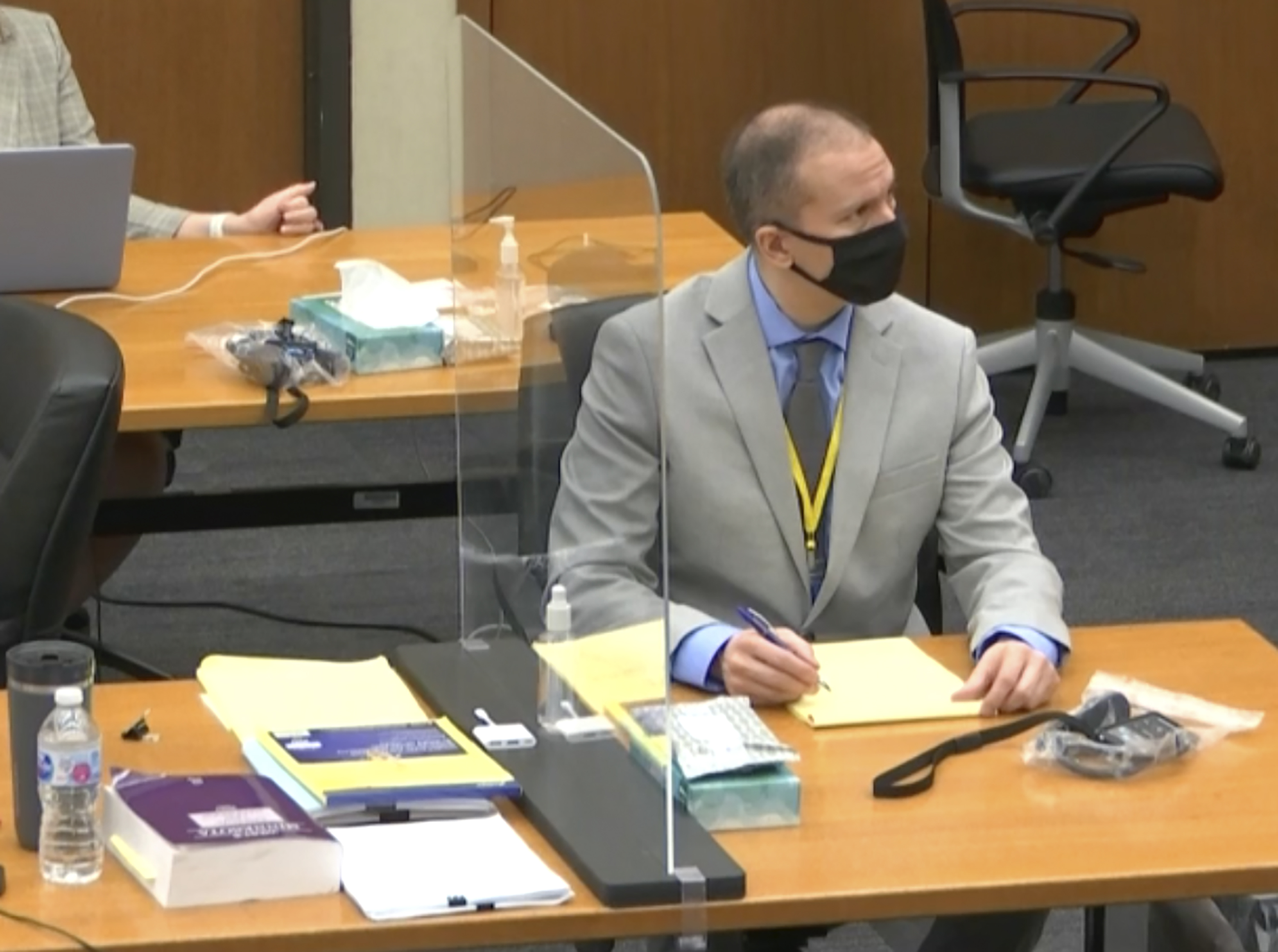 What has happened so far in the case against Derek Chauvin?

As week one of Chauvin's murder trial is set to wrap up on Friday, April 2, the court has heard the testimony of a number of key witnesses, including:

One the first day of the trial, prosecution showed video footage taken by bystanders of Floyd's death 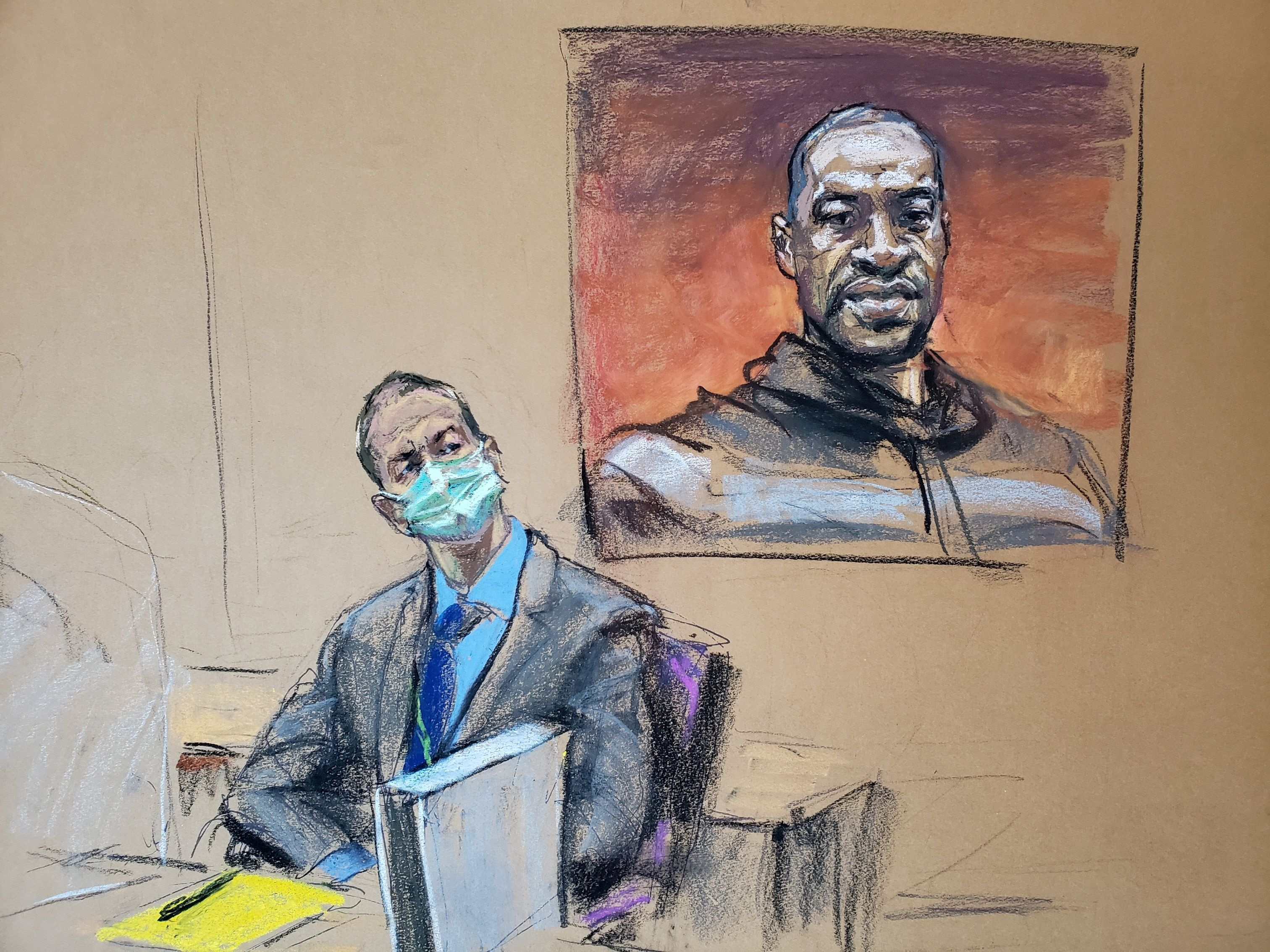 What did MMA expert Donald Williams say in his testimony?

Williams, 33 – a MMA fighter who witnessed Floyd's arrest – said he saw Floyd "fade away like a fish in a bag",

Williams was among the bystanders who witnessed Floyd's death last May and described what he witnessed on the first day of the trial of the ex-cop.

He told the Hennepin County Court that he saw Chauvin, 45, use a "blood choke" on 46-year-old Floyd as the two wrestled to the ground.

Williams said the Minneapolis police officers ignored his warnings and Floyd as struggled to breath. 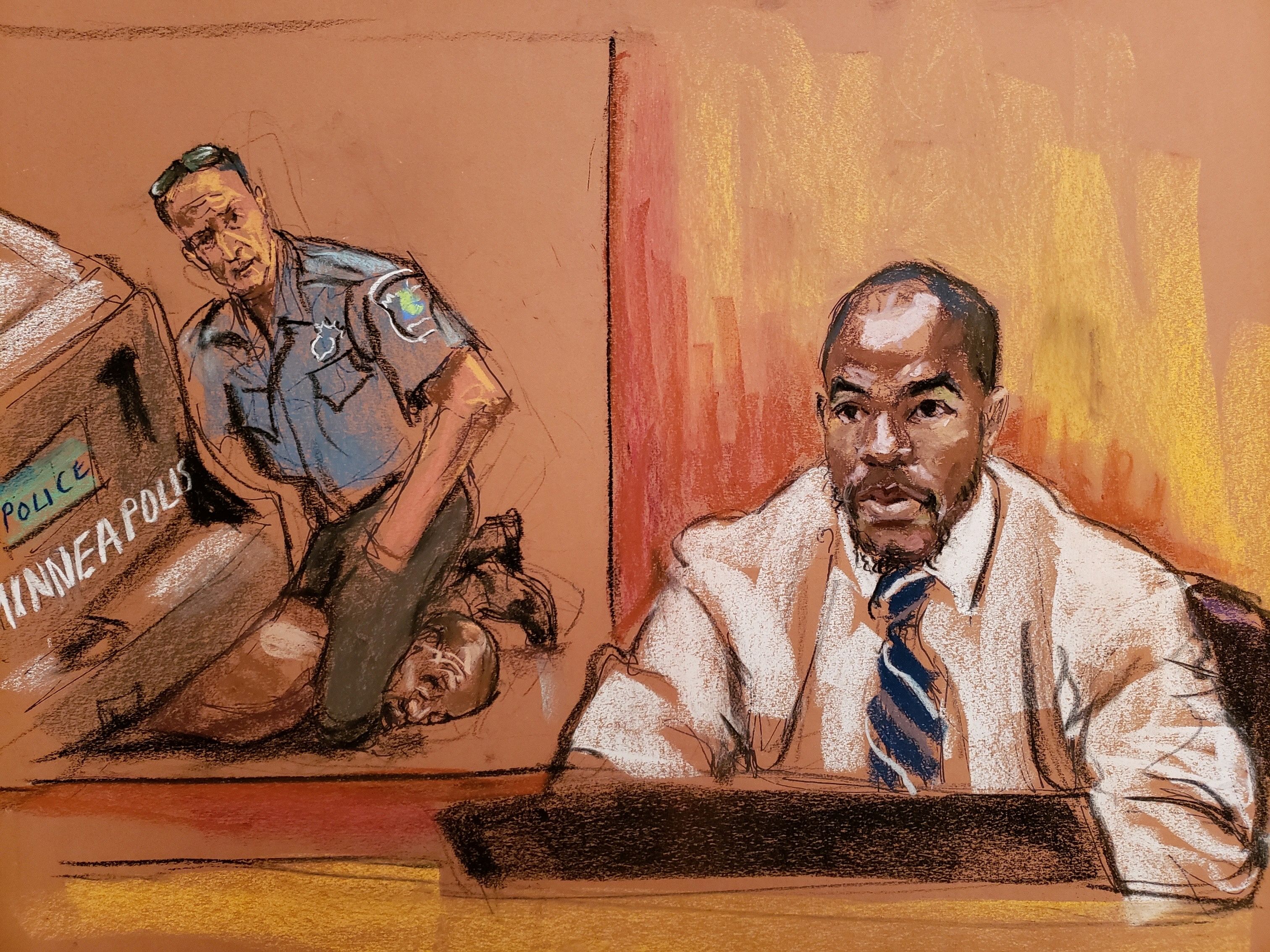 "And three, what was the condition of George Floyd as he was going through this torture."

Williams said he called the police "on the police" because he believed he had witnessed a murder.

Asked by Assistant Minnesota Attorney General Matthew Frank why Williams called the police on Chauvin, he said: "I believe I witnessed a murder.

"I felt the need to call the police on the police."

What to know about George Floyd's murder trial: 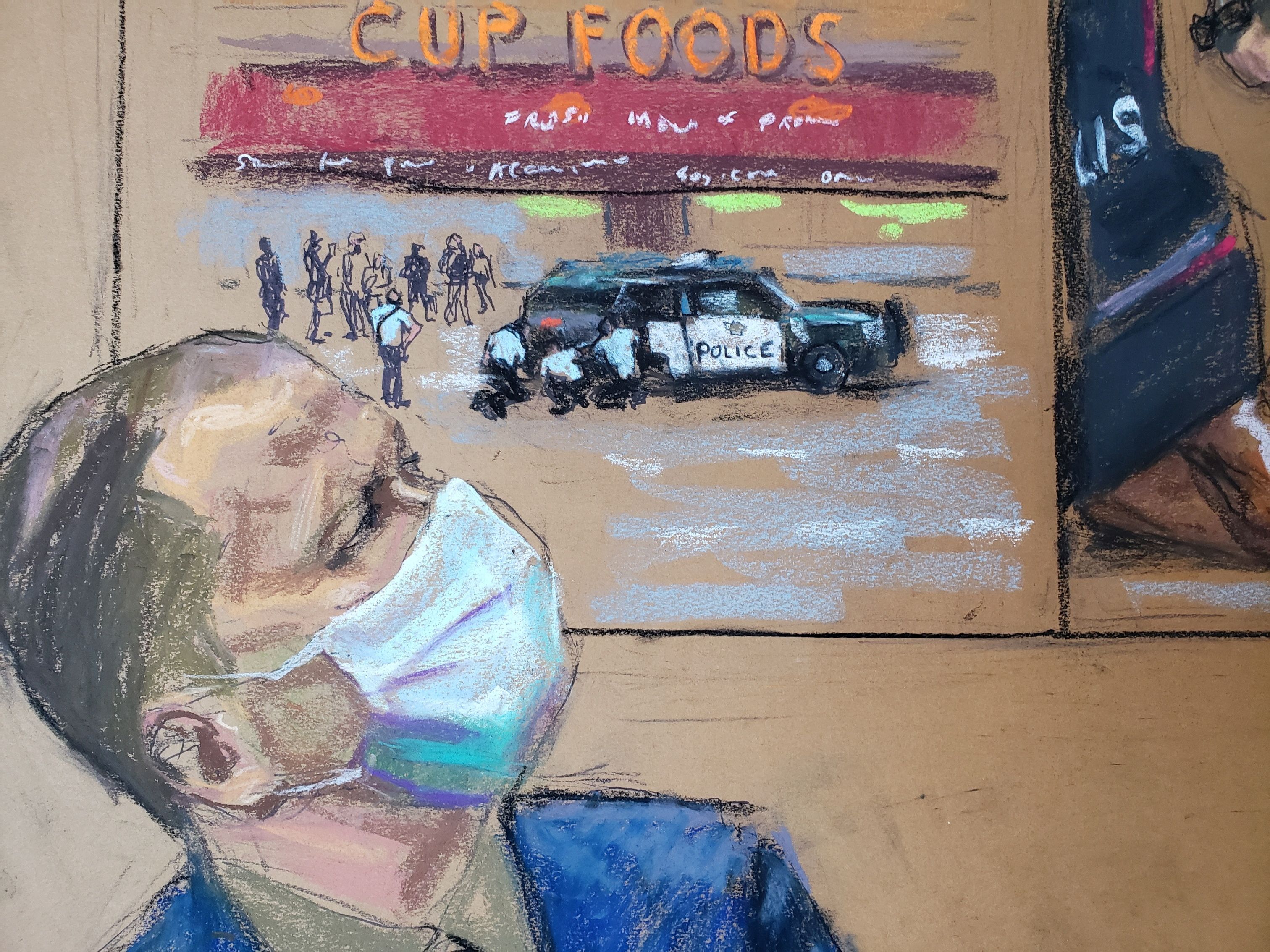 What did Paramedic Derek Smith testify?

Derek Smith told the court on April 1 of his battle to give Floyd a "second chance at life" despite being unable to find a pulse and believed he was dead before medical help arrived.

Smith also described taking the handcuffs off Floyd after he was moved to the ambulance as well as identifying "superficial" injuries to his nose and shoulder.

The paramedic pointed to Floyd's bloodied nose as the new footage showed one of the police officer's involved in the 46-year-old's arrest carrying out chest compressions.

Smith said that he saw Floyd on the ground and three officers on top of him when he first arrive at the scene outside of the Cup Foods store.

He said that he had initially been called to a code two emergency at that location but it was later upgraded with no further details given. 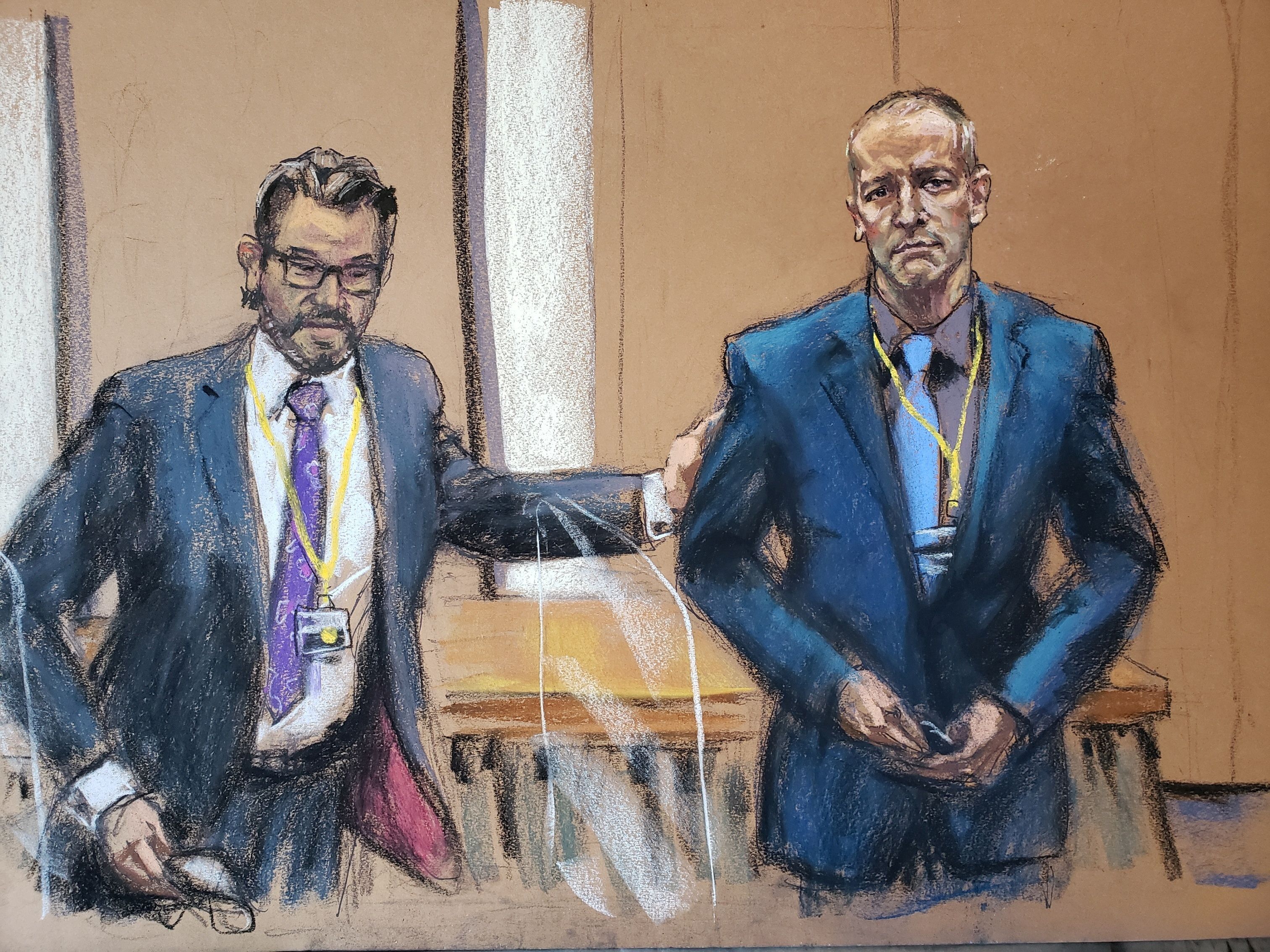 "He was in handcuffs at the time," Smith told the court, adding that "officers were still on him when I approached."

He said that the scene was not "welcoming" as there were "multiple people with cellphones out" and "elevated tones."

Smith said that he was not sure where Chauvin's knee was placed when he arrived as there was "a lot going on."

After finding no pulse, Smith said that Floyd's pupils were also dilated and he decided to immediately get him into the back of the ambulance for further treatment.

"In lay terms, I thought he was dead," Smith explained.

"I think he is dead and I want to move him out of there. I will continue care in the back.

"In a living person you should have a pulse. I suspected this patient to be dead. 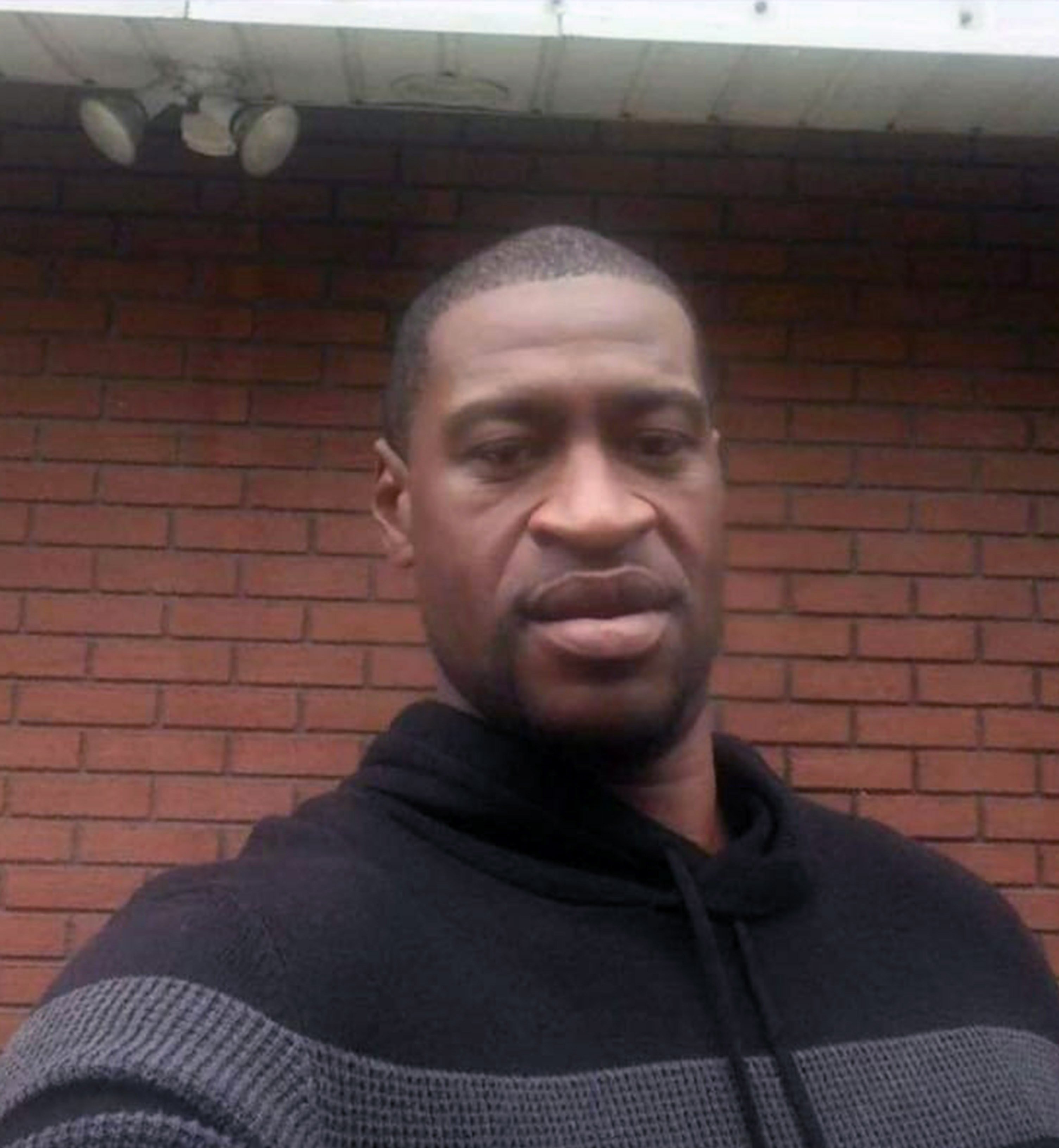 "His heart isn’t beating and it should be The longer it isn’t beating the less likely it will be he’ll be resuscitated," Smith added of asking one of the officers to move out of the way.

"There were relatively superficial injuries that I do not think would have resuleted in cardiac arrest. Cardiac arrest was my primary concern," Smith said of his treatment.

"He’s a human being and I was trying to give him a second chance at life."

What did store clerk Christopher Martin say in his testimony?

A new surveillance footage was shown during Chauvin's trial hearing on March 31, which shows Floyd purchasing cigarettes using the reportedly counterfeit $20 bill at a Cup Foods in Minneapolis on May 25, 2020.

The cashier who served Floyd told the court that he spoke to the 46-year-old when he first entered the store, but he was slow to respond.

"When I asked him if he played baseball, he went on to respond to that but it took him a little long to get to what he would try to say," Christopher Martin, 19, told the jury.

"It would appear that he was high," the teen added.

"He was talking, having an average Memorial Day living his life but he did seem high," he later added. 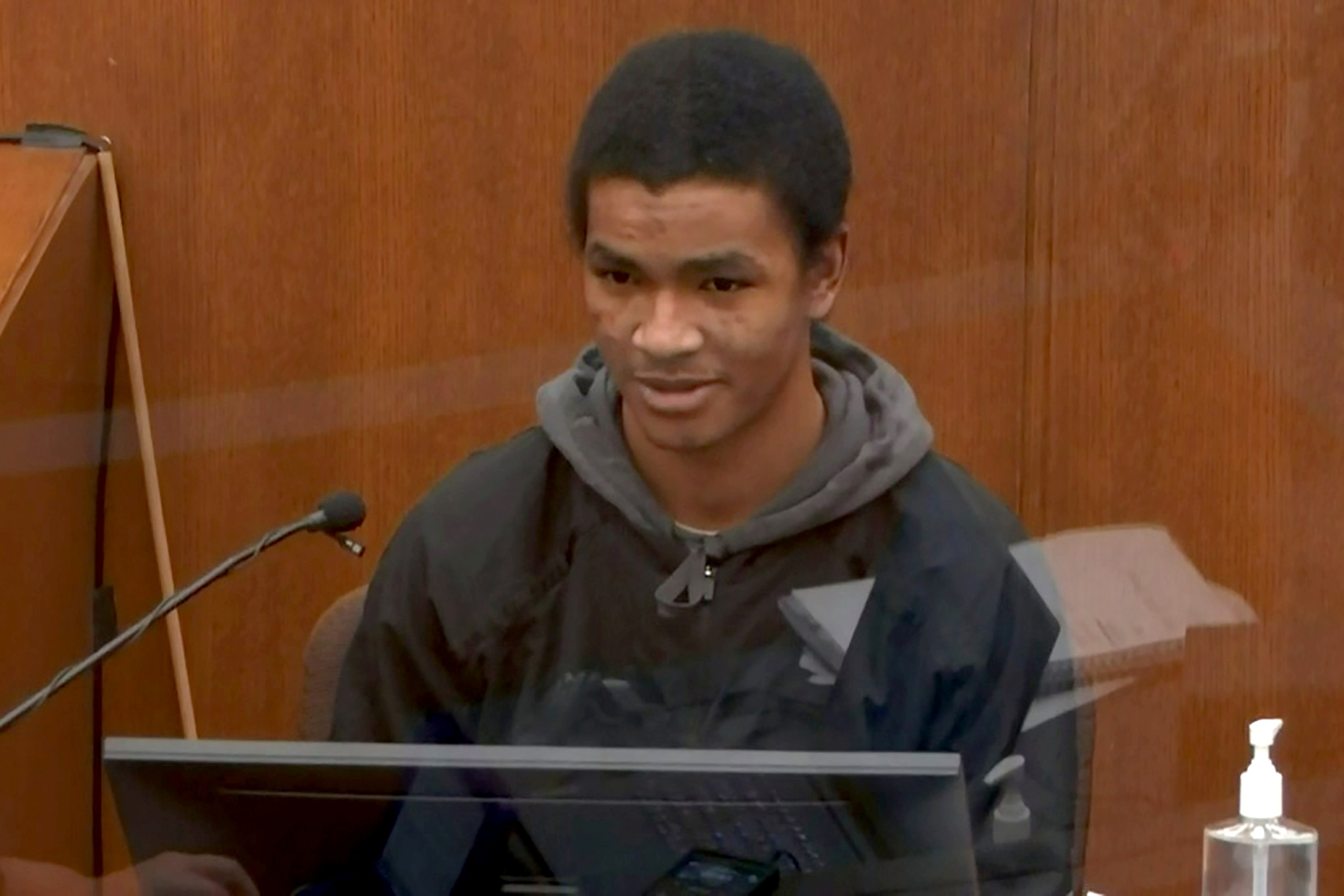 In the video, taken inside the Cup Foods, Floyd is seen strolling around and speaking to employees and other customers.

At several points in the video, which has no audio, Floyd is seen shuffling around and bouncing on his toes as he moves in and out of the shot.

A friend, who Martin said he later saw sitting in the passenger side of Floyd's car, is shown walking into the store and handing something to him.

The cashier said that earlier in the day, he had prevented that man, who was wearing red pants in the surveillance video, from using a fake bill.

He said the man seemed like he was "trying to scheme" and knew the bill was fake.

After around ten minute, the new surveillance footage shows Floyd walking up to the frount counter where Martin, wearing a gray hoodie, serves him cigarettes.

The cashier, who also lives above the store, told the court that while he believed Floyd appeared high, he could understand the request he made.

Martin, who had only been working at the store for four months, completed the transaction with Floyd but is seen holding up the $20 bill to inspect it and told the court he believed it was fake.

He described the bill as having a "blue pigment to it how a $100 would." 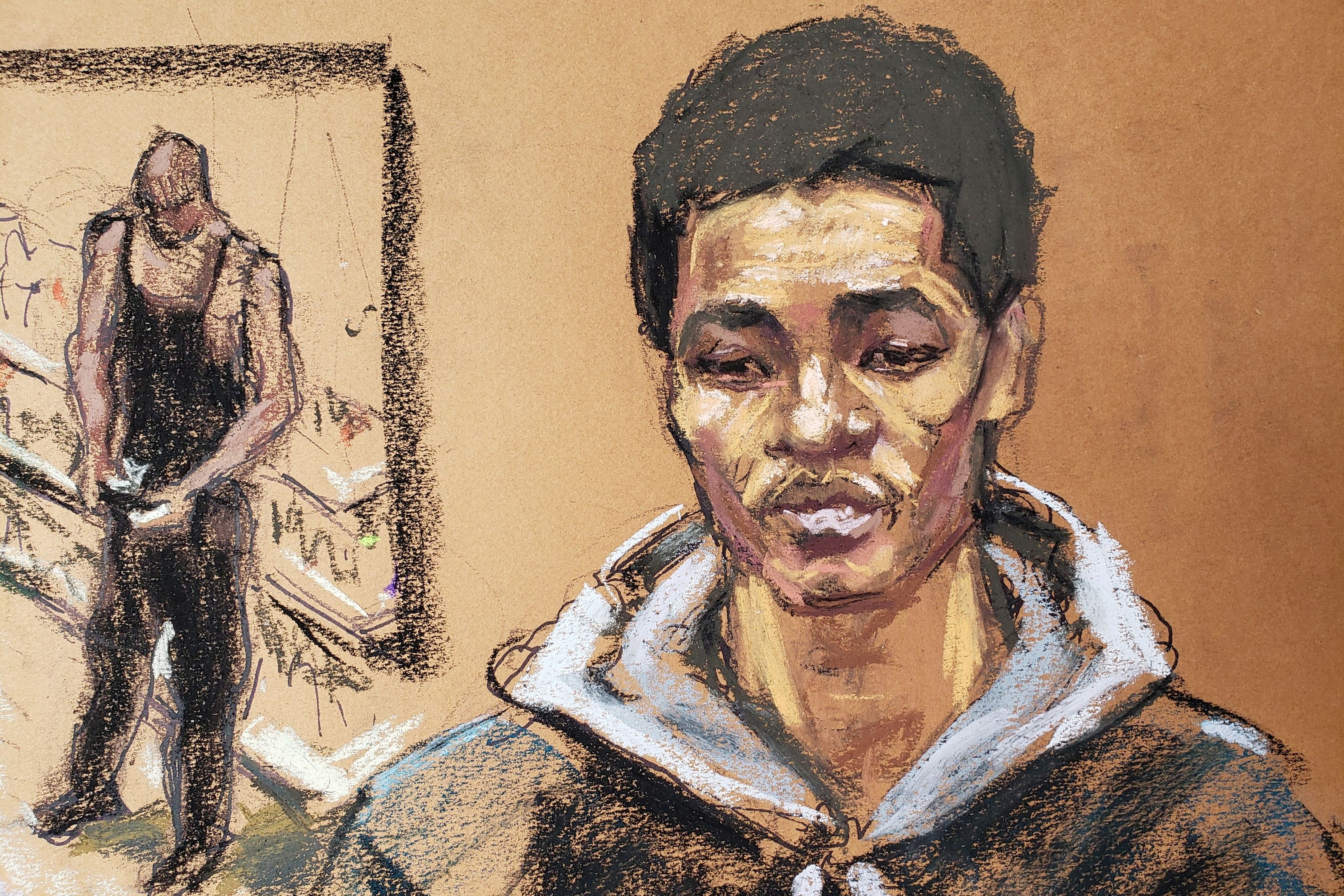 "I found it odd so I presumed it was fake," Martin explained.

“I don’t know what I was looking for, I just knew it was fake.”

He told the court that the store policy was that employees who accepted a counterfeit bill would have to pay for it themselves and that he was initially going to put it on his tab.

"Then I second guessed myself and kept examining it and eventually called my manager," Martin continued.

When questioned about why he allowed Floyd to use the bill he believed to be fake when he had earlier preventing the man in red pants seen interacting with the 46-year-old, Martin claimed he thought he was "doing him a favor".

"I thought that George didn’t really know it was a fake bill," he claimed.

How can I watch the trial?

The murder trial began on March 29 (and can be watched here) with both sides making there opening statements. 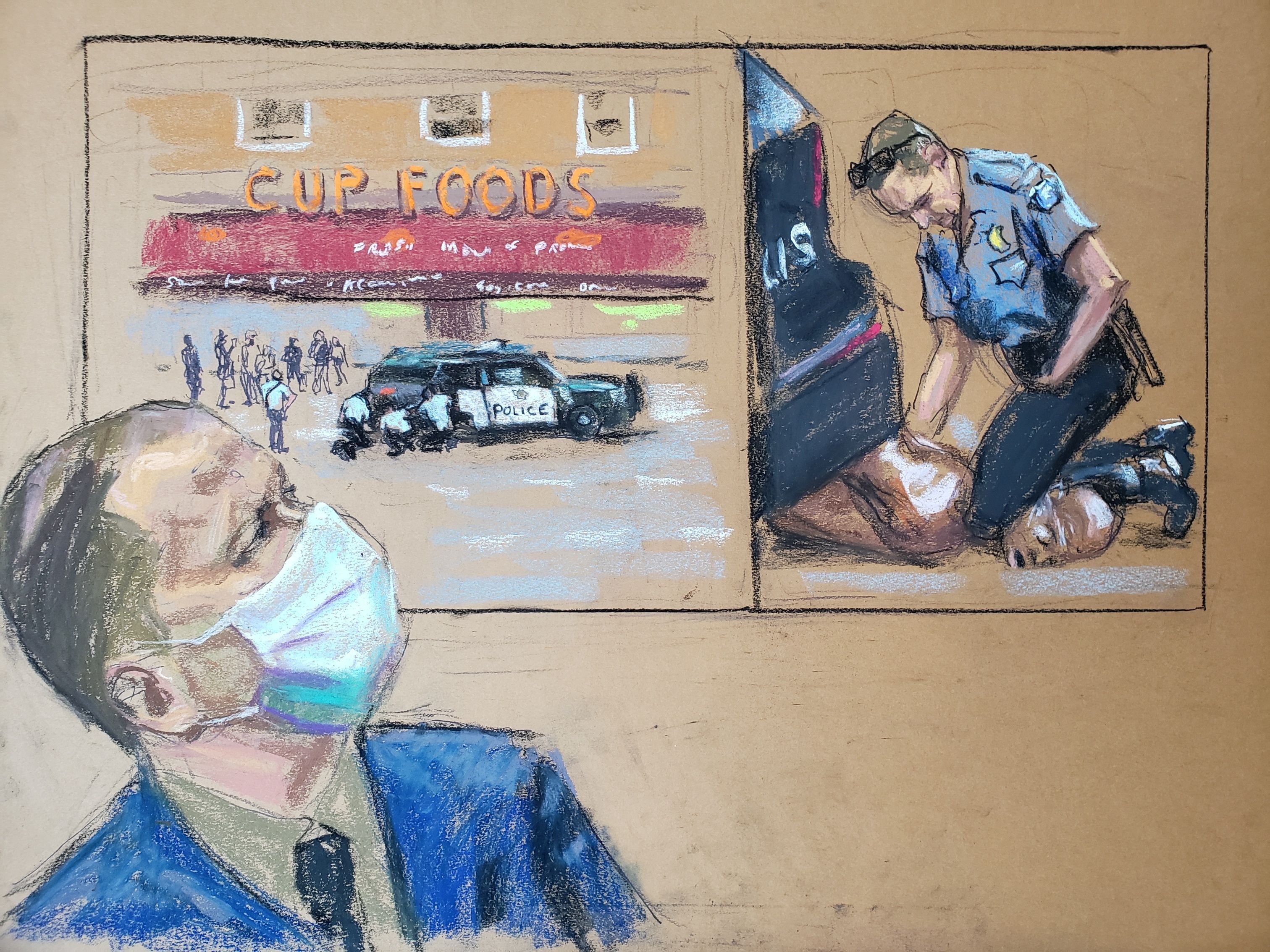 In the opening statements, the defense argued on behalf of Chauvin that Floyd died not of force administered by Chauvin, but instead the result of an "angry crowd, drug overdose and heart attack."