A DAD whose life was made a misery by his noisy neighbour dubbed 'Michael the Moron' has been left furious after he was spared jail.

Michael Hall, 67, used three leaf blowers at once, whistled Rolf Harris songs and blasted his radio through his garden hedge during a 20-year war on his suburban cul-de-sac. 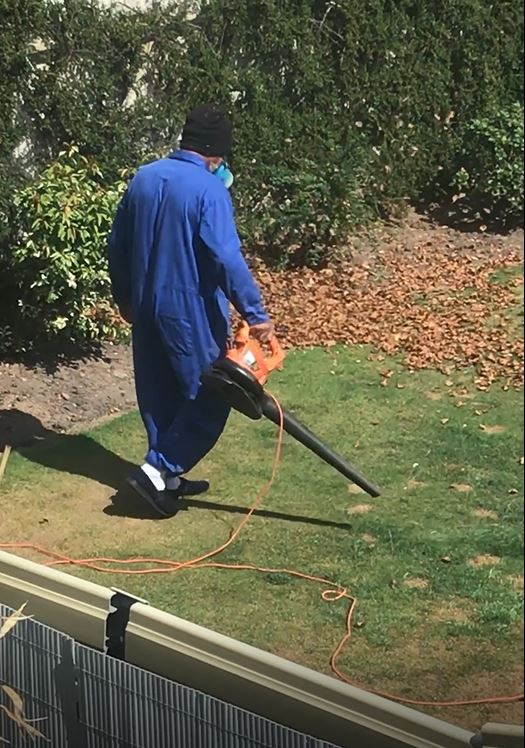 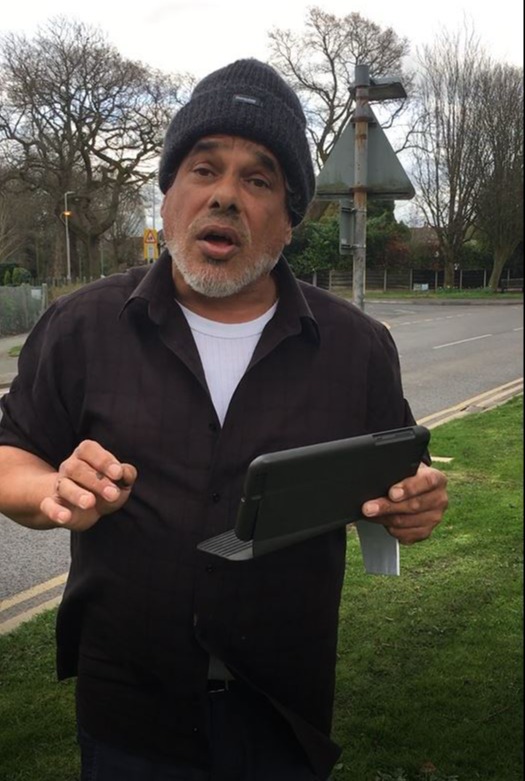 Neighbour Timothy Royle, 54, took Hall to court after years of torment – in defiance of a court order demanding he be more quiet.

He complained that Hall, a retired panel beater who lives with his 73-year old wife Pamela, had enraged residents by routinely waking them up as early as 4am.

They were startled by him starting his noisy camper van or switching on his chainsaw and angle grinder to do some early morning gardening or DIY.

He also repeatedly whistled paedophile Harris' 1969 hit Two Little Boys and even erected a battery of CCTV surveillance cameras above a wrought iron gate at his £250,000 property so he could illicitly film neighbours coming and going in the street outside.

The one-man war is feared to have caused a housing slump on his suburban street in Handforth, near Wilmslow, Cheshire, with his unruly behaviour so draining one residentsold his property for a reduced price to get out of the area.

Hall faced jail after being found guilty of harassment and breaching a restraining order, but today walked free.

"We have had twice the amount of witnesses this time – we have had statements from all the neighbours, we have so much incriminating evidence against him that’s overwhelming and yet he walks home. 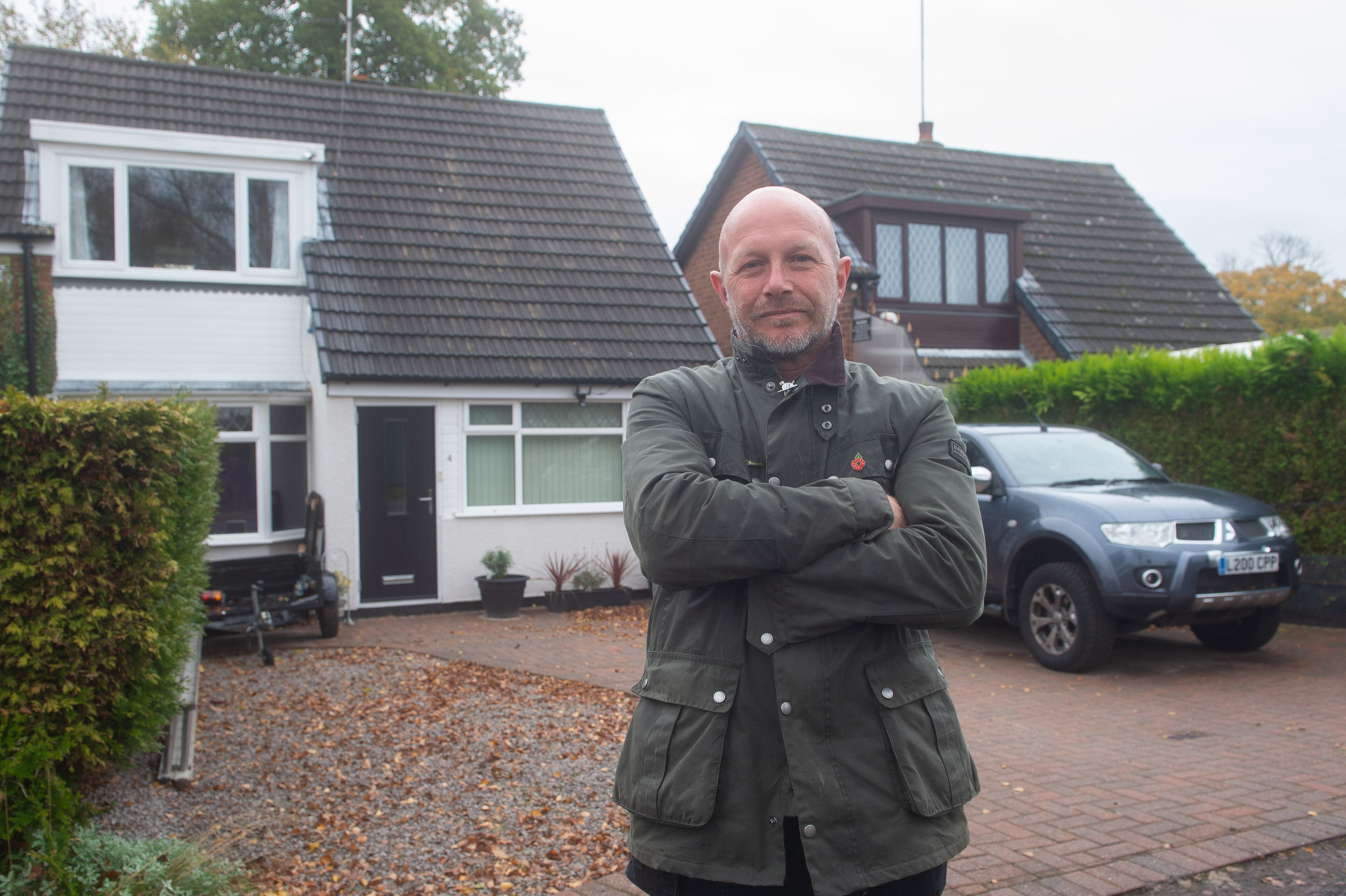 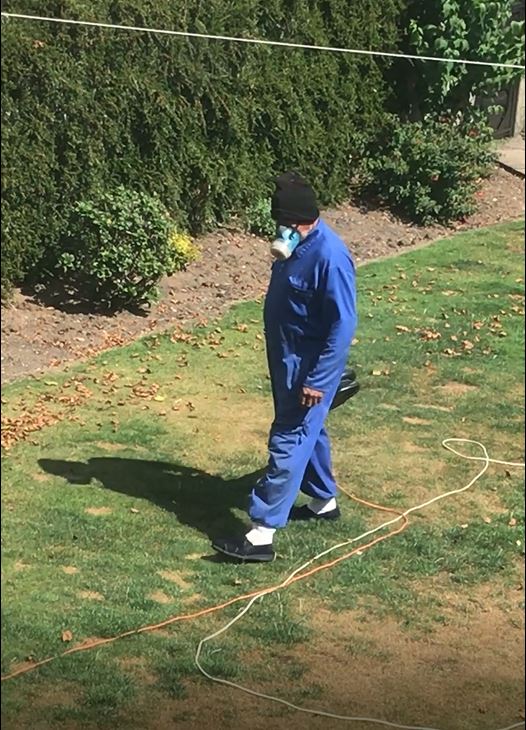 ''He’ll just do exactly the same again and continue to play the game. I am absolutely frustrated and infuriated. We’ve not had a day of peace from him.

''He will look for other things to do to intimidate and harass me. He’ll still whistle, every time I go out and he’s out, he’ll be singing away. Nothing will change. It’s pathetic."

Despite an impassioned plea for Hall to be locked up, the Hall – nicknamed 'Michael the Moron' because of his antics – was given 12 months jail, suspended for two years.

He was also ordered to complete 100 hours unpaid work, pay Mr Royle £300 compensation and another neighbour £100, and was banned from contacting both under the terms of a new two-year restraining order.

The latest incidents occurred between May and July last year, just 18 months after Hall had been issued with a two-year restraining order banning him from using power tools and gardening equipment during unsocial hours.

Father-of-two Mr Royle, a company managing director who moved to the cul-de-sac in 2016, told the Stockport magistrates court: ''I call him 'Michael The Moron' – a nickname I created for my young children as otherwise it would be a lot worse. 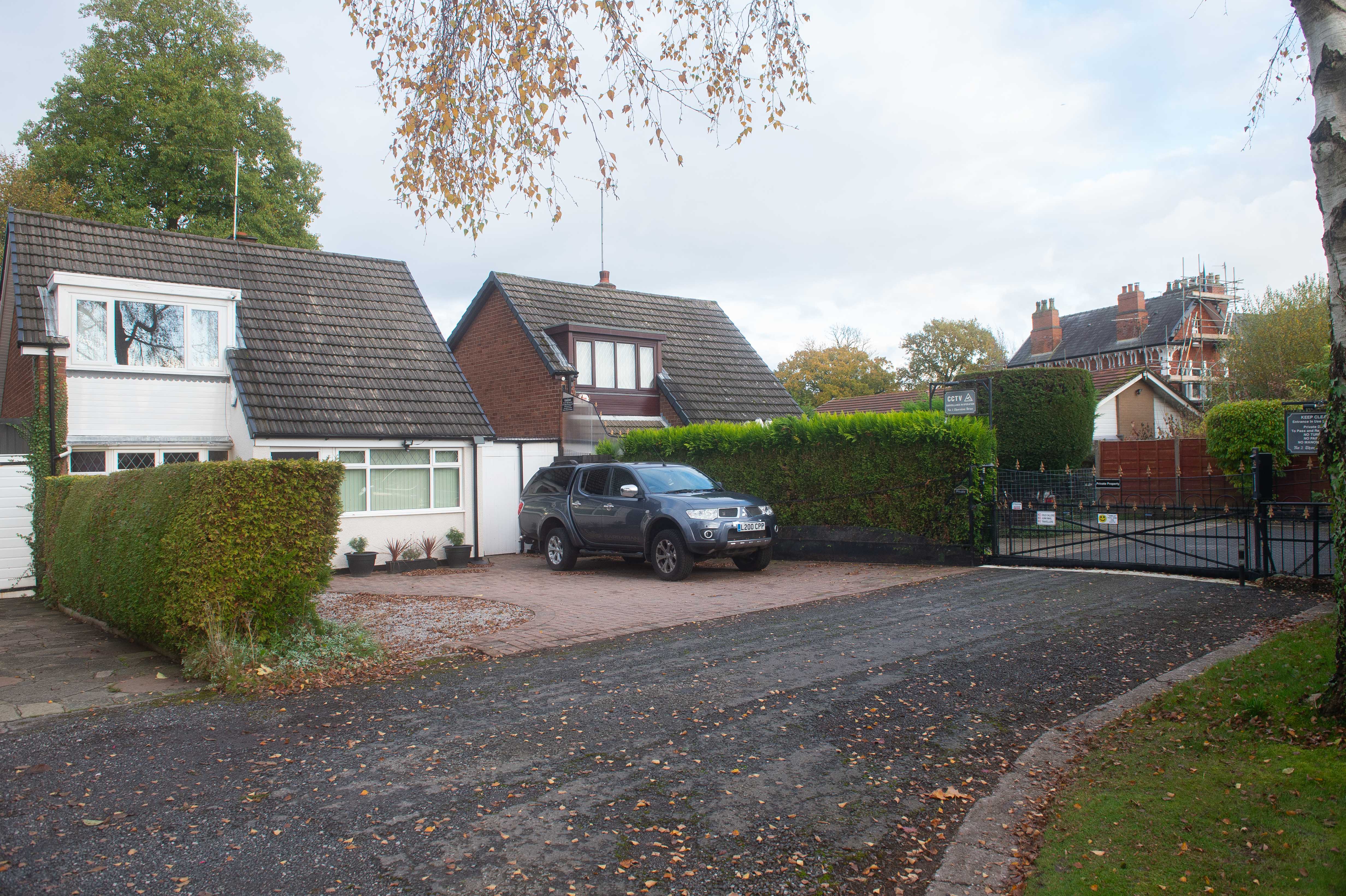 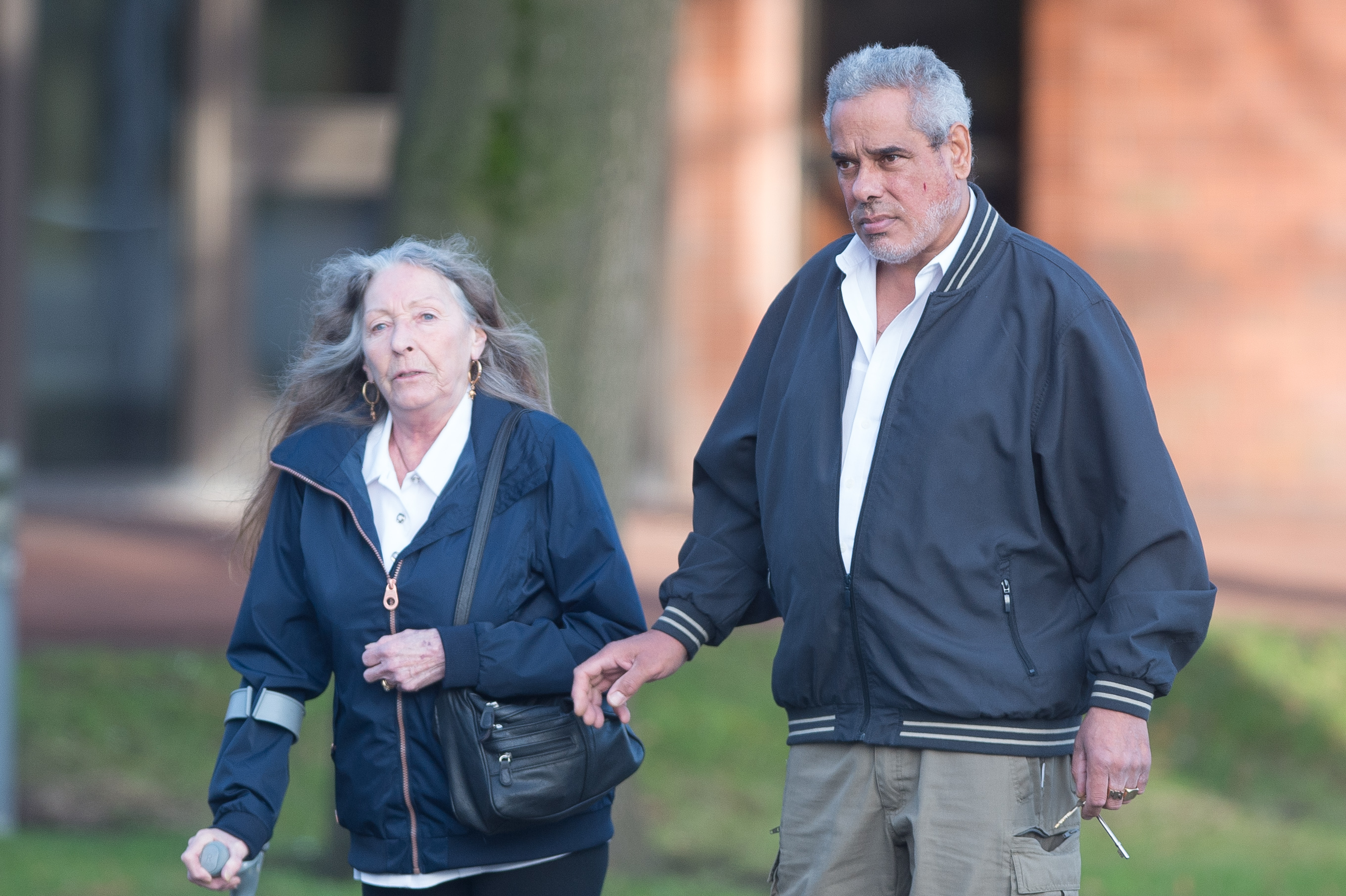 ''Michael and I do not speak as there is a lot of conflict from him towards me and all the other neighbours and this has been going on for 15 to 20 years.

"When I bought the property, it was hugely undervalued on the market due to the previous vendor having had issues with the defendant.

"He had driven all the previous people out but I bought the property with the viewing of making it my own.

''I thought I could win him over and not have a problem with him but when I moved in he started to intimidate me which he had done to previous neighbours for years."

He continued: 'There is constant noise. He plays his radio through to my property as early as 7am all the way through to 8pm – this is every day.

"Sometimes he has three leaf blowers going even though there was a restraining order designed to stop leaf blowing at unsociable hours as well as doing other things.

"It was implemented to protect the peace and tranquillity of the cul-de-sac.

''But what he does is deliberate and relentless. We went to Australia for a month and the day we returned we got back at noon and went to the bedroom for a nap and then the leaf blowing started again.

"There are so many instances I had to start logging it.

Mr Royle said the blowing would last "hours" and he could hear it inside his house, even with the windows shut. 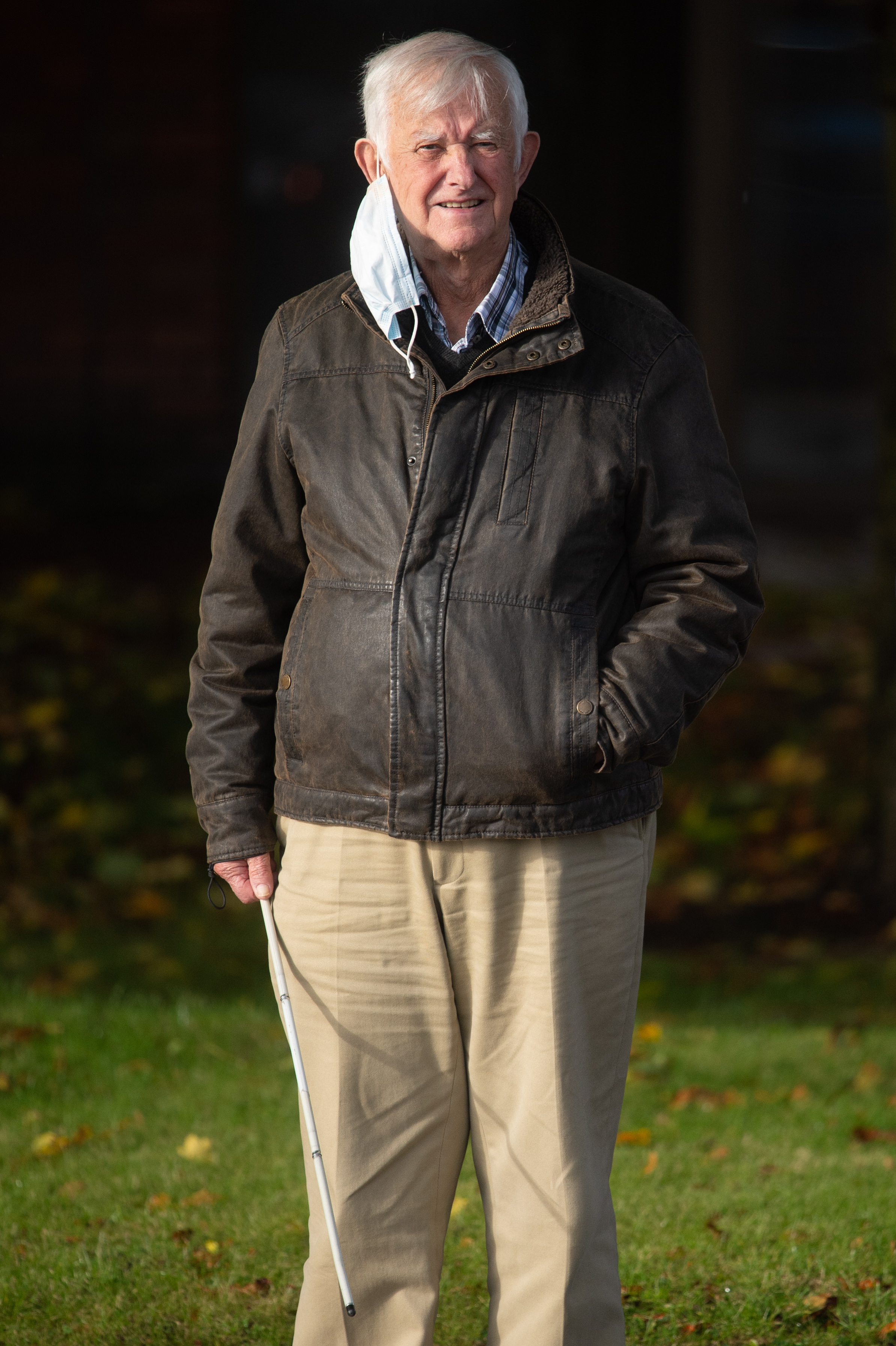 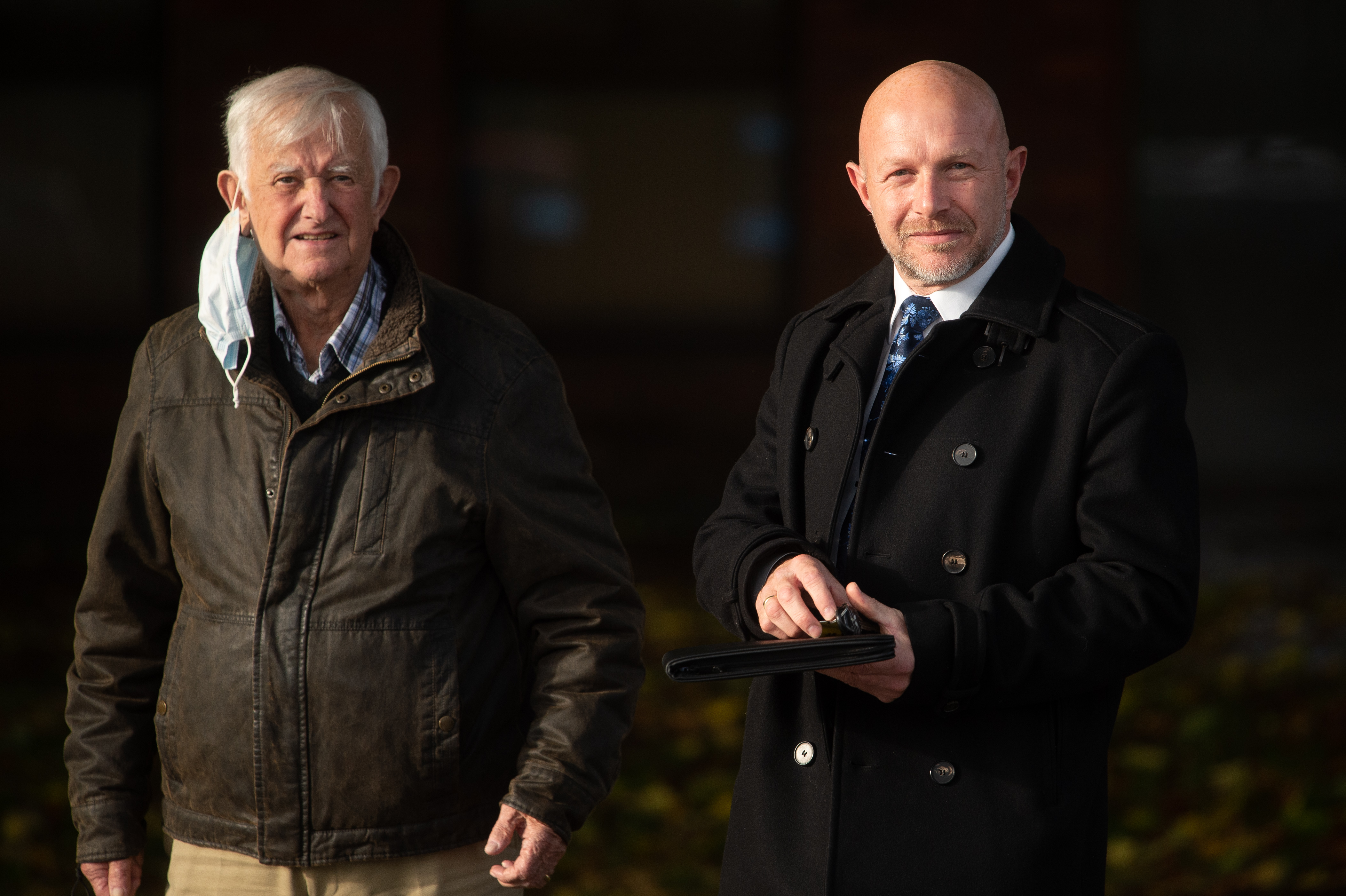 He described the ordeal has "incredibly frustrating" and said that Hall is "trying to destroy the peace of the cul-de-sac".

He added: "It is a game to him and he does nothing but annoy the neighbours. I have even been assigned my own personal police officer because the complaints are that frequent. It has been relentless and soul destroying."

"It is increasingly frustrating because you would think someone of his age would grow up and get on with his life instead of constantly winding me up," he said.

"The radio is put on a chair next to the hedge and it is played loud all day every day.

"Even when it is raining, he will put a bag over the radio and play it. He is just so petty-minded and vindictive.

"We cannot do anything to get any peace and quiet. When I go out and when I come back, he will deliberately start leaf blowing again. He even leaf blows in his dressing gown."

Things got so bad Mr Royle's partner even moved out for six months.

He said: "It was only when the restraining order came in that she came back but it has now started again.

"What he does is all calculated and there is no reason for it. It is thuggery, nothing else." 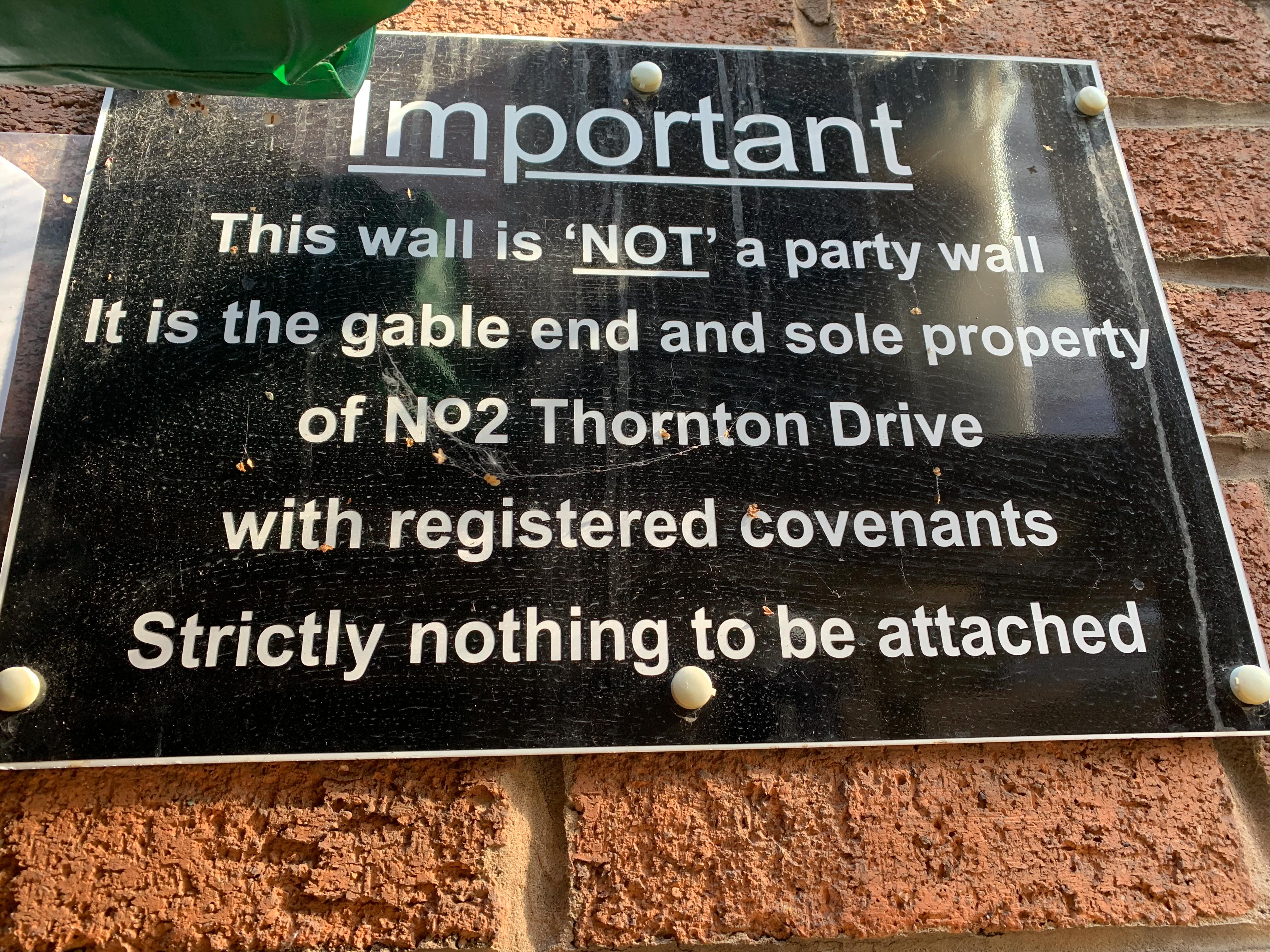 Another neighbour, Peter Dean, said: ''I have lived at my address for 15 years and have spoken to Michael Hall just once in four years as I don't want any earache of any description.

''It is those three leaf blowers going at the same time. Sometimes, he would have one in his hand and he would leave the other two still going.

"I was in my garden and I could hear the damned things going. It is quite noisy and makes quite a racket when three are going at once.''

Hall, who denied wrongdoing, claimed he only had two leaf blowers, adding: "My wife can lose her balance on a pebble and I use the leaf blower to move the pebbles out of the way so my wife will not stumble on them.

''Last May we had also had gales and there was a lot of debris in the garden and therefore it was necessary for me to use the leaf blower.

"It is used roughly at 8.45am – it is not just me making noise at this time, the other keen gardeners are at it too.

"Years ago, I had more than one leaf blower blowing at one time, but this was before Mr Royle moved in.

"It was also not my radio playing. It was coming from the building next to me and and I was not whistling.

"I would never breach my order. Flipping heck, I was aware of what would happen if I was convicted again."

Defence lawyer Joe Rawlings told the hearing: "This defendant has never been dealt with by way of a suspended sentence, so in my submission, I would ask you to step back from immediate custody. Not all matters have been exhausted yet.

"The level of offending is very low and there is no dealings with threats or violence.

"The defendant is the sole primary carer of a relative, who has mobility issues. Sending him to custody would have a significant impact on that party.''

Sentencing JP Marilyn Gibson told Hall: "You have shown no remorse at all and there has been a blatant disregard for court orders.

"But we are satisfied you can be rehabilitated in the community."