FULLY vaccinated people who catch Covid may still pass on variants, a study has found, as fears grow Britain's lockdown freedom on June 21 is on the brink.

Researchers at the University of Washington in the US conducted the study using samples from 20 health workers who got Covid after receiving both doses of the Pfizer or Moderna jabs.

? Read our coronavirus live blog for the latest updates

Britain had hoped to jab its way to freedom as all restrictions were set to be lifted at the end of the government's roadmap next month.

But the rapidly spreading Indian variant and creeping up cases has already raised questions over whether or not the rules will have to be extended.

And the new study reveals the danger of the virus spreading while many people remain unvaccinated, with 24million people – around 38 per cent of the population – so far having full coverage from the jabs.

The study showed all 20 were infected with the so-called "variants of concern" as the virus continues to mutate.

Eight contracted the UK strain, 10 had one of the two California variants, and the final two medics caught the mutants from South African and Brazil.

The researchers compared the samples to 5,174 non-vaccinated people who had Covid, and only 67 per cent of them had a picked up a variant of concern.

It also found that vaccinated individuals infected with the variants had high viral loads.

Dr Pavitra Roychoudhury told The Telegraph the "prevailing understanding" that while vaccine breakthrough cases may occur, the infections would be mild.

She said: "But in contrast to that, what we saw among our 20 samples was that a number of them actually had quite robust viral loads. 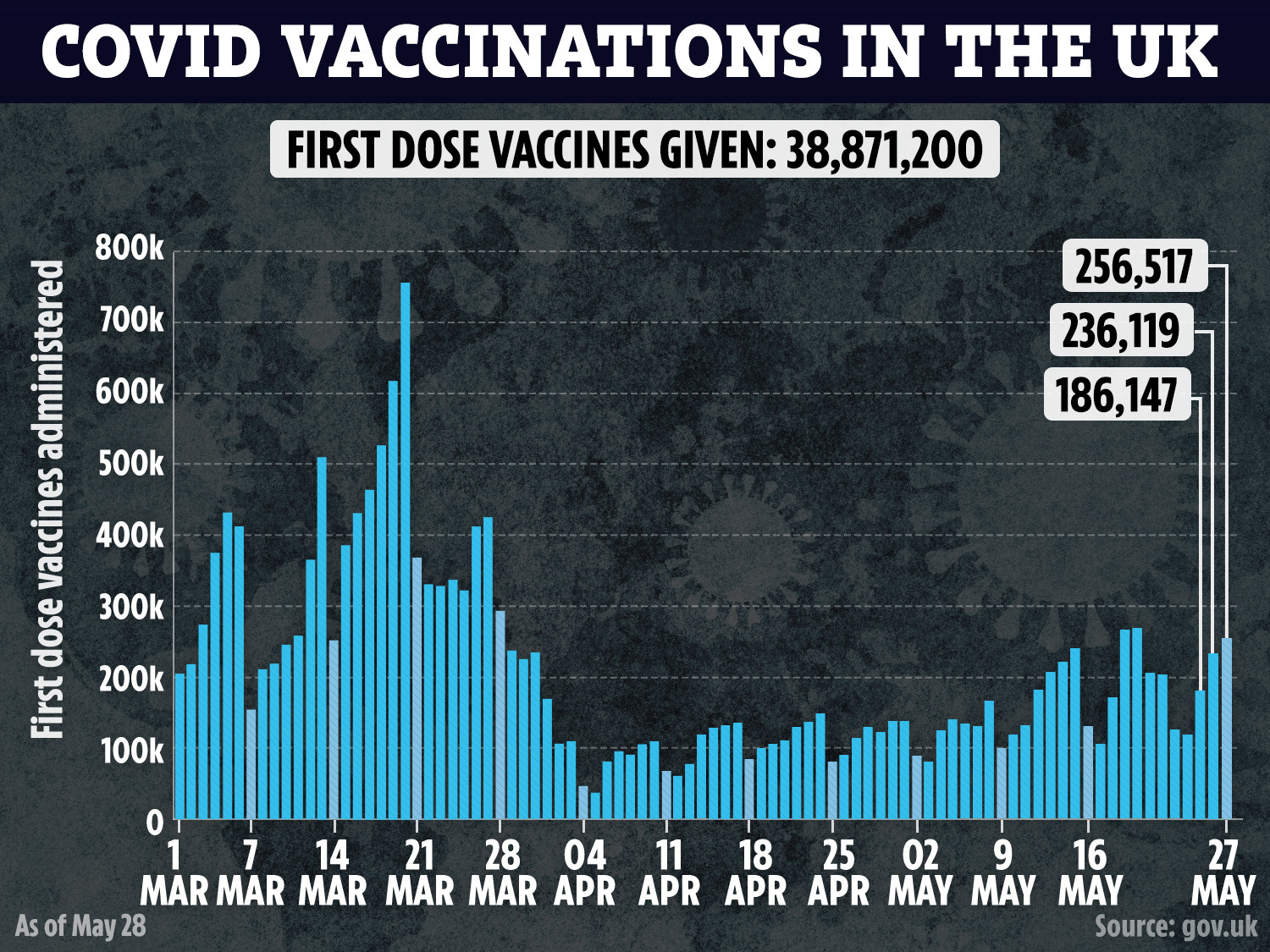 None of the 20 patients studied were hospitalised and its unknown if they did pass on the disease to others.

Dr Roychoudhury said the high viral lands highlighted the importance of continuing self isolation – and added studies like this are key for help manufacturers develop booster shots to the beat the variants.

She emphasised that the study does not show the current vaccines are ineffective.

The doctor said: "A lot of the antibody responses are pretty broad.

"The vaccines are not designed to be super specific so they will be able to target the variants."

And she said as more and more people are vaccinated, the number of breakthrough cases are likely to come down as overall infection levels reduce. 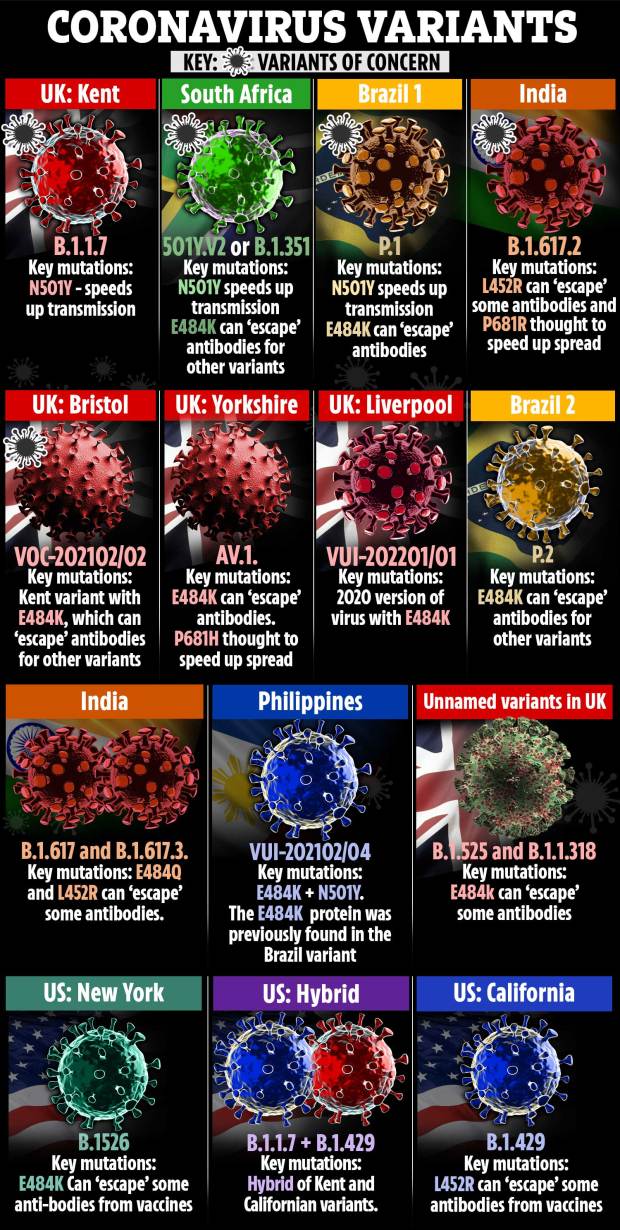 Scientists and doctors are facing a race against time to vaccinate enough people to slow down the spread of the virus.

The virus's uncontrolled circulation allows it mutate, with regular warnings that this could spawn new variants which could overcome the jabs.

It has already been warned face masks and home working could stay beyond June 21 if the Indian variant continues to spread in the UK.

Friday's number was the highest daily figure since April.

And yesterday, Vietnam announced it had discovered a Indian-UK variant hybrid which appeared to spread faster and more quickly replicate. 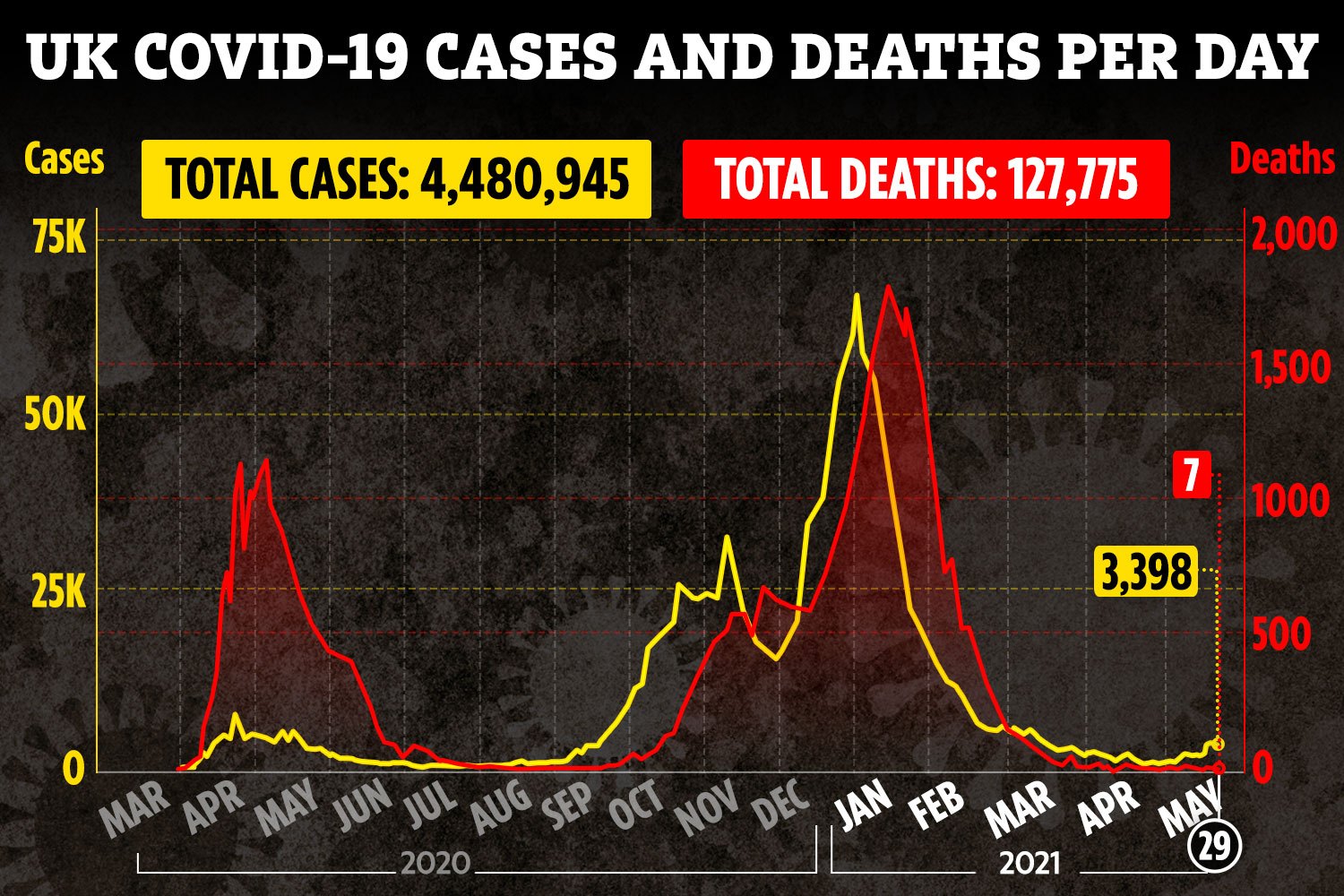 Professor Neil Ferguson, dubbed Prof Lockdown, previously said mutant strains could prevent the Government’s roadmap from going ahead as planned if it is more transmissible than previous variants.

He added that it could be another “two to three weeks” before it is clear whether the final step in lifting the lockdown can safely go ahead on June 21.

Meanwhile, Professor Ravi Gupta, professor of clinical microbiology at the University of Cambridge, has warned we could now see “super mutant viruses” emerge.

He said that while this would not necessarily be a bad thing, the virus would try to become more efficient at transmission as more people are protected.

Prof Gupta said that as vaccine coverage increases, for most people who get Covid-19 it will be a mild illness, even with the “super variants”, but there will always be some vulnerable people.

He said hospitals in Indian variant hotspots were seeing cases rise steadily and not at "an alarming rate".

Mr Hopson said: "The next seven days will be crucial, and trusts will be monitoring the data closely."