A HORROR interstate crash involving at least 50 cars and trucks saw multiple being hurt and trapped this morning.

The Fort Worth Fire Department told The Sun that rescue teams were having to cut people out of vehicles and "multiple patients" were transported to hospital. 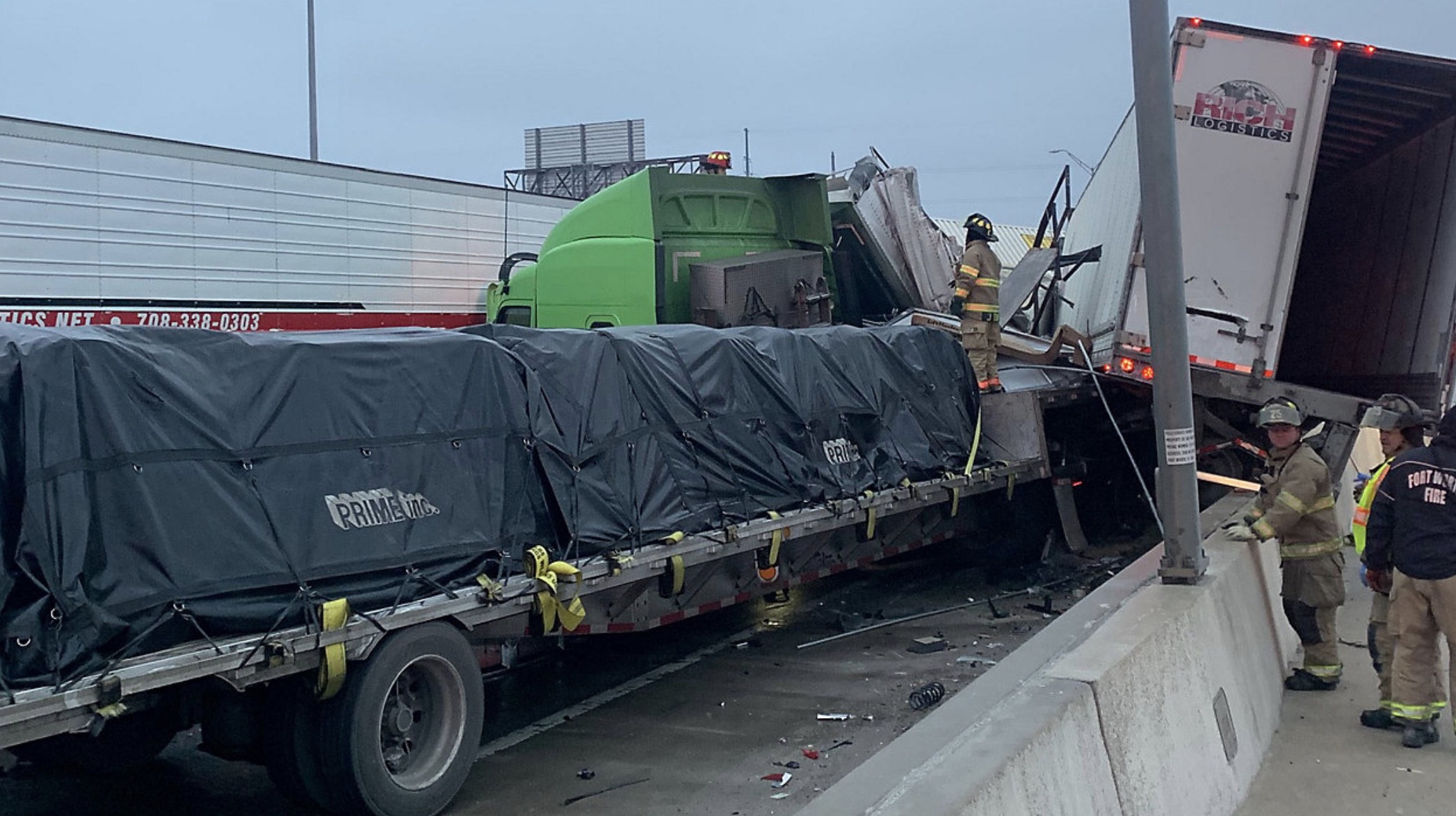 The spokesman added that many vehicles obtained "extensive damage."

Officials are still searching through cars and trucks to make sure no one is still stuck inside.

MedStar confirmed that dozens of people were injured, with some people being in critical condition, according to a local NBC affiliate reporter.

Footage, reportedly from the scene, showed several cars that were damaged.

Some vehicles were strewn across the freeway, and several huge trucks appeared to be involved.

The incident happened while the region is under a winter weather advisory.

Police confirmed that the incident was due to the weather and for drivers to expect "lengthy delays."

The city experienced overnight freezing rain and some sleet, according to the Star Telegram.