A FOOTY-loving landlord is boasting his pub is the “best decorated in Britain”, after covering it with 500 Euro 2020 flags.

Adam Chamberlain, general manager of the Big Tree pub in Sheffield, spent 36 hours pinning up more than 1,000 feet of flags, in anticipation of the much-anticipated championship. 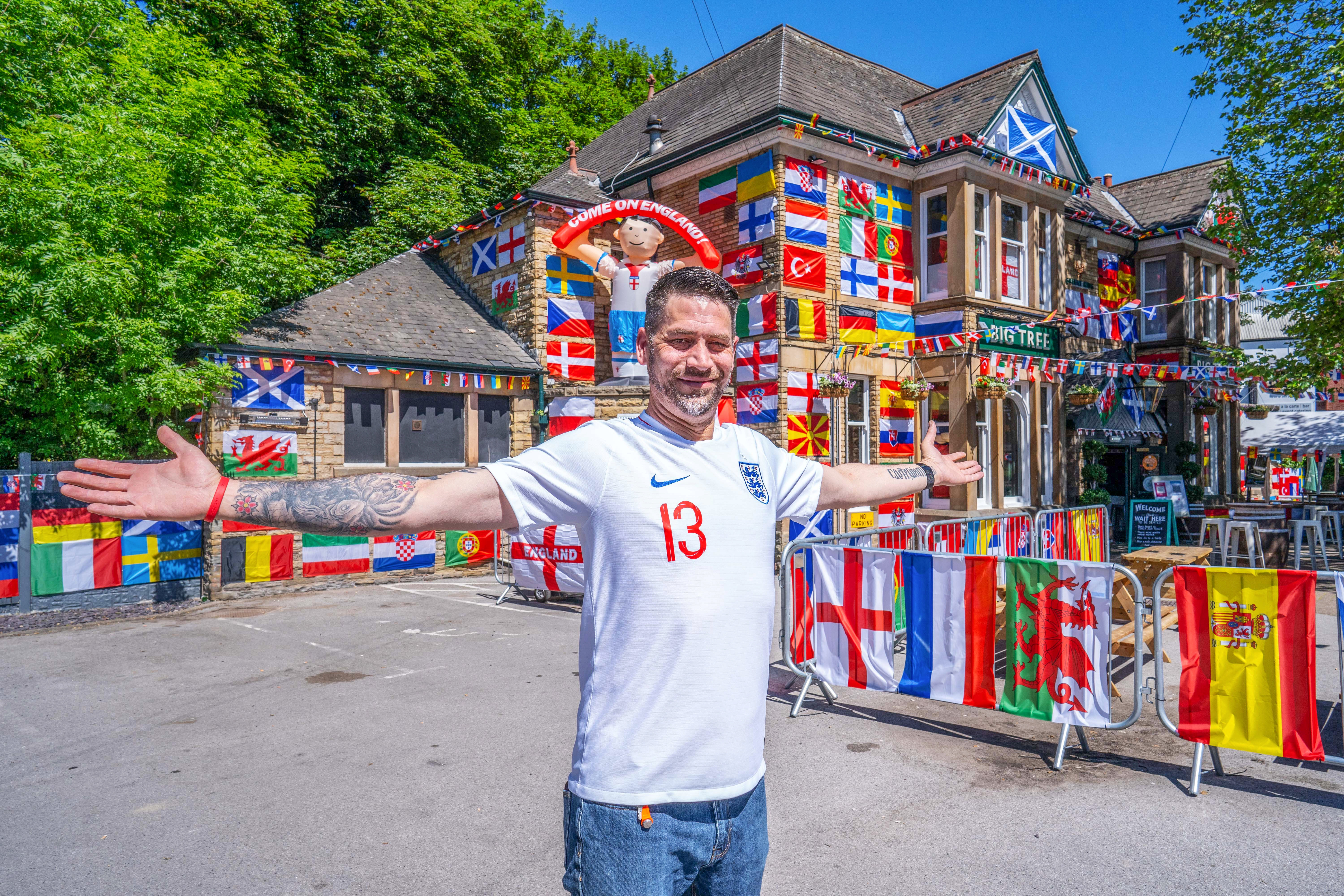 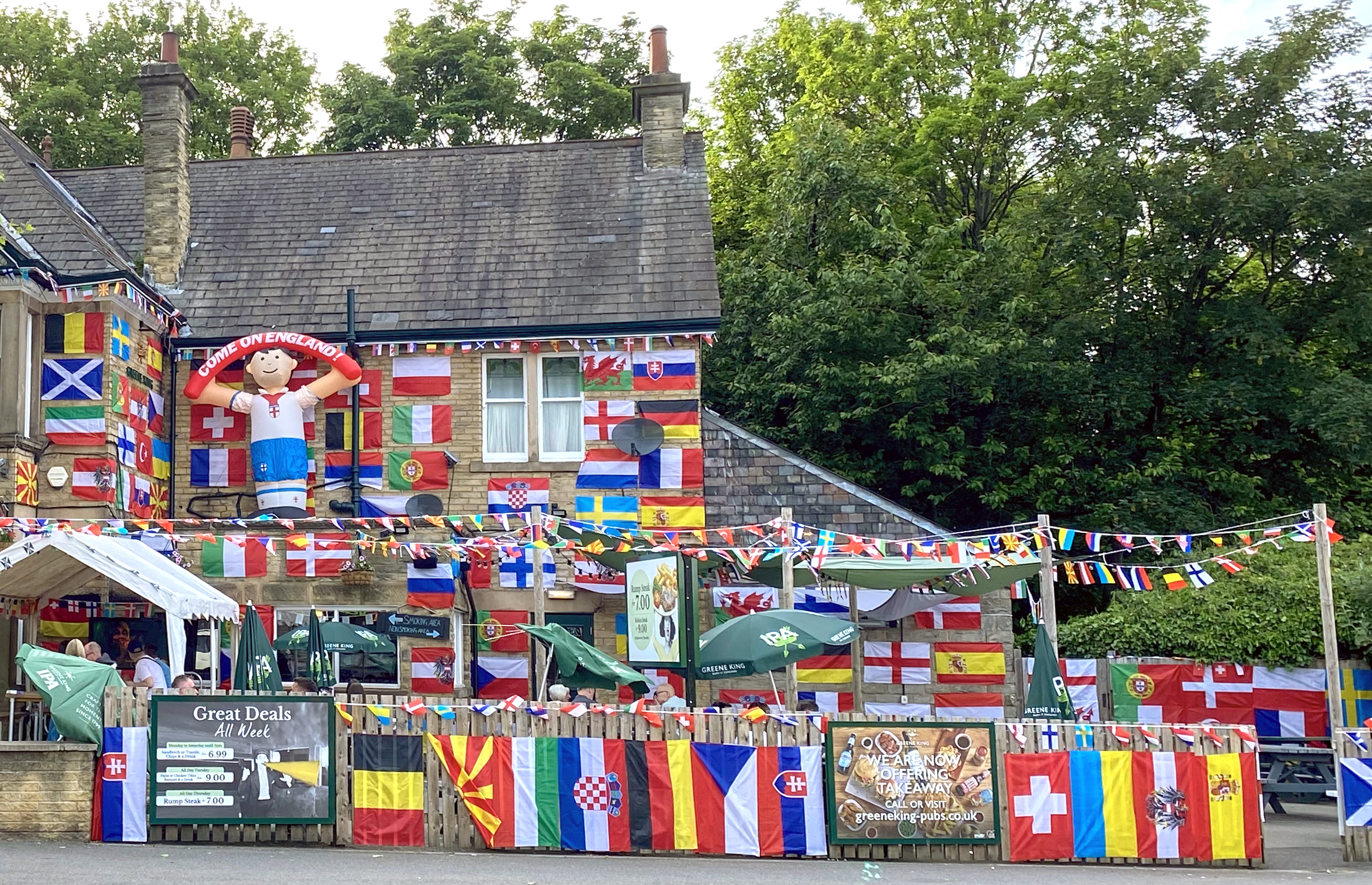 The pub is now plastered in flags from every nation that qualified for the European Championships this summer, as well as two 10ft tall “Come on England” inflatable mascots.

Staff will also be wearing England t-shirts during their shifts, to show support for the Three Lions.

Chamberlain said this year’s tournament featured one of the best England squads he’s seen in his lifetime.

The pub, which is one of the Greene King chain, is set up with six 55-inch TVs inside, as well as three 50-inch TVs in the beer garden for supporters to enjoy.

"I'd like to think this is the best-decorated pub in the UK,” Chamberlain said.

"We thought we wanted to do something special for the Euros because it's been quite a tough year and we're all just buzzing for this.

"We wanted to lift spirits and get everyone excited and thought – go big or go home.

"We spent around 36 hours pinning the flags up, which was quite the effort but it's absolutely worth it looking at it now.”

The weather had been incredible, he said, and the team was “buzzing”.

"I don't want to get ahead of myself, but it's coming home."

After a year’s postponement due to coronavirus, the European Championship will take place between Friday, June 11, and Sunday, July 11, 2021.

The championship will see the best European teams battle it out to dethrone 2016 champions, and first-time winners, Portugal. 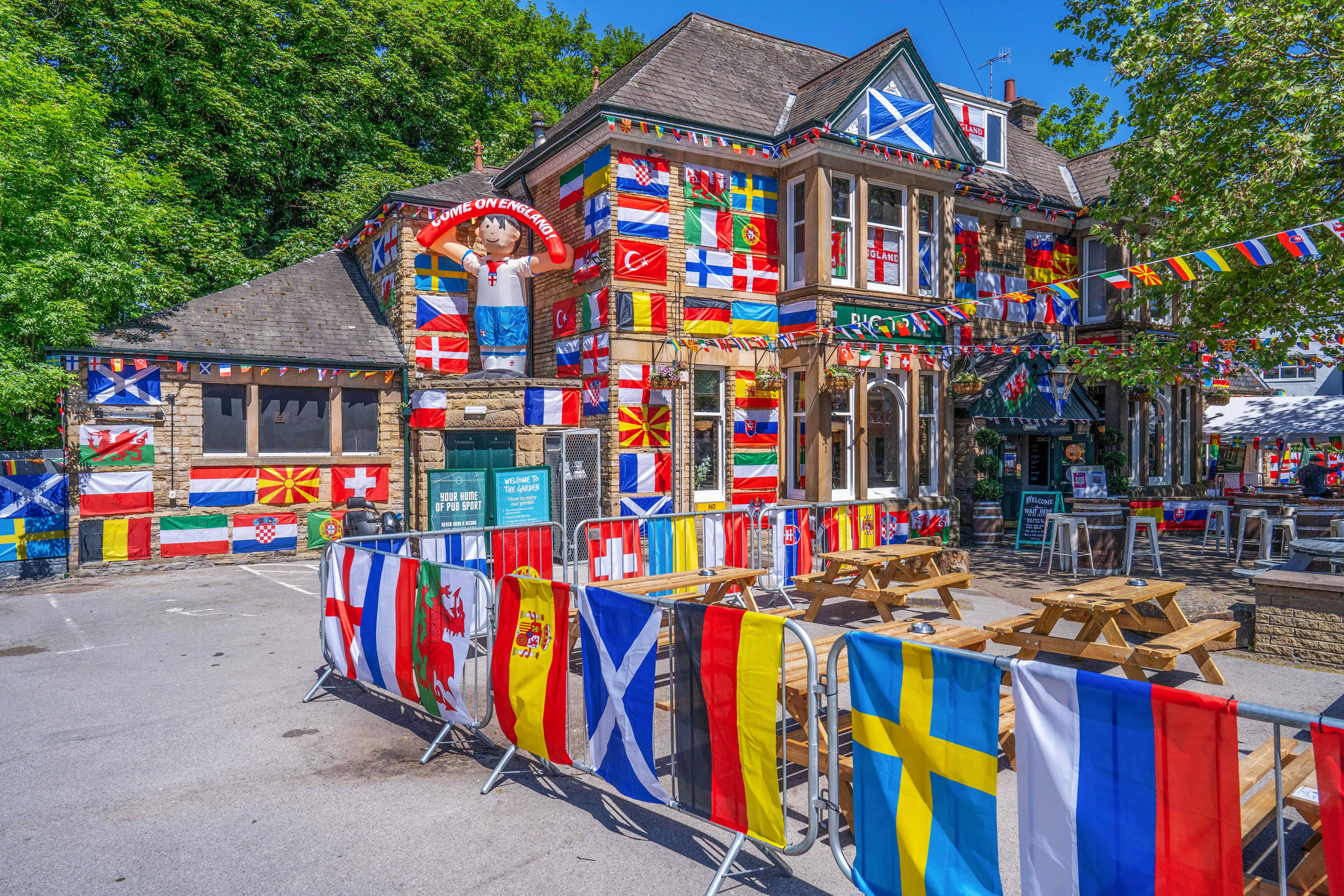 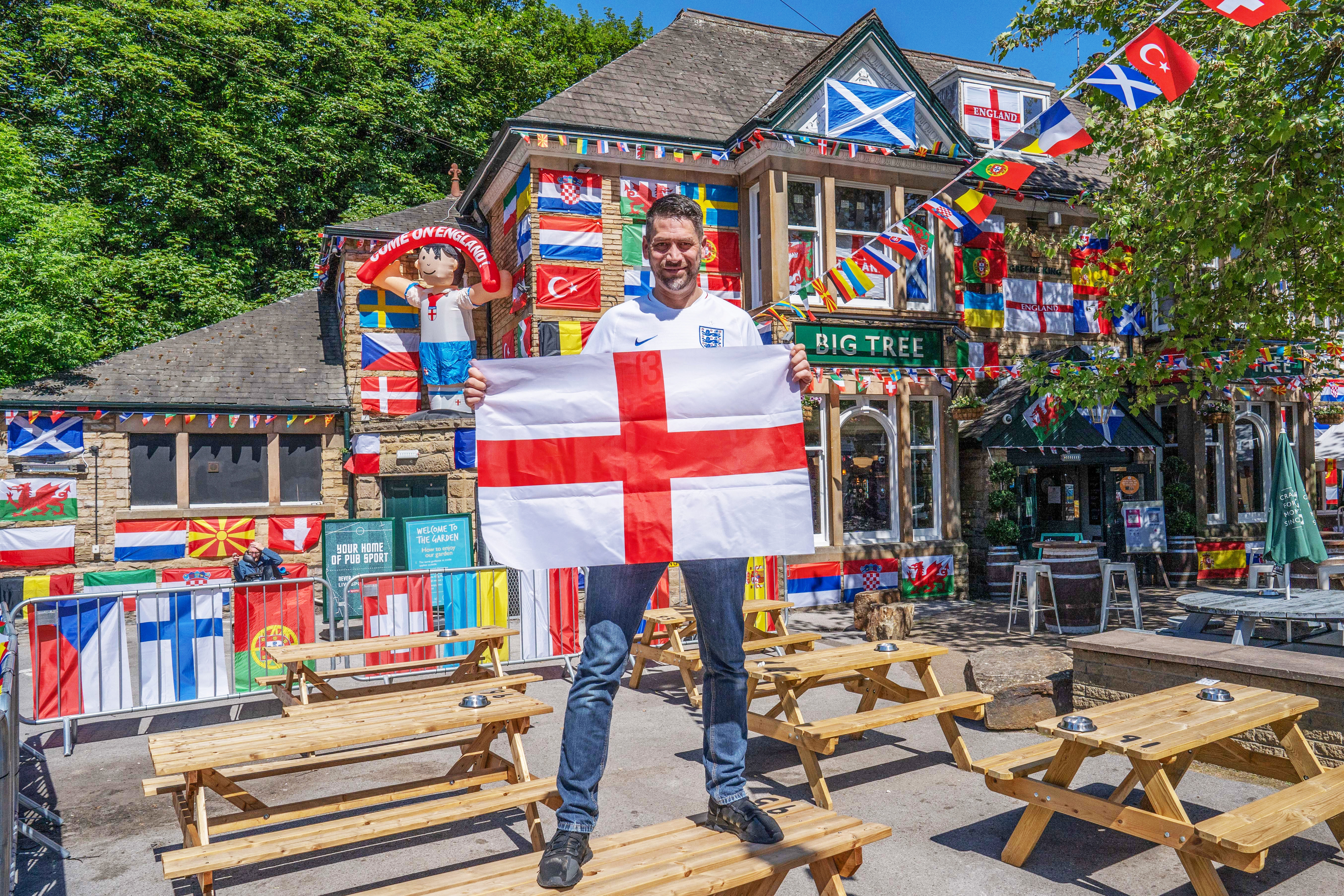 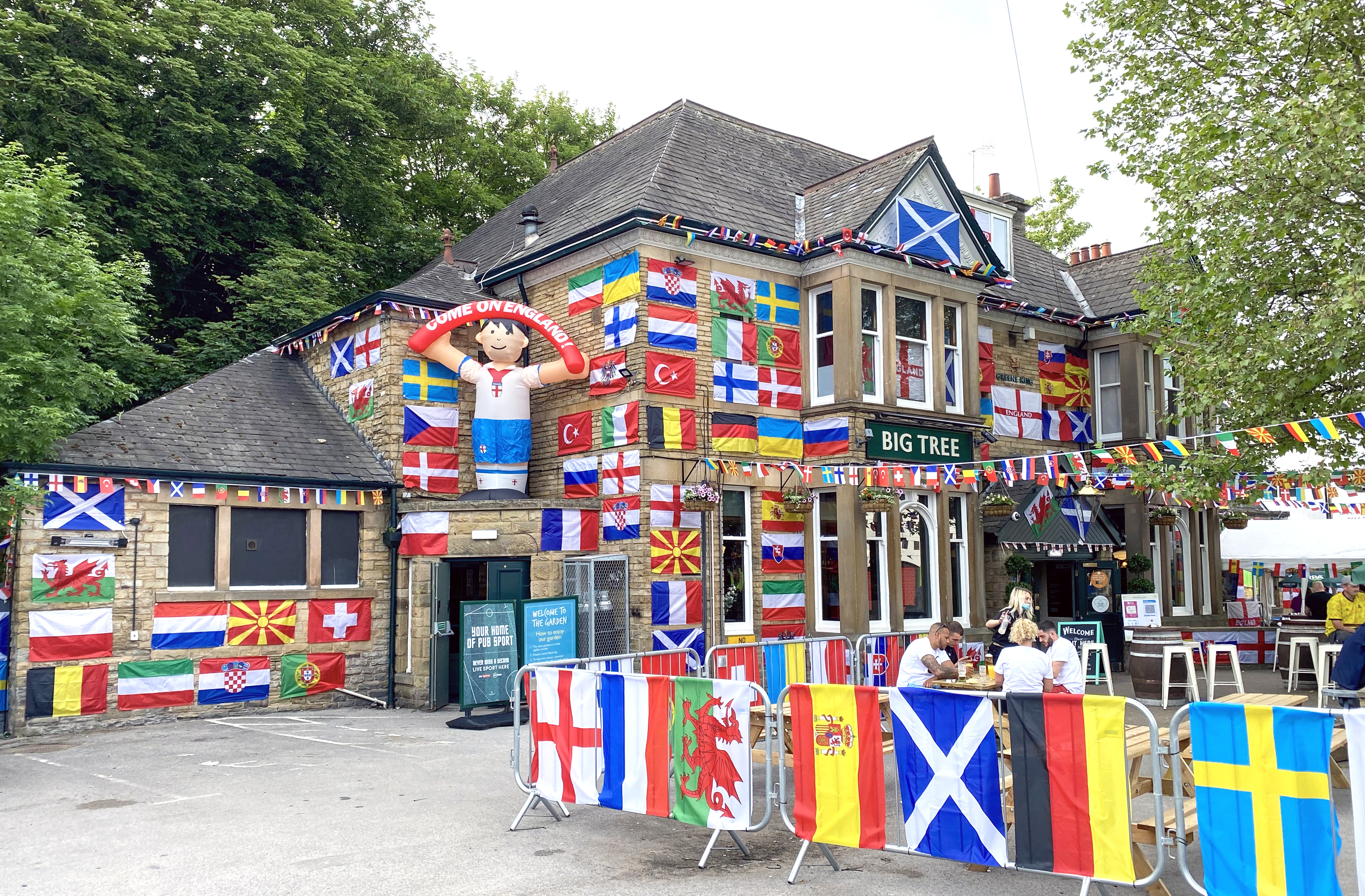