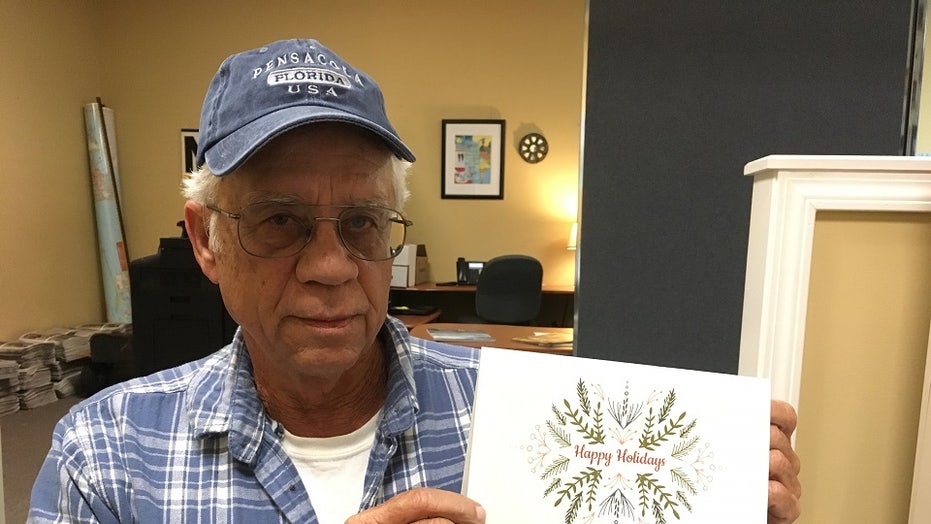 In a second act of kindness, a Florida business owner is covering the overdue utility bills for 114 families at risk of losing service so close to the holiday season.

Michael Esmond's act of giving is a repeat of last year when he paid the utility bills for 36 families in the panhandle city of Gulf Breeze just before Christmas. Esmond, who owns Gulf Breeze Pools & Spa near Pensacola, told Fox News he donated $7,615 this year as the city faces an economic downturn caused by the coronavirus pandemic and Hurricane Sally.

"We're in an area here that's a big vacation area and our summer was devastated," Esmond said. "It became a no-brainer that this year was going to be alot worse for some families than what last year was. The pandemic and mother nature really threw the coup de grace with Hurricane Sally." 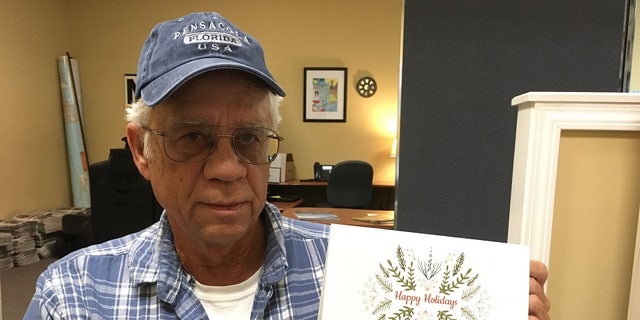 Mike Esmond holds a holiday card in 2019 informing customers in Gulf Breeze, Fla., that their past due utility bills have been paid.
(Gulf Breeze News)

Gulf Breeze has been hit hard by the pandemic and the lingering effects of the storm, which damaged part of the Pensacola Bay Bridge that connects to the city, Esmond said.

With many families falling behind on their bills, Esmond said he wanted to make their holiday a little less stressful.

Joanne Oliver, the city's utility billing supervisor, told Fox News the money will go toward settling bills from customers who were 60 days past due for their water, sewer and gas utilities. The balance left over will help cover bills for those who are 30 days past due, she said.

"We don't ever do cut-offs near a holiday," Oliver said. "If Christmas falls on a cut-off day, we're not cutting people off. It will get delayed until the following week."

Esmond, who donated $4,600 last year before Christmas to help pay off his neighbors' utility bills, cited his financial struggles in the 1980s while raising three daughters. At one point in 1983, he made the decision to forgo paying his gas bill in order to pay for other necessities.

"I just didn't have enough money to put food on the table and pay all the bills," Esmond said. "That winter it got down to 6 degrees… the coldest winter we've ever had.

"We had ice and frost inside the house," he added. "I can relate to getting to a point in your life where you say 'I can't do it. I can't pay everything' and you let something go."

Esmond said he's received calls from around the world from people who want to donate to his cause.

"What I suggested to them to do is 'take the money that you wanted to send me and go to whoever runs the utilities in your community and do the same thing.'"