A FIVE-month-old baby died while sleeping on a sofa with her aunt as her parents went to an Ed Sheeran concert.

Little Esme Brotherton was found "blue and lifeless" after she fell asleep at the home in Northern Moor, Greater Manchester in May 2018. 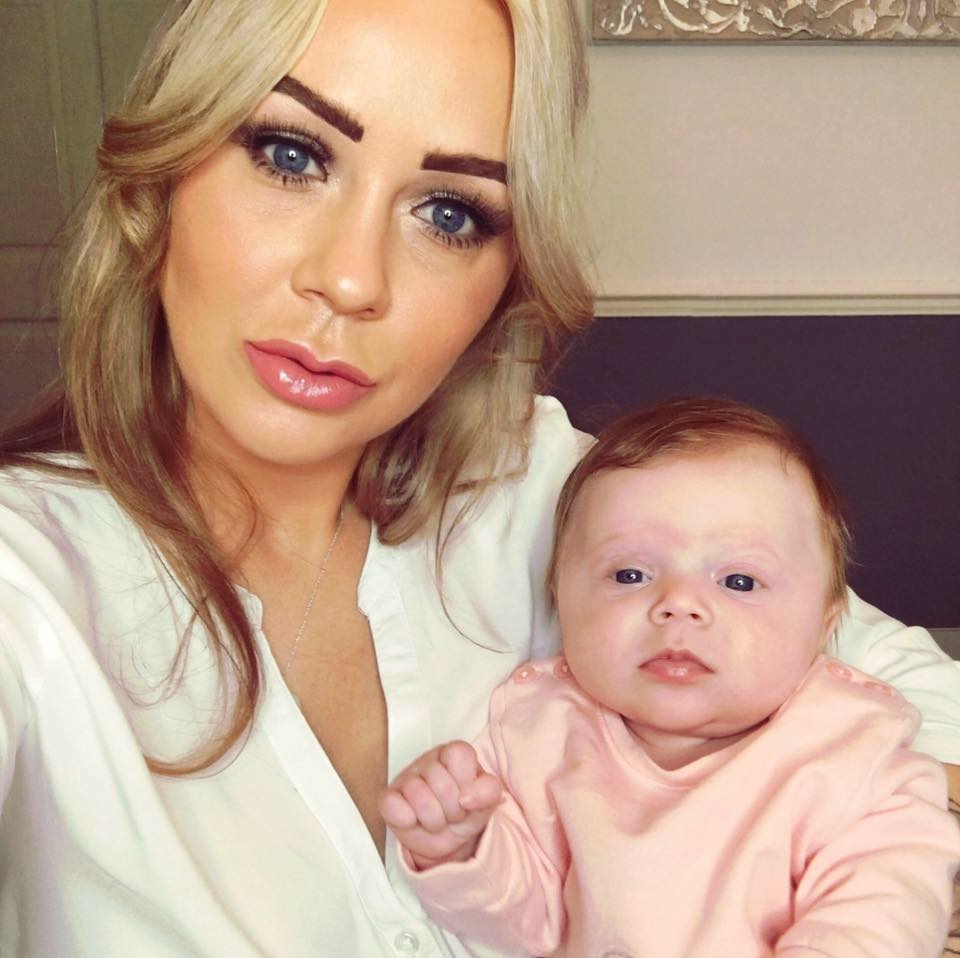 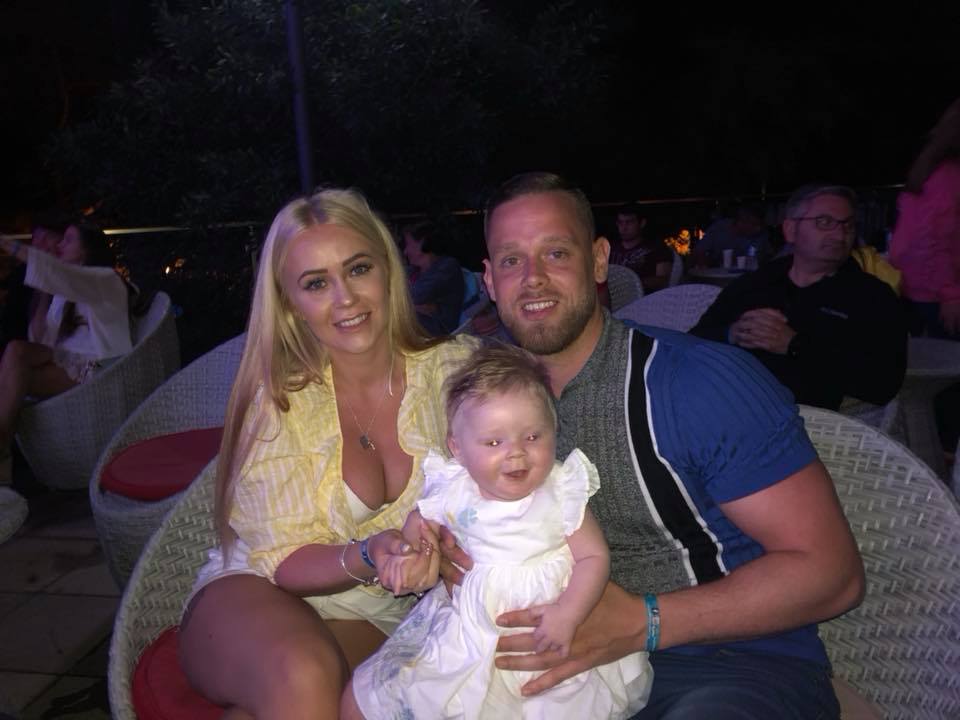 The five-month-old was later pronounced dead in hospital – despite efforts by her aunt and paramedics to revive her.

Tests were unable to establish a cause of the tragic death.

In May 2018, her parents Shaun and Heather Brotherton went to an Ed Sheeran concert – while aunt Danielle offered to look after the child at her home.

An inquest heard little Esme had been born 19 days early by emergency C-section – but after being treated for jaundice, she was allowed home and got into a regular pattern of feeding and eating.

The tot's aunt had fallen asleep with Esme in her arms, before waking up to realise she was "blue and lifeless."

She had been at the concert with Shaun and his mum, and had arranged for the tot to stay with her aunt for the night.

Heather said: ''Shaun received a phone call from Danielle to say Esme wasn’t breathing, and we had to go to Wythenshawe hospital as soon as possible. 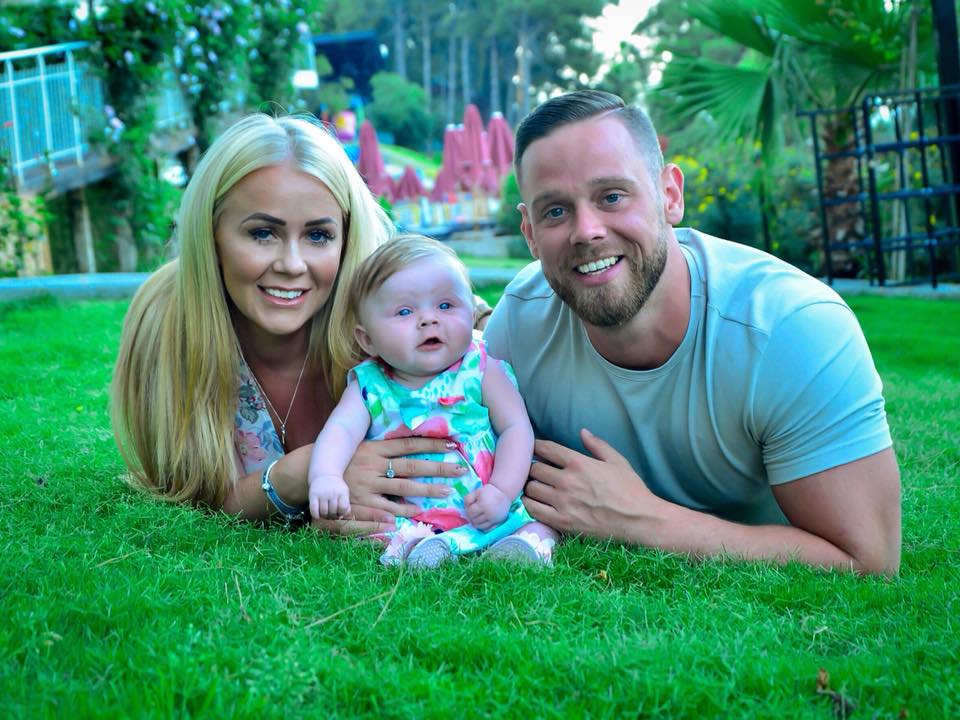 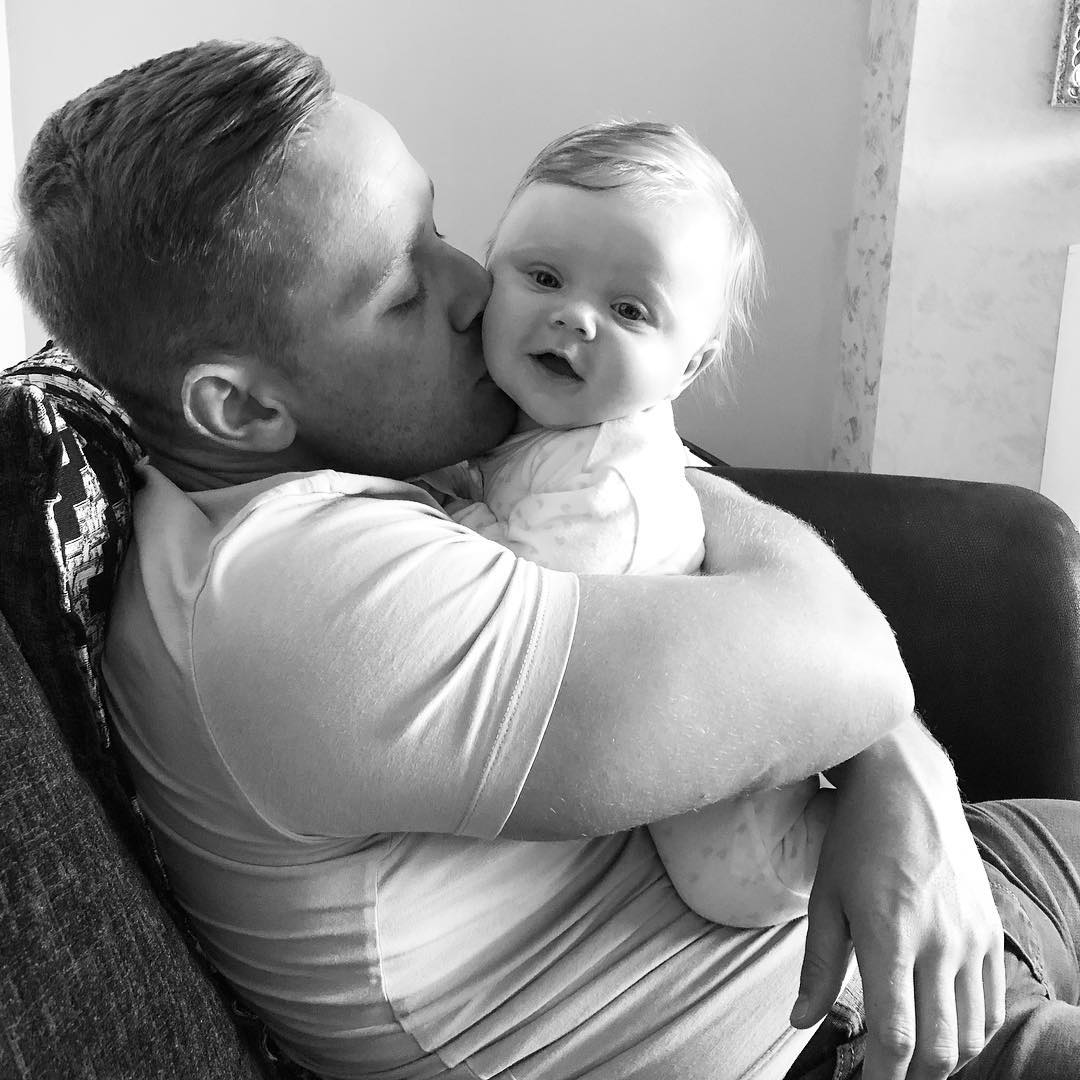 "I couldn't think straight. We got straight into the car and drove to Wythenshawe hospital A&E."

Danielle Brotherton told the hearing Esme had been fed twice but was teething and crying.

She said: "I don’t remember going to sleep, but the baby fell asleep too and I woke up in the same position.

"Esme was just laid down on top of my arm, on her back and heard my son crying upstairs for a bottle.

''I left her lying down on her back and was literally seconds but when I came back I noticed Esme’s lips were a funny colour.

"I picked her up straight away but she wasn’t doing anything. Then I got on the phone to the ambulance.

“The emergency call handler told me to do CPR and I put the phone down to do CPR on Esme. I followed it as best I could and the next thing, the paramedics were there.”

Forensic pathologist Dr Naomi Carter who carried out a post mortem examination on Esme said: ''Attempts had been made to feed Esme with her bottle, but she wasn’t taking very well so she was placed in a travel cot to see if she would settle.

“Because she would not, Danielle Brotherton put her on the couch with her. Initial reports at the time were that she had fallen asleep and woke up at 1am and found her lying next to her, blue and lifeless. 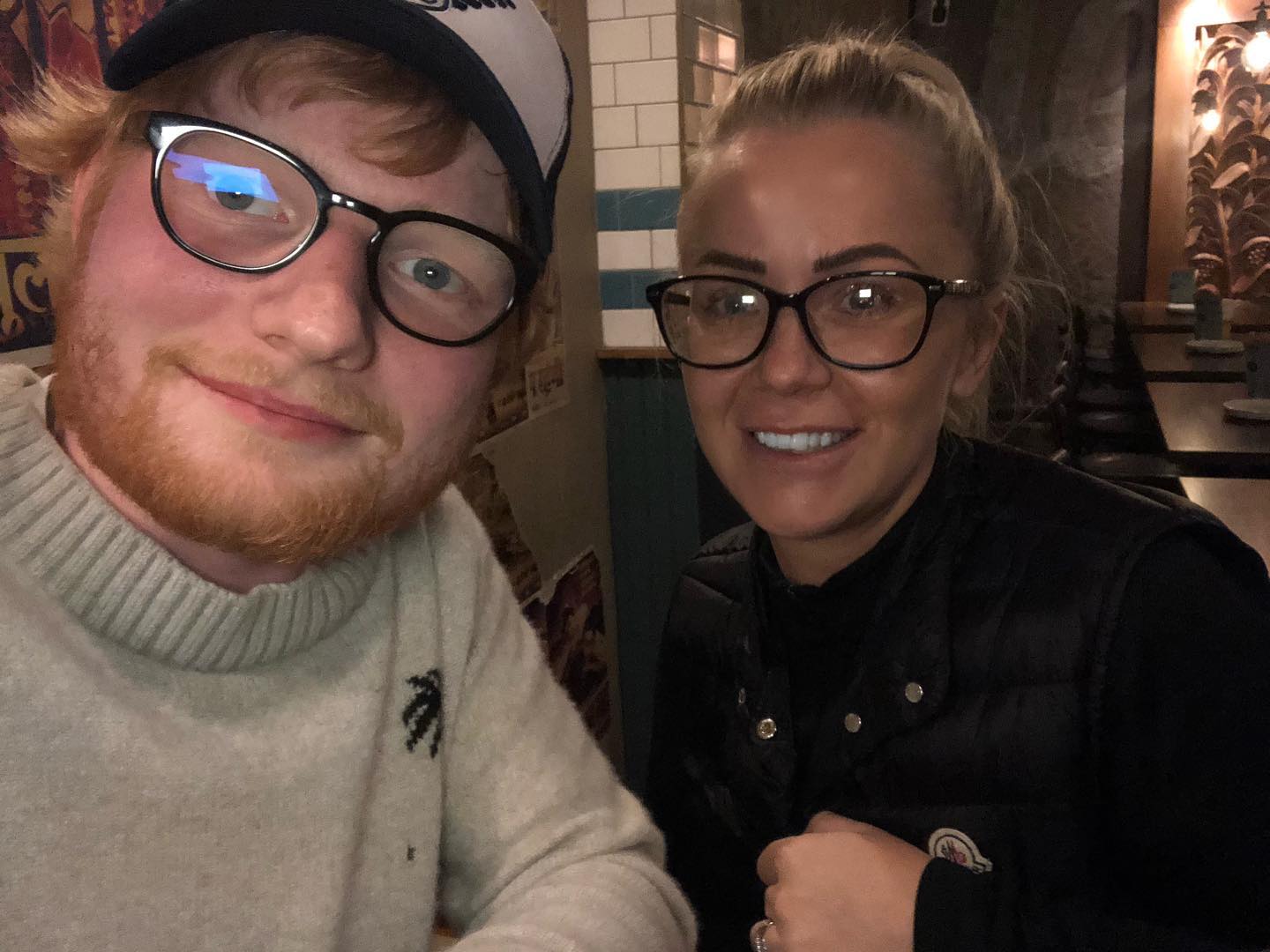 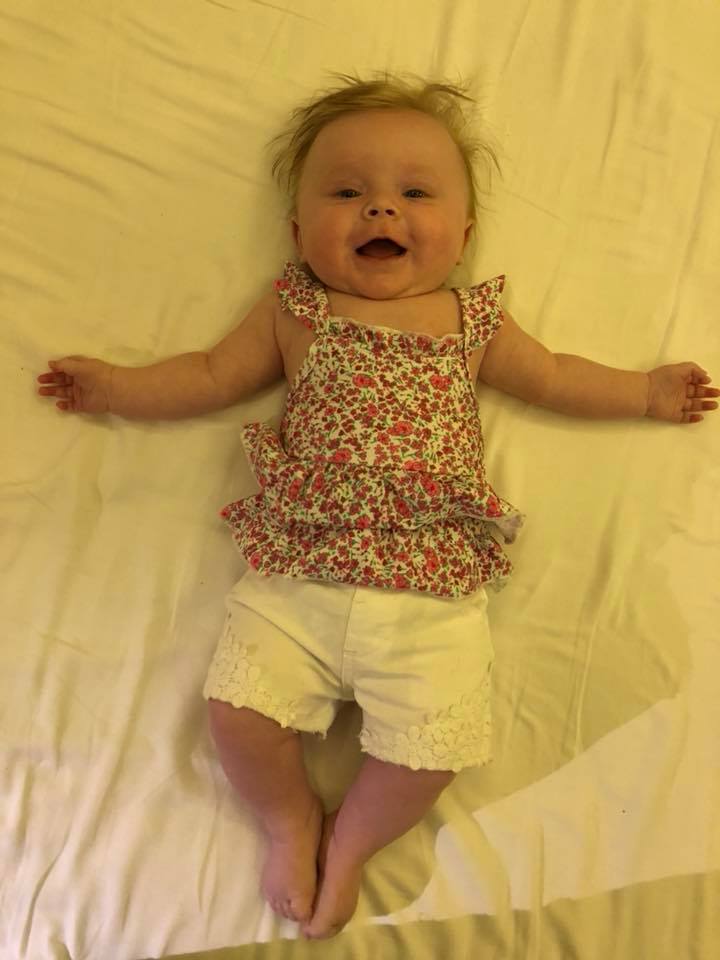 "She has died sometime between 10:30pm and 1am but we cannot give an exact time.

“Esme was well nourished appeared in good health and there is no evidence in medical terms what caused or contributed to death.

''In our opinion, death, in this case, is best described as unascertained.''

Recording an open conclusion, coroner Nigel Meadows said: "The evidence does suggest at about 10:30pm or thereabouts, Danielle Brotherton was holding Esme in her arms on the sofa, and went to sleep.

''Later in the early hours, she awoke, heard her son crying and went to attend to him and left Esme on the couch.

''She was only gone a very short period of time before coming back. She turned on the light and then noticed that Esme was not looking as she did when she last held her.

''Danielle did try to carry out resuscitation on instruction from the emergency services. On arrival, paramedics continued to try to resuscitate her before taking her to Wythenshawe Hospital.

"On arrival, there were further attempts made to resuscitate here, but unfortunately, they were unsuccessful, and Esme was officially pronounced deceased.

“Trying to decide the medical cause of death is not easy. I accept Drr Carter’s evidence, that there did not seem to be any congenital abnormalities.

''Infants do die suddenly without any reason, and sometimes, without any issue with co-sleeping or sofa sharing.

"But it is correct that it is recognised now that co-sleeping or sofa sharing is associated with the deaths of infants in particular.''