‘This is a very clever guy who is going to help you save a lot of money’: Ex-Cabinet minister Francis Maude says former Civil Service chief introduced him to failed financier Lex Greensill – but he rejected his ideas because they didn’t ‘stack up’

A financier who sparked a Government lobbying row was introduced to a minister leading an austerity drive as ‘a really clever guy who is going to help you save a lot of money’, it was revealed today.

Francis Maude, who was tasked with public sector cost-cutting by David Cameron when he led the Coalition government, said Jeremy Heywood, the late Civil Service chief introduced him – but that he thought his ideas ‘didn’t stack up’.

He made the remarks as he was grilled by MPs on the access Mr Greenwill and his firm Greensill Capital was given to the heart of Government in the middle of the last decade.

Greensill Capital collapsed earlier this year and its relationship to David Cameron, the former prime minister who lobbied senior serving ministers for the firm, has been thrown into the limelight.

Details have emerged of the previously unknown links between the firm and government when Mr Cameron was in No10, with financier Lex Greensill even given Downing Street business cards.

The company’s main business was so-called supply-chain finance, which ensures that suppliers get paid more rapidly by their customers than normal.

Greensill would pay suppliers directly, and then collect the money later from the customer. It made its money by charging a fee that offset the risk of the customer going bust before it could pay.

Lord Maude, who was Cabinet Office Minister between 2010 and 2015, told the committee today that Heywood said Greensill would help his remit to cut Government costs in the shadow of the 2008 financial crash

‘Jeremy said ”this is a very clever guy who is going to help you save a lot of money”,’ the former minister told MPs today.

‘I didn’t get it. I didn’t see how this (supply chain finance) was something that was going to be useful for us. 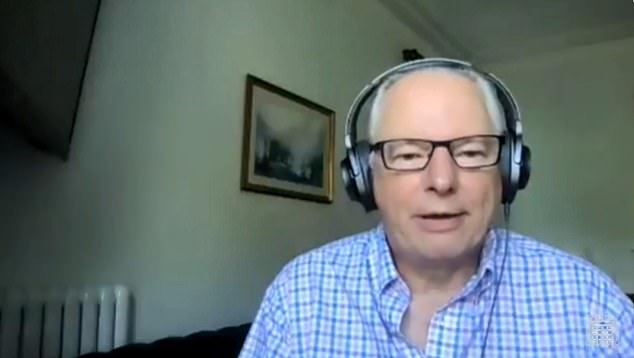 Francis Maude, said Jeremy Hayward, the late Civil Service chief, introduced him to Lex Greensill – but that he thought his ideas ‘didn’t stack up’. 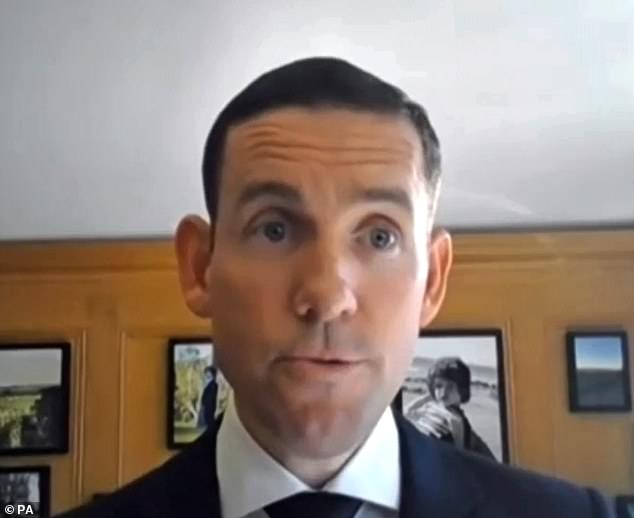 Lex Greensill had access to the heard of Government, including a No10 business card and email address

‘I didn’t see how Jeremy’s claim that this would save the Government a lot of money stacked up. No one can provide finance more cheaply than a triple-A rated government.’

Lord Hayward, who went on to lead the Civil Service, died from cancer in 2018.

A series of investigations have been launched into the role Mr Cameron played in securing Whitehall access for Lex Greensill, whose firm Greensill Capital collapsed earlier this year, putting thousands of jobs at risk, particularly in the steel sector.

Earlier this year it emerged Mr Cameron sent text messages to the Chancellor Rishi Sunak and other top ministers at the Treasury, top figures at the bank of England ans senior civil servants as he sought to gain access to Government-backed coronavirus loans for his employer Greensill.