CHOCOLATE is as good as sex — at least for women.

Those who regularly indulge in a bar or two are much less interested in action between the sheets, research reveals. 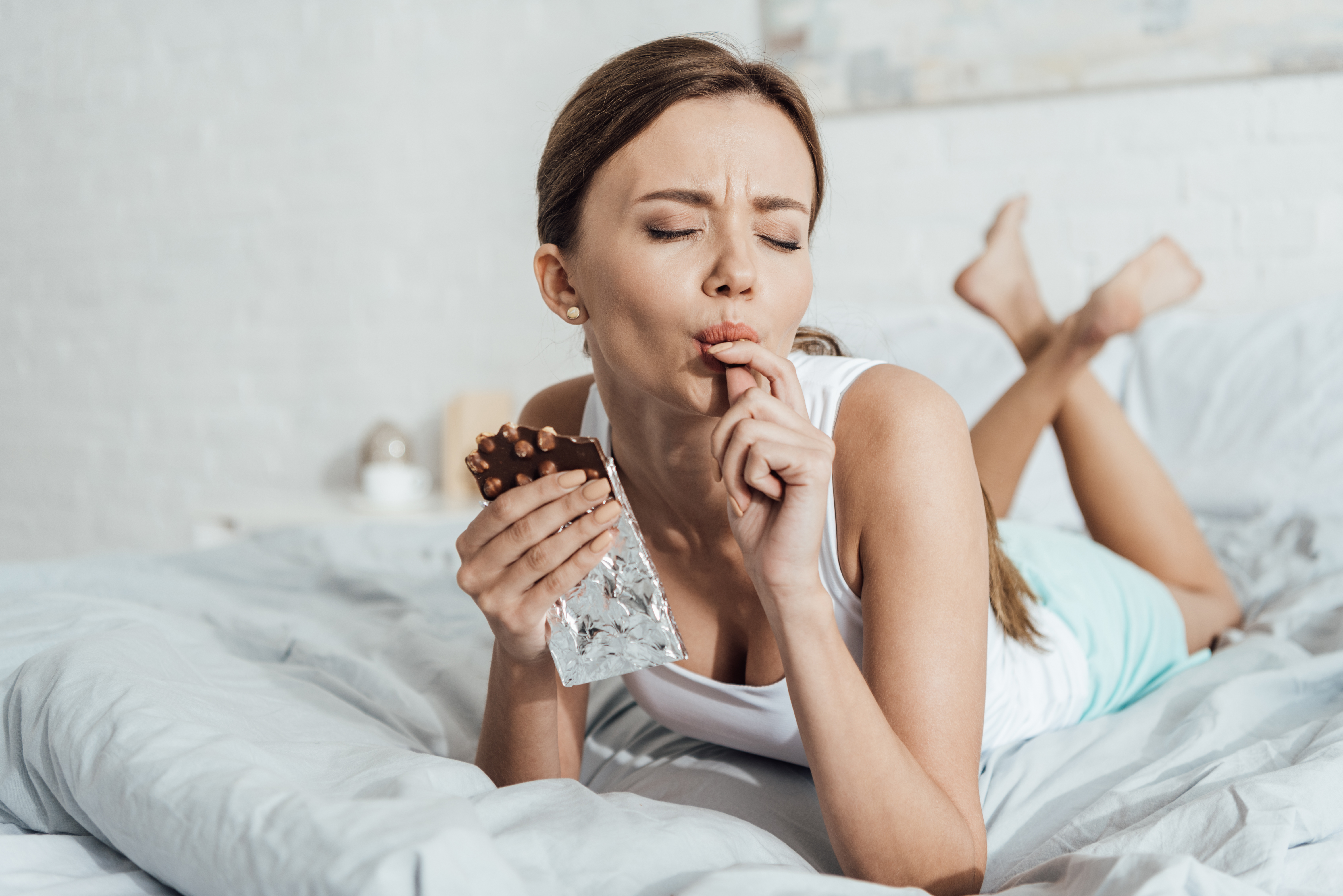 Chocolate is thought to act as a substitute for sex by satisfying the same primal cravings.

One theory is that it has a similar effect on the brain’s mood chemicals — dopamine and serotonin — that are released during bouts of passion.

The researchers asked 723 people about their eating habits and interest in getting frisky.

Overall, women ate chocolate an average of 2.5 times a week, with some eating it more than five times. In contrast, men averaged just 1.8 times a week.

Interest in sex was rated on a scale of zero for no interest to ten for those feeling the most amorous.

“As methadone relieves the drive for heroin, chocolate, by replicating the satisfactions and pleasures of sex, may obviate the need for it.

“In short, chocolate might stimulate sex — or simulate it.”