An aristocratic peer whose family title dates back to the 15th century is calling for the law to change to allow daughters to inherit peerages as well as sons.

Charles Chetwynd-Talbot, the 22nd Earl Of Shrewsbury, will use a debate to mark International Women’s Day to press for the change to end the ‘imbalance of the genders’ in the ancient system.

The elder child of the 67-year-old earl, who has previously opposed reform of the House of Lords, is his daughter, Lady Victoria Chetwynd-Talbot, 45.

But under the law currently she and all other daughters of the more than 800 hereditary peers in the UK are are barred from inheriting their titles or standing for election to the House Of Lords.

Instead her younger brother, James Chetwynd-Talbot, 42, will become the 23rd Earl.

‘I am fully aware of the imbalance of the genders within the hereditary peerage, and the need in the modern day for that to be addressed,’ he will tell peers, according to the Telegraph.

‘We are now in 2020, and the whole world has changed even though my loathing of political correctness hasn’t, as my friends will confirm.

‘In my view, male primogeniture is one of those remaining bastions of the hereditary system which should and must be changed.’

It comes as a Labour peer plots another attempt to prevent the last vestiges of the old aristocracy from from sitting in the House of Lords at all. 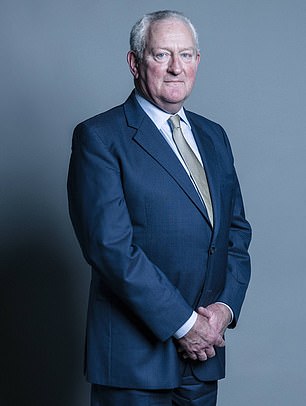 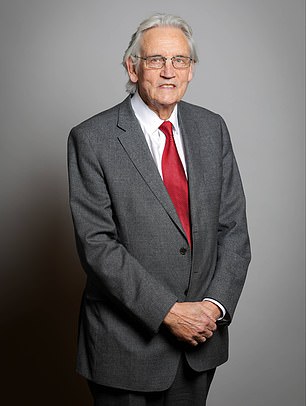 Charles Chetwynd-Talbot, the 22nd Earl Of Shrewsbury (left) wants to end the ‘imbalance of the genders’ in the ancient system. But Lord Grocott’s House of Lords (Hereditary Peers) (Abolition of By-Elections) Bill is due to have its second reading in the upper chamber on Friday 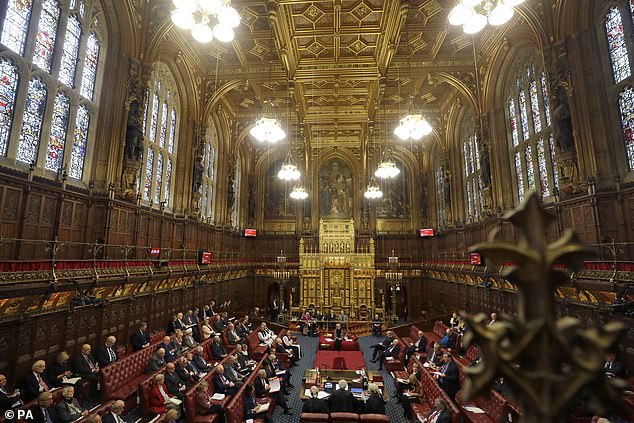 Lord Grocott’s House of Lords (Hereditary Peers) (Abolition of By-Elections) Bill is due to have its second reading in the upper chamber on Friday.

It would block the by-elections held to elect the 92 hereditary peers in the Lords, meaning that their numbers would shrink as they pass away or retire, leaving only the Life Peers in the chamber.

They were all that were left after Tony Blair’s government reformed the Lords 20 years ago.

Under the rules, each time a hereditary peer resigns or passes away, the remaining 91 elect someone to replace them.

But under the current law only male peers are eligible.

Various attempts have been made in the intervening decades to remove them, or make the entire chamber democratically elected.

In 2013 Parliament rushed through changes to the Law of Succession ahead of Prince George’s birth to promote gender equality, meaning that Princess Charlotte is fourth in line to the throne ahead of Prince Louis.

But the House of Lords stifled a Private Member’s Bill — the so-called ‘Downton Abbey Law’ — which would have granted firstborn females in the aristocracy the same rights as men.