‘Don’t eat my steak!’ Phoenix the dog licks her lips but resists the temptation to tuck in when owner tests her willpower

This is the comical moment a dog refrains from eating the mouth-watering steak left out in front of her.

Footage, believed to be captured in the US, shows the patient canine named Phoenix resist temptation for 81 seconds after her owner leaves the piece of meat on a plate in front of her in an effort to test her willpower.

The obedient dog continues to wait by the steak before her owner returns to the room and congratulates the canine for passing the test with flying colors. 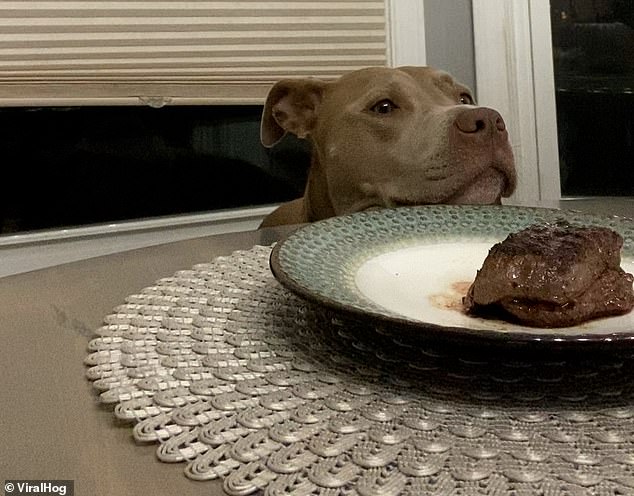 During the clip, Phoenix’s owner sits next to her and tells the canine: ‘Don’t eat my steak OK. I’ll be right back.’

The canine places her head on the dinner table and avoids looking at the steak.

She momentarily turns her gaze to the succulent meat before looking out of the window.

The owner told Viral Hog: ‘A follower asked me to try the challenge with a steak after Phoenix sat patiently waiting alone in a room with my chicken salad. 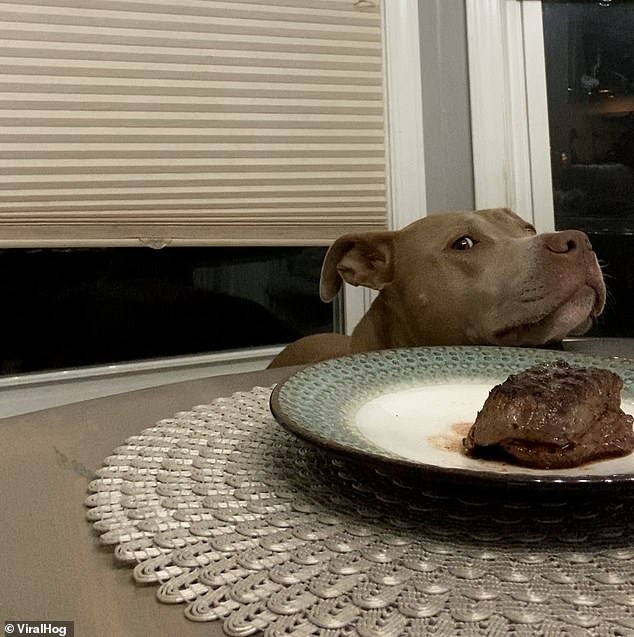 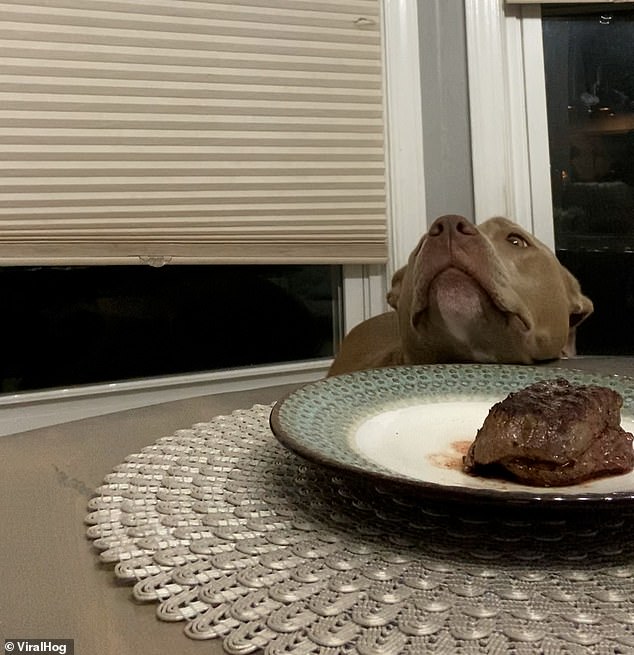 One user commented: ‘Very impressive what a brilliant dog.’

While another said: ‘I hope you gave the dog the steak.’

Another person wrote: ‘That is adorable.’

Elsewhere another joked: ‘Hell I would have taken it off the plate.’