Florida Gov. Ron DeSantis is proposing pay increases for law enforcement officers statewide and bonuses for first responders as he ramps up efforts to recruit dissatisfied police officers from other states.

The Republican governor announced the pay raises while speaking Monday at the Florida Highway Patrol Troop D headquarters in Orlando. 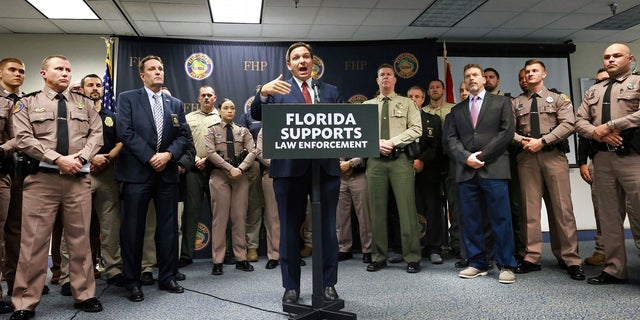 Florida Gov. Ron DeSantis arrives to announce a proposal for an increase in pay for state law enforcement agencies to encourage more officers to relocate to Florida, during a news conference at the Florida Highway Patrol Troop D headquarters in Orlando, Fla., on Monday. (Joe Burbank/Orlando Sentinel via AP)

“While other states have turned their backs on law enforcement, even calling to ‘defund the police,’ in Florida we continue to support the men and women in law enforcement,” he said in a statement.

The proposal includes $73 million to increase the starting pay for entry-level state law enforcement officers by 20% and veteran officer salaries by 25%. Another $135 million would be used to increase pay for state correctional officers and officers with the Department of Juvenile Justice. Special risk firefighters would see a salary increase of up to $2,500 each.

Under the proposal, all recruits new to law enforcement would receive a $5,000 signing bonus, as well as a $1,000 bonus for responders – which includes firefighters, paramedics, EMTs and law enforcement officers. To attract officers from outside the state, the officer certification exam would be offered for free.

The plan would also cover up to $1,000 for any necessary training programs for police officers re-locating from out of state and a law enforcement academy scholarship program would be created to cover the cost of enrollment for those seeking to serve their communities through police work. 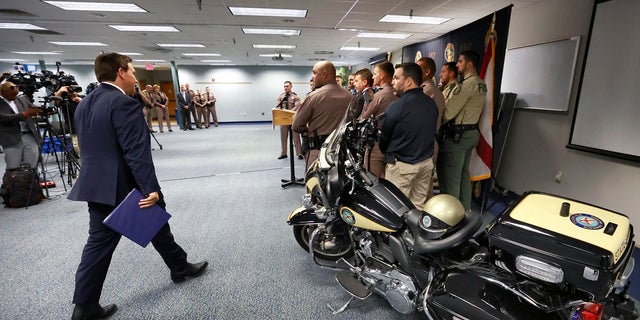 Gov. Ron DeSantis arrives to announce a proposal for an increase in pay for state law enforcement agencies to encourage more officers to relocate to Florida, during a press conference. (Joe Burbank/Orlando Sentinel via AP)

The push for new funding comes as DeSantis continues to aggressively recruit police officers from other states where police budgets have been slashed and leaders have issued vaccine mandates.

The minimum salary for new Florida Highway Patrol troopers starts at just under $42,000 annually, though it could be increased based on where in the state the trooper is assigned. For example, those working in Dade County, home to Miami, make a minimum of just under $47,000, according to the Highway Patrol website.

“Recruiting and retaining highly qualified law enforcement officers dedicated to public services is crucial, now more than ever,” said Terry Rhodes, executive director of the Florida Department of Highway Safety and Motor Vehicles. “The Governor’s historic pay proposal makes it clear that Florida cares for and recognizes the sacrifices that law enforcement officers and their families make, many times in the most challenging of circumstances.” 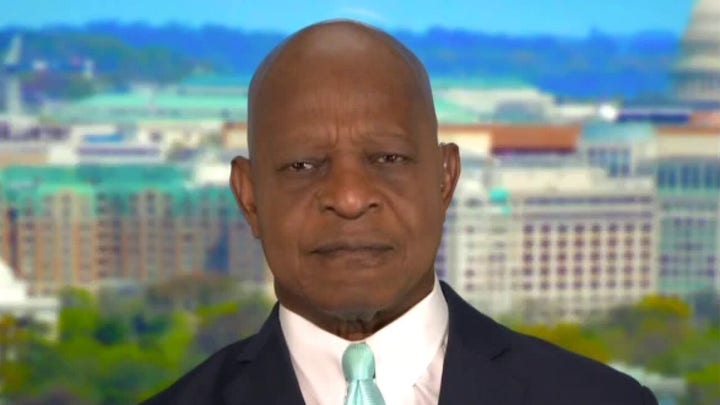 In total, DeSantis is proposing $400 million in new funding. Lawmakers will consider the plan during the 2022 legislative session, which begins on Jan. 11.