Riding the waves: Daredevils leap over breakers as they send huge ripples along floating bridge at beach resort

This is the bizarre moment thrill-seekers jump over giant waves as they run along a floating bridge.

The footage was captured by visitors at the Maliah Beach Club in Zorritos de Tumbes, Peru.

The two men were filmed enthusiastically launching themselves along the pontoon as ocean waves came crashing towards them, turning the articulated surface of the 500ft bridge into rolling peaks and troughs. 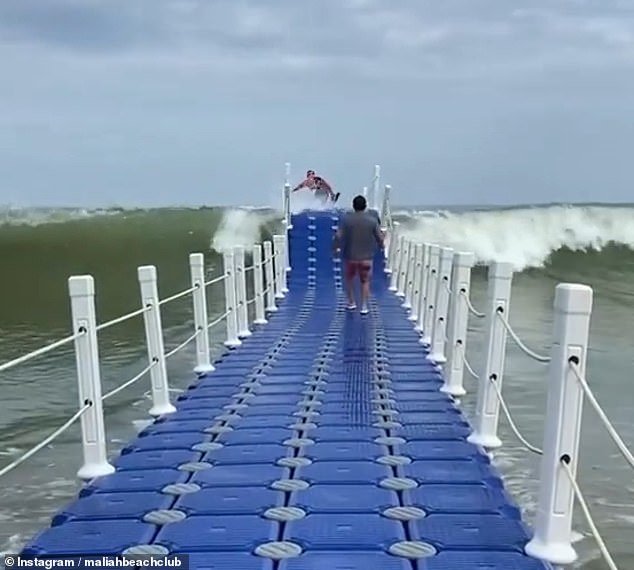 The footage was captured by visitors at the Maliah Beach Club in Zorritos de Tumbes, Peru, as thrill-seekers jumped over giant waves 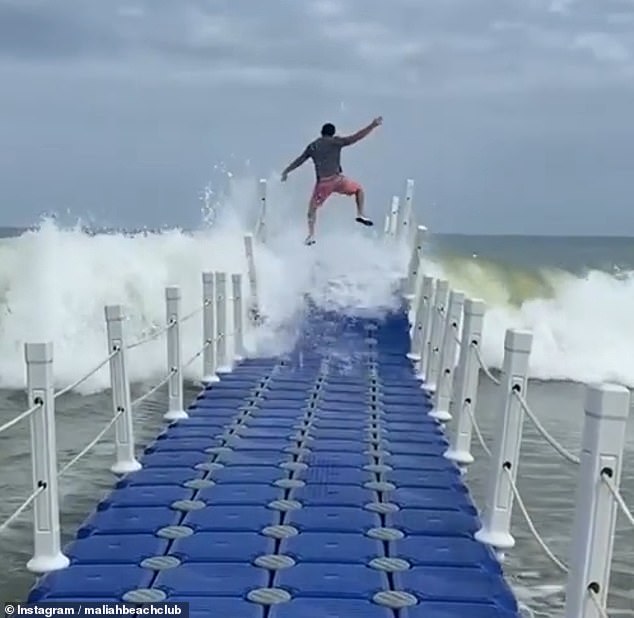 In the clip, uploaded by the beach club on February 6, the newly-installed bridge can be seen stretching out into the South Pacific Ocean.

Two men run down the centre of the blue-and-white structure which is more than 500ft long and 6.5 metres wide.

A huge wave begins to hurtle closer to the pedestrians as the walkway ripples along the water’s surface.

The first man grabs hold of the railing and bends his knees to brace himself as the bridge is flung upwards by the passing wave. 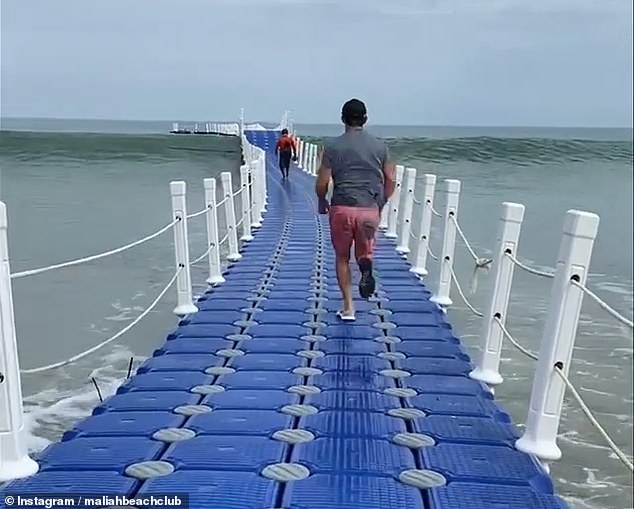 The bridge, which is more than 500ft long and 6.5ft wide, was installed at the resort earlier this month 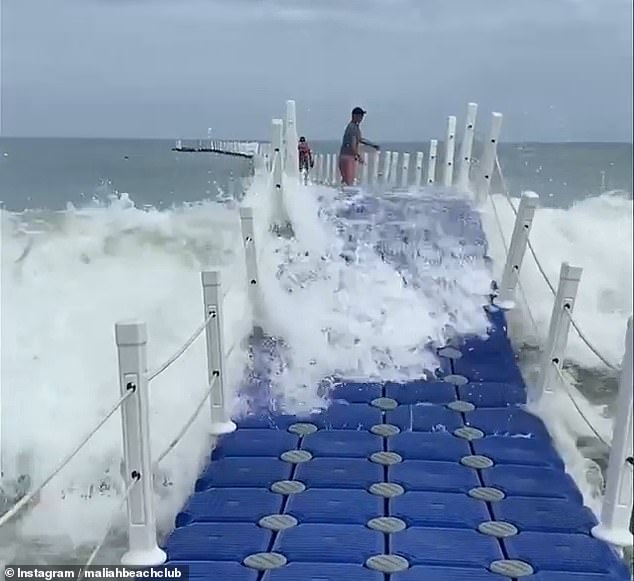 The walkway, which was installed as a way of promoting water sports, rippled along the water’s surface as the wave continued toward the coastline

The second man takes a much more energetic approach and launches himself into the air with his hands raised above his head.

He lands back down on the bridge with a thud as the wave continues toward the coastline.

The bridge, which takes in solar energy to ensure it is illuminated at night, was installed at the resort earlier this month as a way of promoting water sports such as the use of sailboats, jet skis and yachts.

The businessman and promoter of the project, Juan Carlos Iglesias, said that although the pier is on private land it is open to all members of the public who go to the beach.