THIS is the sickening moment a daredevil hits a packed boat and gets killed after jumping from a 118ft cliff while onlookers watch on in horror.

Terrifying footage shows the man jumping into the water,from the famed Raouche Rocks in Beirut, unaware of a tourist boat below, while crowds screamed at him "don't do it." 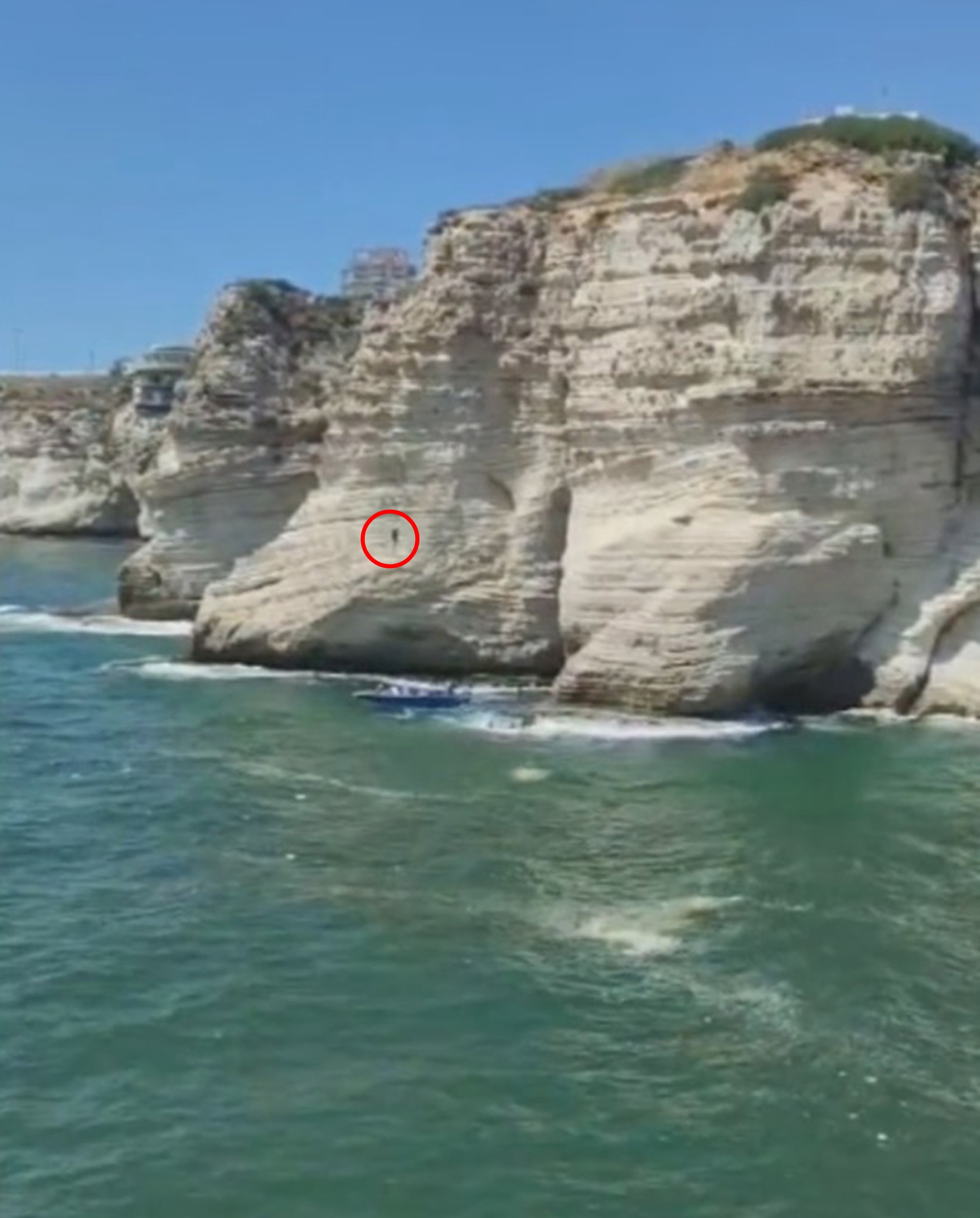 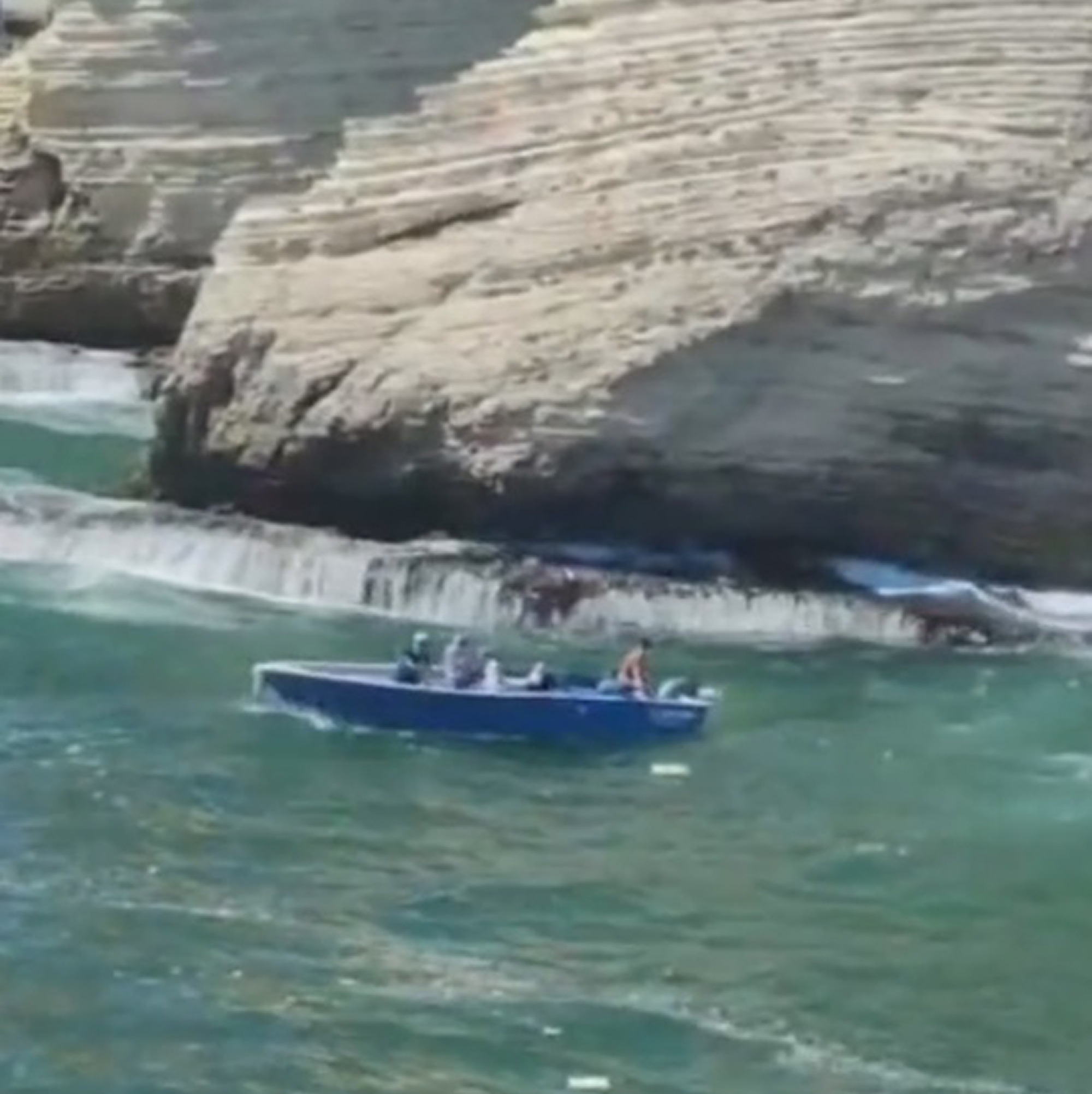 Despite the onlookers' warning Fahd Ibrahim Jamil Al-Lakma tragically lost his life after jumping off the cliff, on Sunday, June 6.

The clip starts with with young man getting ready to jump while terrified onlookers tried to warn him that a tourist boat had just emerged from a tunnel under the cliff.

People can be heard gasping as the man from Hajin in Syria's eastern Deir ez-Zor Governorate, crashes on the boat with an audible thud.

The young man who fell from a height of 118ft, was killed instantly after hitting his head on the boat, also injuring the boat driver.

Agents from the Lebanese Civil Defence pulled the young man's body out of the water and took him to hospital, where he was pronounced dead.

The boat driver was taken to another hospital, where he received treatment for his injuries.

Diving off the Raouche Rocks into the sea below is a popular activity amongst young men in the Lebanese capital.

Last week a man was rushed to hospital after jumping off Durdle Door – a sheer 200ft into the water. 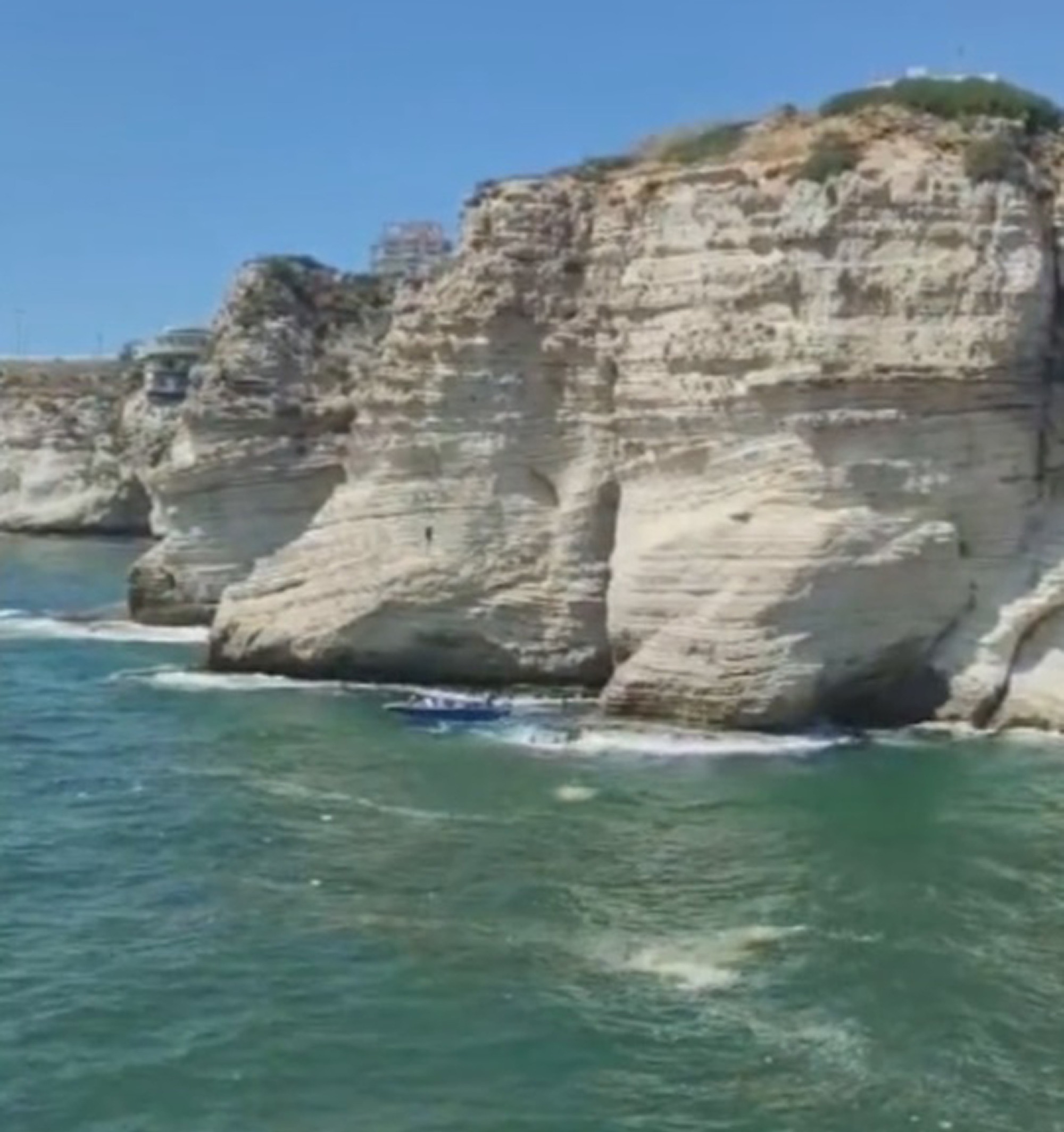 The man dislocated his shoulder after plunging in the sea at the beauty spot in Dorset.

Footage showed the air ambulance trying to land on the busy beach, with dozens of families and children watching on.

The incident did not stop another man who attempted the same leap a few days later .