The head of the elite Manhattan school Dalton is stepping down this year after being slammed by parents for pushing an ‘obsessive’, antiracism agenda on students.

Jim Best said he would see out the year at the $50,000-a-year institution then step down to pursue ‘other opportunities’.

His resignation is in response to parents’ complaints that Dalton, like other prestigious private schools Grace Church and Brearley, is indoctrinating students with its woke agenda.

Dalton parents penned an anonymous open letter to the school earlier this week. 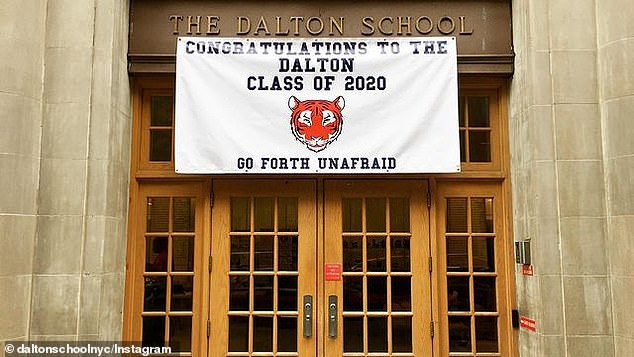 Frustration had already been mounting at the Upper East Side school, where the $54,180 annual tuition is unchanged despite in-person classes remaining cancelled since March

‘Every class this year has had an obsessive focus on race and identity, ‘racist cop’ reenactments in science, ‘de-centering whiteness’ in art class, learning about white supremacy and sexuality in health class.

‘Wildly inappropriate, many of these classes feel more akin to a Zoom corporate sensitivity-training than to Dalton’s intellectually engaging curriculum,’ it read.

In December, Dalton published an anti-racism manifesto which said the school had to hire 12 diversity officers.

The manifesto also suggested that if black students weren’t performing on par with white students by 2023, it would abolish some of its courses entirely.

In their letter, the parents said: ‘Many of us do not feel welcome at Dalton anymore. That really hurts to write. This ideology is extremely exclusionary to those families who don’t identify as part of an oversimplified racial dichotomy in a beautiful and diverse world, or who choose not to make their racial identity the centerpiece of their children’s education.

‘Love of learning and teaching is now abandoned in favor of an ‘anti-racist curriculum’.

‘How can we interpret a curriculum right where every single class must now be rewritten to embody anti-racism.’