Home » World News » Coronavirus US map – where have cases been confirmed in the United States?

CORONAVIRUS infections in the United States have accelerated rapidly over the last few days, killing 26 across 36 states and the District of Columbia.

Dubbed the "angel of death for older people" by one expert, worries over the killer bug are deepening. 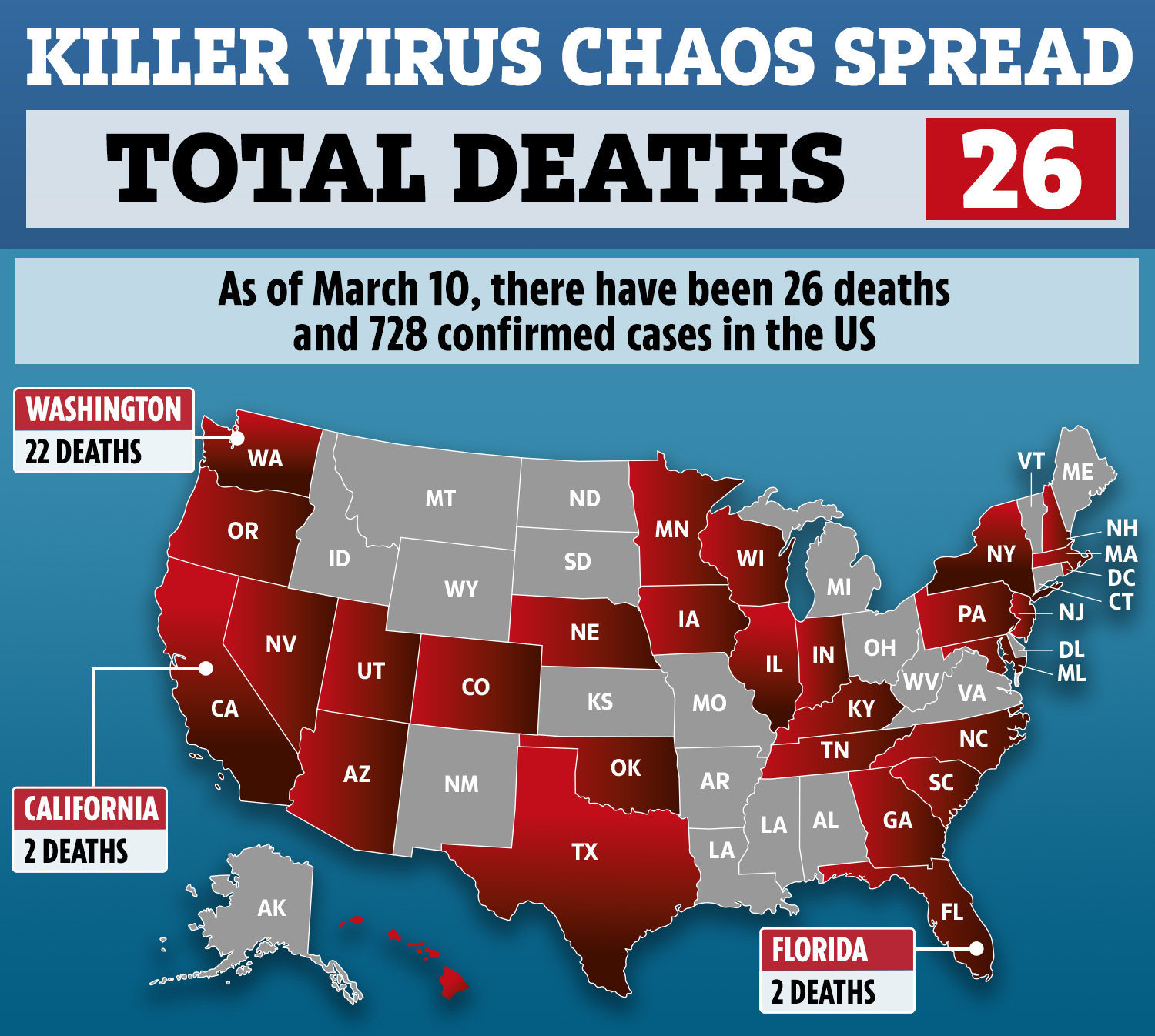 Where have cases of coronavirus been confirmed in the US?

More than 114,300 people have been infected by the coronavirus across the world and 4,026 have died, according to a Reuters tally.

Infections outside China have now been reported by 111 countries.

Of that total, 658 sufferers were diagnosed with the bug via the public health system, and 70 others were mostly holidaymakers repatriated to America.

A breakdown of that figure shows that 46 were repatriated from the Diamond Princess cruise ship – a luxury cruise vessel which was quarantined at the port of Yokohama, and was evacuated last month.

A further 21 patients – mostly crew – were travelling on the Grand Princess cruise ship, which on Monday sailed into San Francisco Bay en route to the Port of Oakland for treatment and quarantine.

Washington state has reported the most cases – 180 so far, including 22 deaths.

Up until March 4, all of the deaths had occurred in Washington, and most were residents of a nursing home in suburban Seattle.

In Seattle, 27 firefighters and paramedics who responded to calls at the nursing home were tested for the virus.

California is another state to report spiralling infections with 107 cases, including two deaths so far.

Elsewhere, Massachusetts has 41 infections, while Florida's 14 cases include two deaths.

There have been 12 cases reported in Colorado – one more than in Illinois and New Jersey – as of March 10.

In Georgia, there are 17 coronavirus infections, compared to ten in Pennsylvania, 14 in Oregon and 13 in Texas. 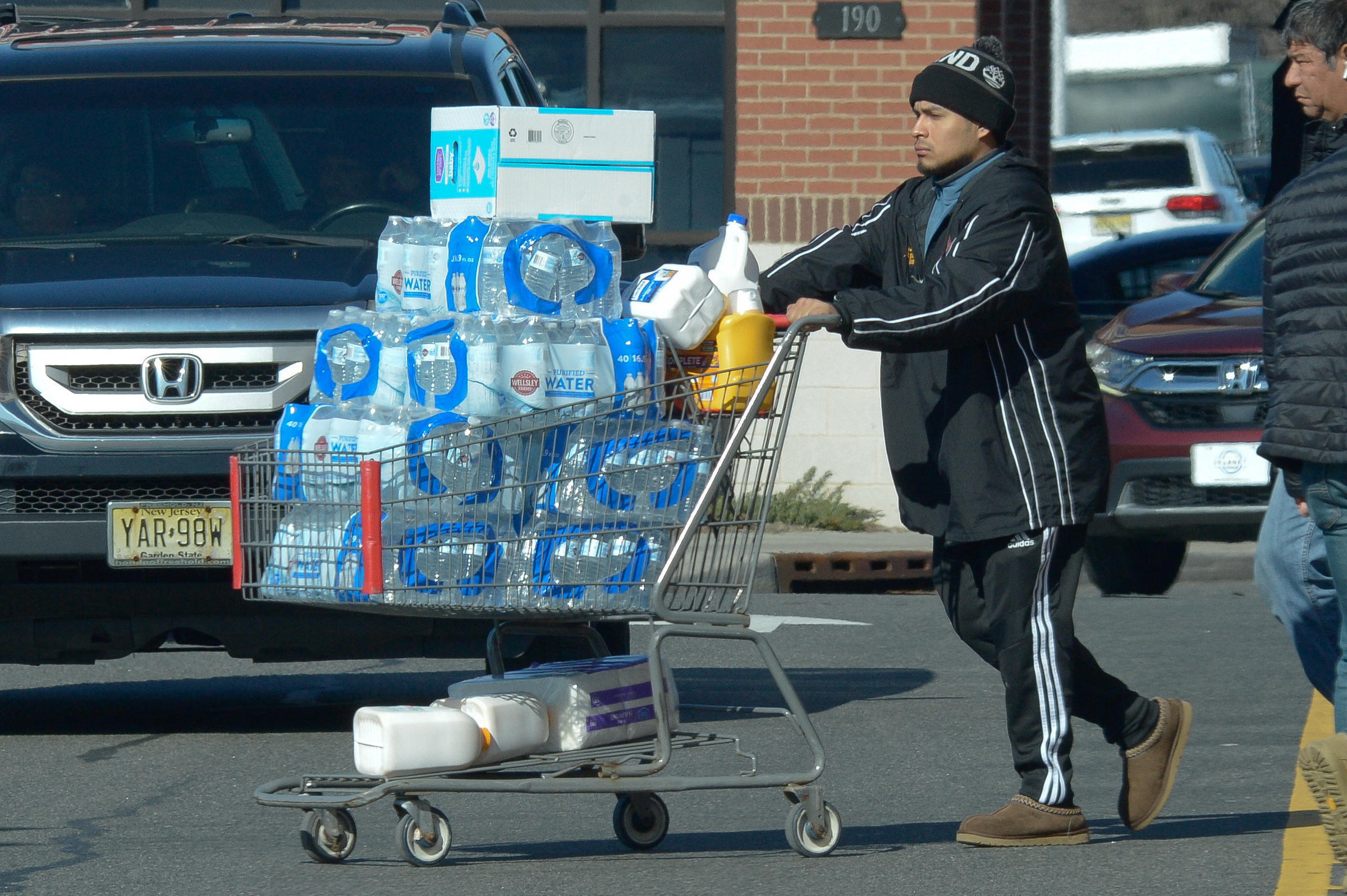 What action is being taken to tackle the spread of Coronavirus in the US?

At a White House press briefing on Monday night, President Donald Trump said Congress will be urged to pass payroll tax relief and other quick measures aimed at easing the impact of the coronavirus on workers.

The U.S. Department of Health and Human Services will provide financial aid to Hologic Inc to develop a coronavirus diagnostic kit that would be able to process up to 1,000 tests in 24 hours.

Anthony Fauci, head of infectious diseases at the National Institutes of Health, said on NBC that four million diagnostic test kits should be available by the end of this week.

Florida health officials said everyone returning from China, Iran, South Korea and Italy must isolate for 14 days while travelers from other countries affected by the outbreak should monitor their health.

With 11 cases of the respiratory disease in Illinois, Gov JB Pritzker has declared a disaster proclamation, after Chicago reported four more infections.

The Centers for Disease Control and Prevention (CDC) recommends the elderly and people with severe medical conditions such as heart, lung or kidney disease to “stay home as much as possible” and avoid crowds.

It urged those people to “take actions to reduce your risk of exposure.”

The CDC has advised colleges and universities to consider asking students studying abroad to return home and cancel or postpone upcoming travel.

Fauci said authorities may also need to consider steps to keep people out of crowded places if the virus continued to spread.

But he downplayed copying large-scale mandatory quarantines imposed in China and Italy.

He told CBS's 60 Minutes: “I don’t imagine that the degree of the draconian nature of what the Chinese did would ever be either feasible, applicable, doable or whatever you want to call it in the United States.

“But the idea of social distancing, I mean, obviously, that’s something that will be seriously considered.” 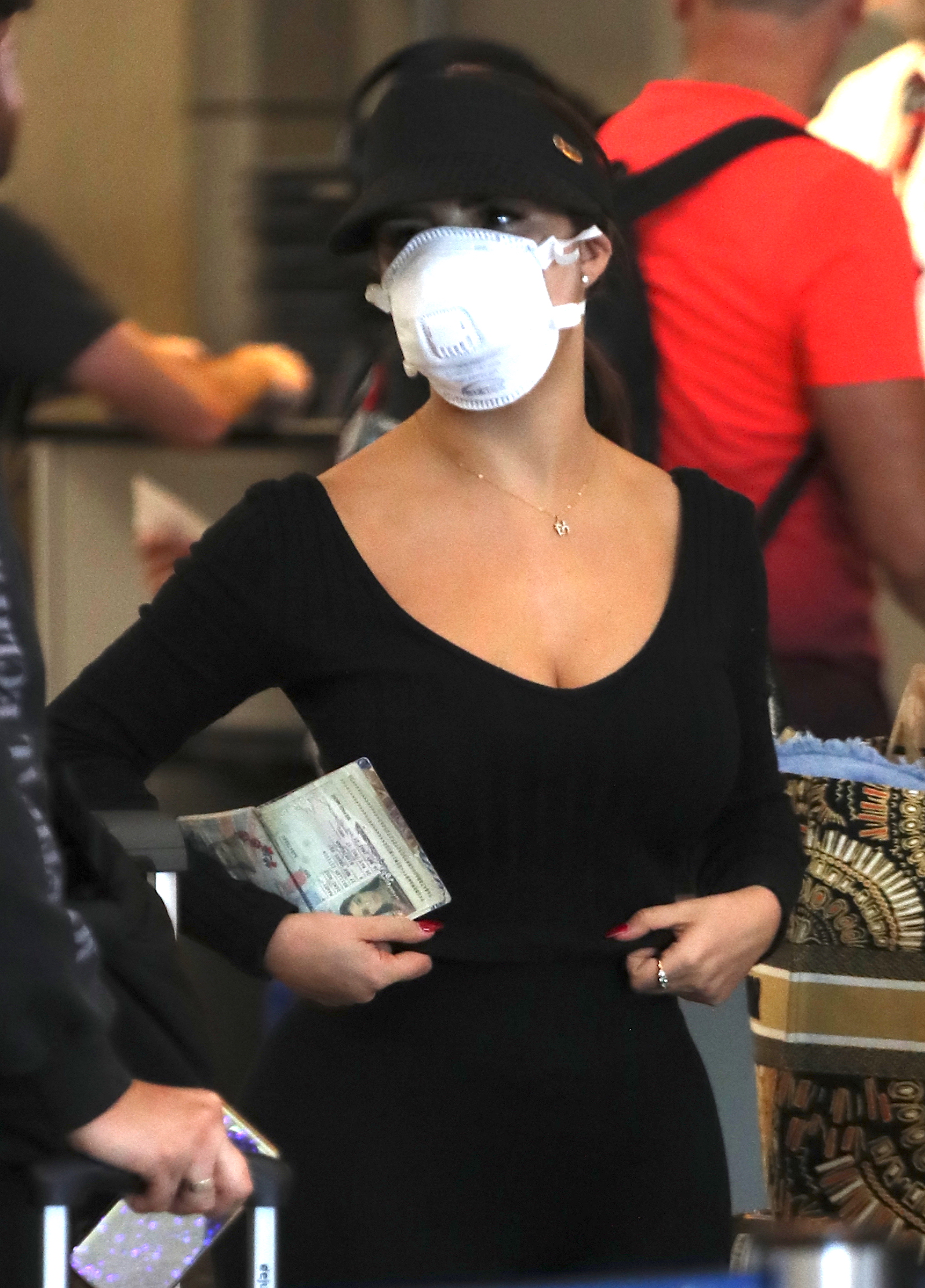 For most people, the flu-like viral illness causes only mild or moderate symptoms, such as fever and cough.

But — like the flu — it can cause pneumonia and be much more lethal to people made frail by old age and by conditions that make it harder for their bodies to fight infections.

Dr Peter Hotez, dean of tropical medicine at Baylor College of Medicine, said: "The coronavirus “is like the angel of death for older individuals.”

And Dr William Schaffner, a Vanderbilt University expert on infectious diseases, added: "The clear message to people who fit into those categories is; ‘You ought to become a semi-hermit.

"You’ve got to really get serious in your personal life about social distancing, and in particular avoiding crowds of any kind."

That can include not only avoiding essential commercial travel but also large church services and crowded restaurants, he recommended.