Concessions vendor at XFL game attended by 22,000 people and Homeland Security employee are latest to test positive for coronavirus in Seattle as Washington death toll hits 11 and millions are told to work from home

A Department of Homeland Security employee and a worker at CenturyLink Field are the latest confirmed cases of coronavirus in Seattle.

Health officials in King County, Washington confirmed on Thursday that an employee who worked at the February 22 Seattle Dragons XFL game at CenturyLink Field has now tested positive for the virus.

The employee was working as a concessions vendor, according to the Seattle Times, which cited knowledgeable sources.

Health officials say that they have determined that the risk of infection to attendees at the XFL game was ‘low’. About 22,000 attended the game, and the stadium has a capacity of 72,000. 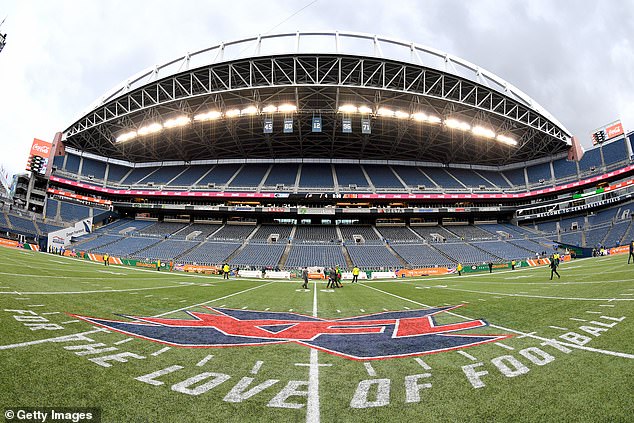 Health officials in King County, Washington confirmed on Thursday that an employee who worked at the February 22 Seattle Dragons XFL game at CenturyLink Field has coronavirus 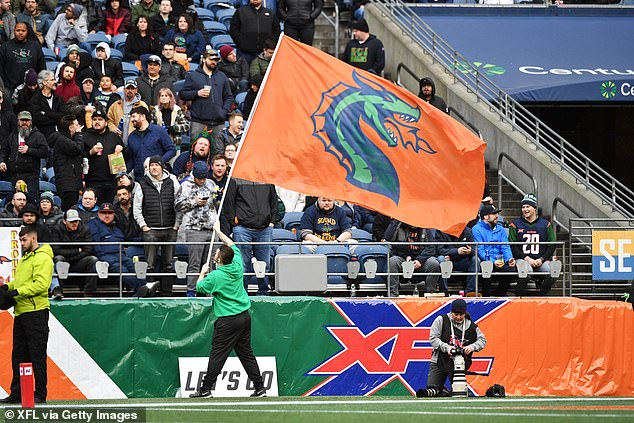 About 22,000 attended the February 22 game (above), but health officials say that the risk of infection to attendees was ‘low’

‘County officials advise that no extra precautions are required for those who attended the Feb. 22 game or who will attend upcoming events,’ the county health department said in a statement.

‘But all King County residents should know that the risk for infection with COVID-19 is increasing in our community, should be aware of their symptoms, and call their health care provider if they develop a cough, fever, or other respiratory problems,’ the statement continued.

The stadium is also home to the Seattle Seahawks NFL team, whose season ended before the outbreak hit the U.S.

Seattle Sounders FC, which also plays in the stadium, released a statement saying that they intended to go forward with a planned March 7 home match against Columbus Crew SC. 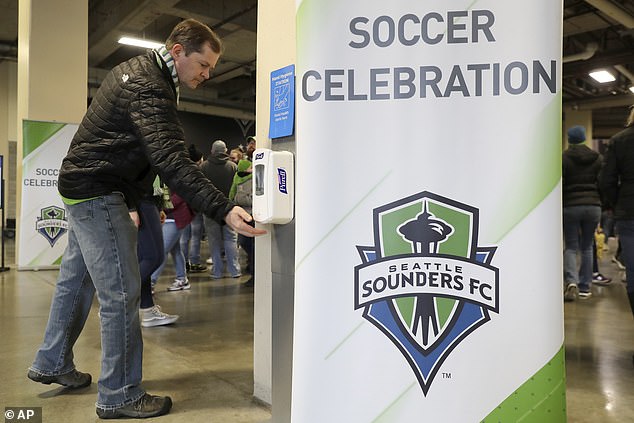 Seattle Sounders FC, which also plays in the stadium, plans to move forward with a March 7 match. Fans are seen above at the Sounders game on Saturday

‘As our organization has previously stated, nothing is more important than public safety and the wellbeing of our fans at all Sounders FC events,’ the MLS club said in a statement.

‘We are in continuous dialogue with regional health authorities and Major League Soccer, in addition to our network of medical experts.’

The team said that it is adding additional hand sanitizer stations throughout the stadium, and urged anyone who is feeling sick or listed as at-risk not to attend the match.

Meanwhile, DHS on Thursday night notified employees that a worker in the Seattle-area tested positive for coronavirus.

The department said the employee is ‘already recovering from his flu-like symptoms and is at home with this family,’ according to CNN corespondent Kaitlan Collins. 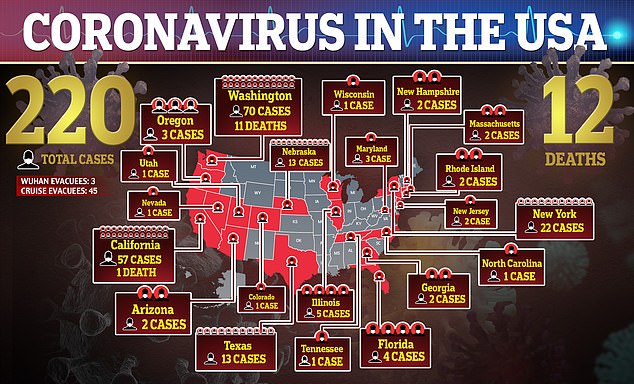 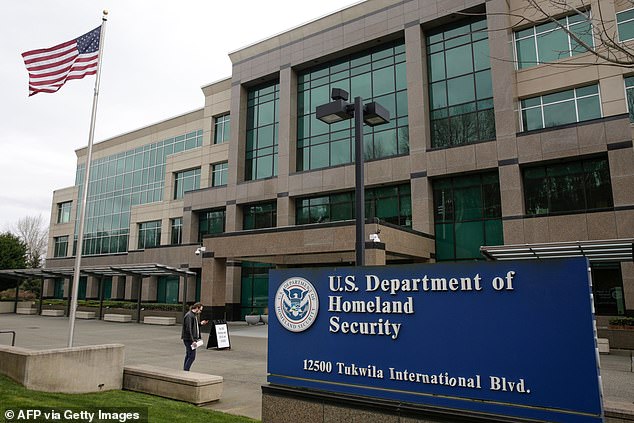 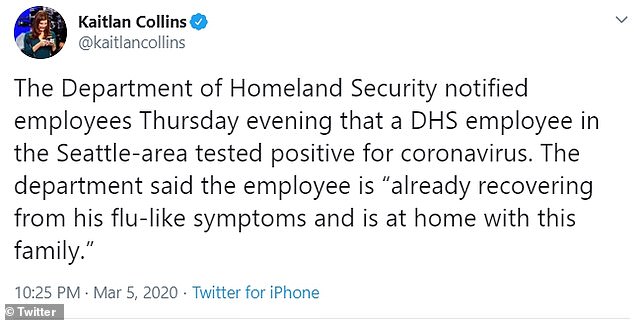 The Seattle DHS office, which houses U.S. Citizenship and Immigration Services, Immigration and Customs Enforcement, Customs and Border Protection, and Federal Protective Service, had already been shuttered on Tuesday, with employees ordered to work from home.

An employee there had been suspected of coronavirus infection after feeling ill soon after visiting the area nursing home where a major outbreak was detected on Saturday.

The virus has ravaged the nursing home, the Life Care Center of Kirkland, killing at least eight residents, and the outbreak there has been linked to cases as far away as North Carolina.

Washington state has quickly become the epicenter of U.S. outbreak, with 70 confirmed cases of coronavirus on Thursday, up from 39 the day before. Eleven people have died in the state, with 10 of the deaths in King County.

Google on Thursday joined Amazon, Facebook and Microsoft in recommending employees in the Seattle area to work from home.

Vice President Mike Pence traveled to the state of Washington on Thursday to pledge federal support to the area.

Appearing together at an emergency response center outside Seattle, Pence praised Democrat Governor Jay Inslee’s work on the crisis in his state and told the population there, ‘We’re with you.’

Inslee said Pence, in their meeting, had helped to smooth out problem areas with regard to testing capacity for the virus, helping quarantined people, and providing immediate federal help for nursing homes with vulnerable populations.