Click and collect could be banned at all non-essential retail stores as part of a new tightening of restrictions on the sector, it has been reported.

Only supermarkets and some ‘essential retail’ would be allowed to continue with the service, with restaurants and clothes shops forced to becoming delivery only.

The latest proposals are said to have been discussed at a Cabinet subcommittee meeting on Sunday. 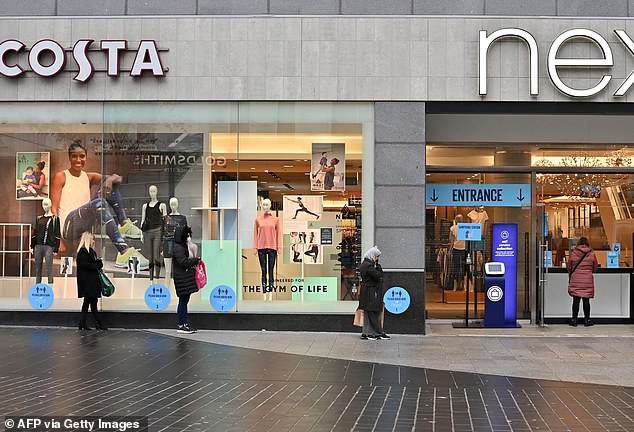 A letter circulated at the meeting also suggested a ban on workplaces such as estate agents, and enforcing the wearing of face masks outdoors, according to the Daily Telegraph.

Health officials are said to be worried there is a continuing risk of transmission among customers forming long queues to collect items and fast food, with many people not wearing masks while doing so.

Another source said many of the food outlets operating a collection-only service would have had to close due to the lockdown because they were unable to offer deliveries.

‘The general feedback is that click and collect is not working, people are not wearing masks in queues, people are too close to each other,’ a source told the publication. 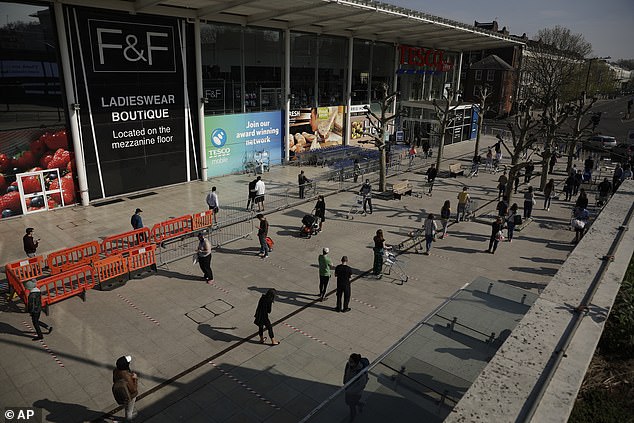 Health officials are said to be worried there is a continuing risk of transmission among customers forming long queues to collect items and fast food, with many people not wearing masks while doing so. Pictured: Shoppers socially distance while queuing for Tesco 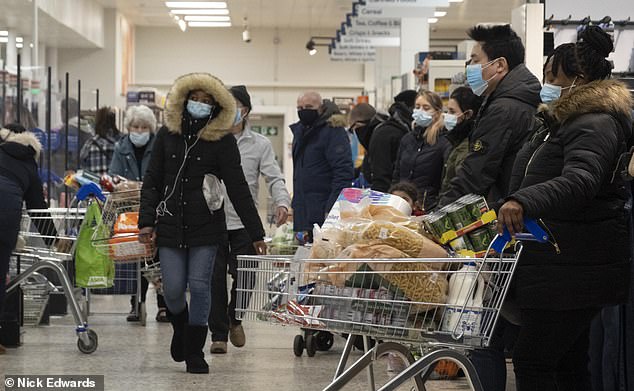 Ministers are not said to be considering extending the ban to supermarkets, for fear that online delivery systems would be overwhelmed

Ministers are not said to be considering extending the ban to supermarkets, for fear that online delivery systems would be overwhelmed.

Retail industry bosses in Scotland have written to First Minister Nicola Sturgeon pleading for click and collect to be allowed to continue after she suggested the service could be banned amid a potential tightening of the coronavirus lockdown.

The Mail today reports that Boris Johnson is also under pressure to increase the social distancing gap to stop the spread of coronavirus. 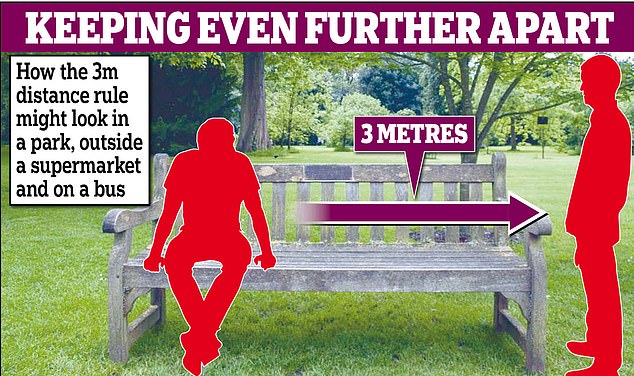 The Mail reports today that experts want the public to maintain a minimum of three metres distance on public transport, in supermarket lines and while out and about

Leading members of the Sage scientific advisory panel want the measure raised from ‘one metre plus’ to ‘two metres plus’.

In practice this would change the limit to three metres – nearly 10ft – and would be enforced on public transport, in shops and while queuing for services like click and collect.

A government spokesperson declined to comment on the matter.

It comes as Sainsbury’s last night announced it would begin deploying trained security guards to police entrances to its stores to ensure customers are wearing masks, as well as urging customers to shop alone. 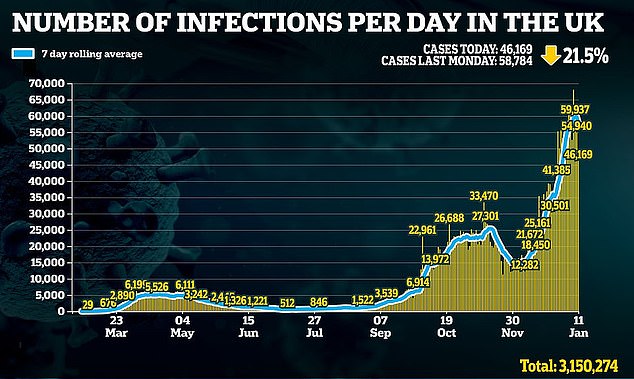 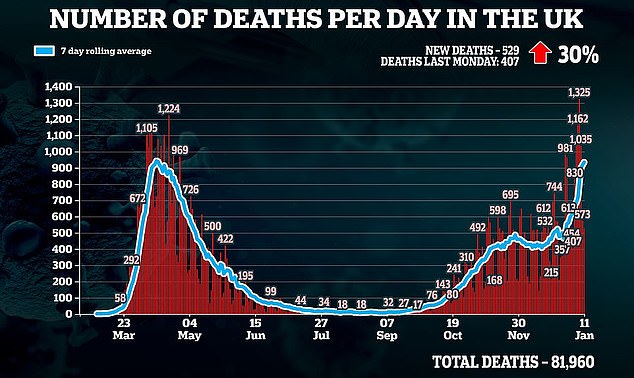 Britain has today recorded a further 529 Covid deaths – marking a 30 per cent rise on the 407 reported on this day last week. It is also the deadliest Monday since April 20 when 570 people lost their lives

And Morrisons announced it would deny shoppers who refuse to wear masks entry to its nearly 500 stores.

Shopworkers’ union Usdaw said it had been ‘inundated’ with complaints from its members of abuse during the pandemic, and demanded supermarkets and food retailers revert to ‘stringent’ restrictions.

High street chains including Tesco, Sainsbury’s and Waitrose insisted that Covid safety remains their ‘highest priority’ and said that customers were given regular reminders to follow the rules.

But shocking examples of the regulations being broken were seemingly evident in the big-brand shops as Boris Johnson warned of ‘complacency’ and urged people to comply with the restrictions.