A civil servant tried to take their own life after ‘prolonged racial bullying’ in a Government department, it has been alleged.

The Cabinet Office has launched a review into ‘respect and inclusion’ amid accusations of racism as well as unfairness towards disabled staff.

The review was launched earlier this year by the department, which has a cross-Government role and describes itself as the ‘corporate headquarters of the Civil Service’, after pressure from unions.

Concerns have been raised over a number of years around how black members of staff are treated, with examples given of one black worker being called ‘boy’ in a meeting and the use of the N-word.

It is understood that some cases had been settled financially.

A draft presentation to be shared with all staff before the review was launched as part of a series called, ‘So Let’s Talk About Race’, from March 2020.

This set out the ‘lived experiences of Ethnic Minorities staff in the Cabinet Office today’.

A civil servant tried to take their own life after ‘prolonged racial bullying’ in a Government department, it has been alleged (file photo)

The presentation was intended to shine a light on the experiences of staff in order for improvements to be made.

In the slides, one member of staff said they would not put their photo on internal services ‘because I don’t want people to know I’m black before they meet me’.

Another said a member of their team had only appointed white men.

When challenged on not appointing a colleague with a Nigerian name, said it was because ‘no-one can pronounce their name’ and ‘I don’t understand them when they speak’.’

A further employee said: ‘Things reached a very low point for me about what is happening in certain parts of the department when I was told by a colleague that someone had attempted to take their own life because of prolonged racial bullying.’

The ‘So Let’s Talk About Race’ programme has been implemented in a number of Government departments and often involves the sharing of incidences where staff felt they had experienced racism to highlight the issue.

The Cabinet Office said latest data showed a ‘decline in reported incidents of discrimination’ and that the whole purpose of the presentation was to elevate experiences and ‘help make our workspace more inclusive’.

Mr Tse wrote about running the sessions in an article for the Black History Month website in August last year, where he said ‘colleagues hear examples of the lived experiences of colleagues from an ethnic minority background of the subtle, covert, and sometimes not so subtle, overt racism, that is still happening, and these stories have a profound impact on all who hear them’.

Another member of staff described in the slides as being referred to as ‘you people’ and was told they were ‘making a storm out of a teacup and making false claims’.

Others said it was more subtle behaviours, ‘micro-aggressions’ or simply having to work harder than white colleagues to progress that were the root of the issue. 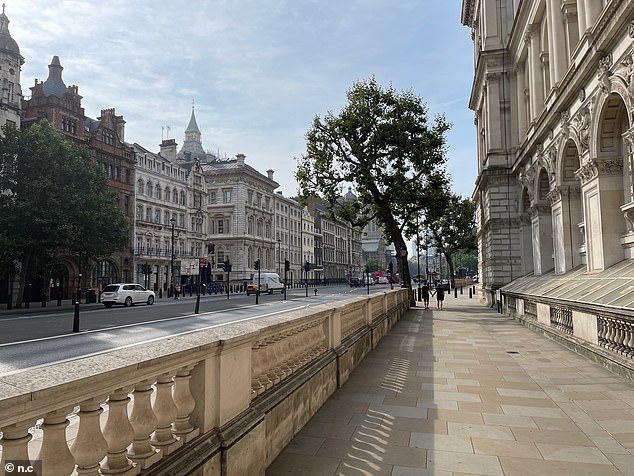 A draft presentation to be shared with all staff before the review was launched as part of a series called, So Let’s Talk About Race, from March 2020, which was intended to shine a light on the experiences of staff in order for improvements to be made (file photo)

More issues about the handing out of bonuses and rewards, with the accusation that non-white or disabled staff often would not reach the internal scoring threshold given to trigger the benefits, or that reasonable adjustments requested by disabled staff have not been met.

At that time, he said that ‘large numbers’ of black and ethnic minority staff had complained to the union about prejudice.

The union earlier this year said it was considering taking the issue to the Equality and Human Rights Commission after more than 80 staff members had complained about being racially bullied.

The Cabinet Office, which until September this year was headed by Michael Gove until Steve Barclay became Chancellor of the Duchy of Lancaster, said improvements had been made, and this was reflected in the most recent staff survey.

An entry published on the Government website shows that the Cabinet Office is paying the Business Disability Forum £10,200 to conduct ‘a review of bullying, harassment and discrimination in relation to disabled employees within the Cabinet Office’.

This is part of a wider initiative called the Respect and Inclusion Review, which would also cover racism.

A Cabinet Office spokesperson said: ‘The Cabinet Office does not tolerate bullying, harassment or discrimination in any form. We sought out these experiences precisely to help make our workspace more inclusive. 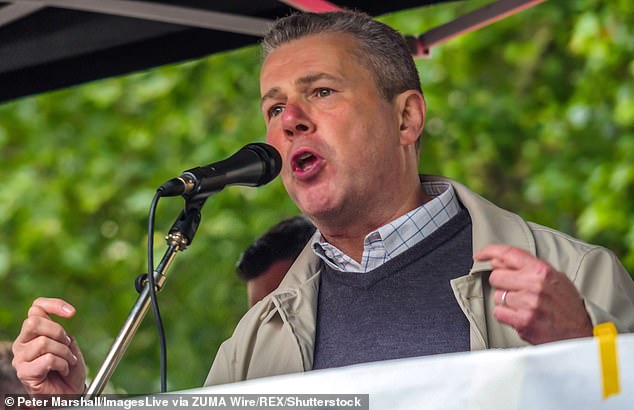 ‘This is a vital part of our commitment to set a new standard for diversity and inclusion, as set out in the Declaration on Government Reform. While our latest data shows a decline in reported incidents of discrimination, there is always more we can do.

‘Our Respect and Inclusion review will build on the improvements made in recent years by considering our policies, practices and workplace culture, supported by specialist external advice.’

But a PCS spokesman said the union had not been included in the process.

A spokesperson said: ‘While we welcome the Cabinet Office launching a review, it is disgraceful that PCS is being excluded from the full process by not being allowed a seat on the project management committee.

‘It is unacceptable that the full Cabinet Office report will be withheld from unions when PCS and others are the ones who have highlighted the appalling examples of racism within the department.

‘Only by a full and transparent process can we begin to give confidence to staff that their concerns are being addressed and that there will be a significant culture shift within the Cabinet Office.’