A Christmas lights ceremony in Somerset went comically wrong on Friday as the illuminations turned on before the Mayor had pushed the lever.

The hilarious fail happened in the town of Bridgwater, Somerset, which had been decked out in lights and a Christmas tree in anticipation of the festive season.

A video of the ceremony has since gone viral and has been watched over 700,000 times.

In the clip, the crowd counts down, as town mayor Leigh Redman and County Councillor Peter Clayton stand in front of a building called the Cornhill, poised to push plunge the red lever.

As the countdown reaches ‘one’, the Christmas lights instantly illuminate – a second before the lever that was appearing to turn them on was pushed down.

The pair awkwardly push down the ceremonial lever as the Christmas lights flicker behind them. 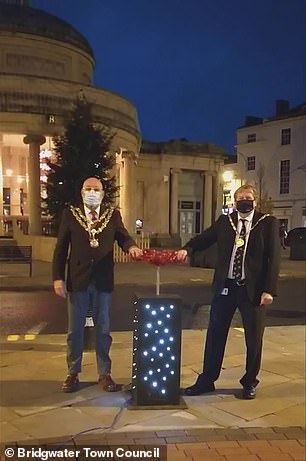 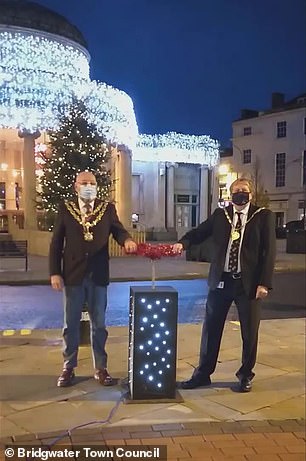 Comic footage shows Bridgewater mayor Leigh Redman (on the left) and County Councillor Peter Clayton stand next to a red lever that was appearing to be used to turn the lights on. In comical timing, the Christmas lights instantly light up – a second before the lever was pushed down

Footage of the ceremony was shared on Twitter by BBC Radio Somerset who joked that the comedic fail was ‘The Christmas lights switch-on we all need in 2020’.

In an interview with BBC Somerset, Bridgwater’s mayor Leigh Redman said he was delighted the ‘premature illumination’ had got people talking about the town.

As they had their backs to the lights, Mr Redman revealed that he had no idea that the timing of the ceremony had gone so wrong.

‘My wife started laughing and I didn’t know what she was laughing about,’ he said.

‘We didn’t realise at all until the best part of half an hour later when we reviewed [the footage]. 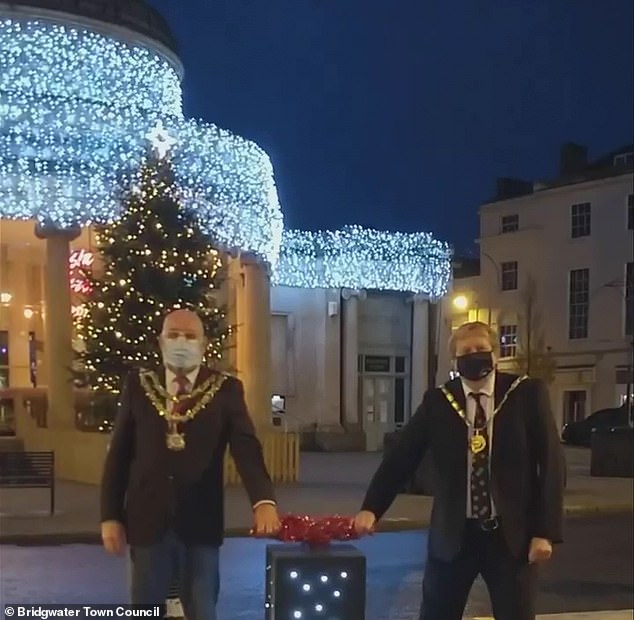 Bridgwater Town Council have taken the timing malfunction in good humour, writing: ‘Absolutely glad the lights bring more happiness than we planned!’. A video of the awkward moment has been watched over 700,000 times online

Thousands of people have watched the comical clip on social media that has become an internet sensation.

One person wrote on Twitter: ‘As timing goes this was perfect for comedy.’

Another person called Julia Barclay wrote: ‘…and I always thought those ‘switches’ were real!! Sums up 2020 nicely!’ 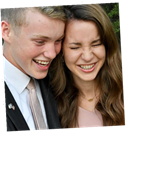