Carers who sleep at their workplace overnight are NOT entitled to the minimum wage for their whole shift, Supreme Court rules

Carers who have to sleep at their workplace in case they are needed overnight are not entitled to the minimum wage for their whole shift, the Supreme Court has ruled.

Claire Tomlinson-Blake, a Mencap support worker in the East Riding of Yorkshire, appealed against a Court of Appeal ruling that carers are only entitled to the minimum wage when they are required to be awake for work – and not while asleep.

She challenged the decision at the UK’s highest court at a hearing in February last year alongside a linked appeal brought by John Shannon, a Surrey care home worker whose case was heard along with Mrs Tomlinson-Blake’s at the Court of Appeal.

In a statement after the ruling, Paul Chamberlain, head of employment at law firm JMW Solicitors, said: ‘This is a landmark case for the care sector. 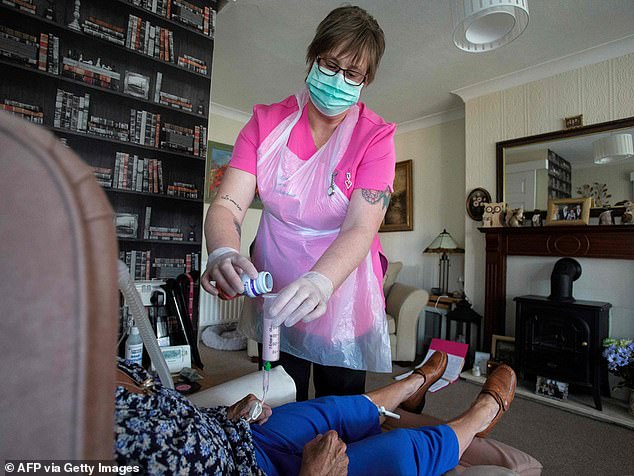 Care workers will not be paid minimum wage for sleeping at their workplace in case they are needed. Pictured, Dawn, a carer from Elite Care Solutions gives her client Tina, who suffers with Multiple Sclerosis, her lunchtime feed during a home visit in Scunthorpe

‘While the industry will be breathing a huge sigh of relief, the ruling does carry financial implications for carers, who will be sorely disappointed by the decision.

‘They will not be exposed to back-pay and other associated, and potentially significant, financial liabilities from the likes of HM Revenue and Customs, in addition to employment tribunal claims.

‘Critically, contractual terms of ‘sleep-in’ shifts will remain the same.’

Matthew Wort, a partner at Anthony Collins Solicitors – which represented Care England, the body that represents independent care providers and intervened in the Supreme Court case – said: ‘The Supreme Court’s decision means UK care providers no longer face a potentially catastrophic financial outcome that could have jeopardised the care of thousands of people.

‘This case was not about what care workers should be paid. Instead, it focused on the interpretation of national minimum wage regulations, with the law and previous government guidance making clear that carers are not working while asleep.

‘Today’s judgement puts an end to many years of uncertainty. It should be seen as a line in the sand, with the focus now on ensuring changes are made in how workers are remunerated to ensure appropriate pay for time asleep.’

Mr Wort said a ‘serious risk’ had been removed from providers, but that did not guarantee long term stability in the sector. 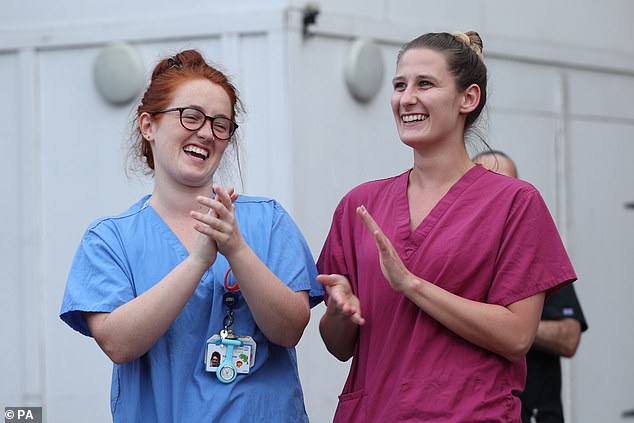 He added: ‘The coronavirus pandemic has added significant pressure on providers already on their knees due to funding cuts, many of which are now assessing the viability of their services – to the potential detriment of people who rely on care for their day-to-day needs.

‘Now is the time for central government to increase its investment in the social care sector, providing the funding local authorities need to maintain healthy care markets.’

She added: ‘Support workers within Mencap and across the sector do an exceptional job.

‘They are dedicated in their care for people with a learning disability and should be paid more. They are care workers on the coronavirus front line and deserve better recognition in all forms.

‘The Supreme Court in its judgement rightly recognises this. But we understand that many hard-working care workers will be disappointed by its ruling.

‘Mencap contested this case because of the devastating unfunded back pay liabilities facing providers across the sector. This was estimated at £400 million. Sleep-ins are a statutory care service which should be funded by local authorities, and ultimately Government. 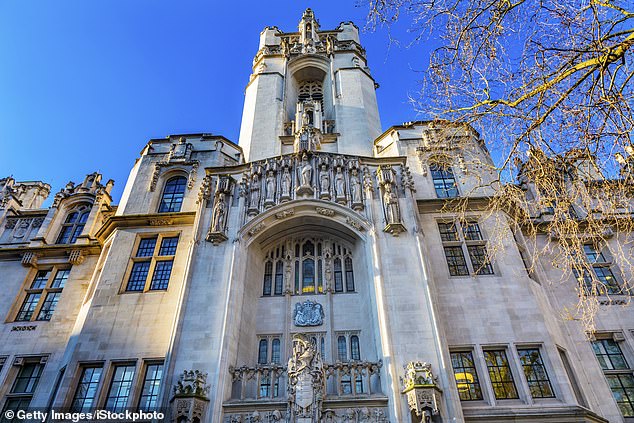 Claire Tomlinson-Blake, a Mencap support worker in the East Riding of Yorkshire, appealed against a Court of Appeal ruling that carers are only entitled to the minimum wage when they are required to be awake for work – and not while asleep. Pictured, the Supreme Court

‘It is no exaggeration to say that if the ruling had been different, it would have severely impacted on a sector which is already underfunded and stretched to breaking point.

‘Some providers would have gone bust and, ultimately, the people who rely on care would have suffered.’

Mr Harris called on the Government to reform legislation covering ‘sleep-in’ payments, which he described as ‘out of date and unfair’.

He added: ‘More widely, they should do a thorough and meaningful review of the social care workforce and put more money into the system so that we can pay our hardworking colleagues better.

‘It is disappointing that there is still no plan for social care reform.

‘Today’s decision means that we can continue our important work which includes fighting for the rights of people with a learning disability, giving information and advice and promoting inclusion, as well as supporting people to live brilliant lives.

‘Until there is a more sustainable solution from Government, we plan to continue to pay top ups for sleep-ins, as we have done since 2017, and will urge local authorities to continue to cover this in their contracts.’