Home » World News » Can you spot the sneaky snake that slithered into one of these shoes? – The Sun

A SLY serpent almost slithered up the property ladder after trying to making itself at home.

Snake catcher Tony Morrison, 40, from Brisbane, Queensland, Australia, was called out to remove the Green Tree snake after the surreptitious reptile had wrapped itself tightly inside the house. 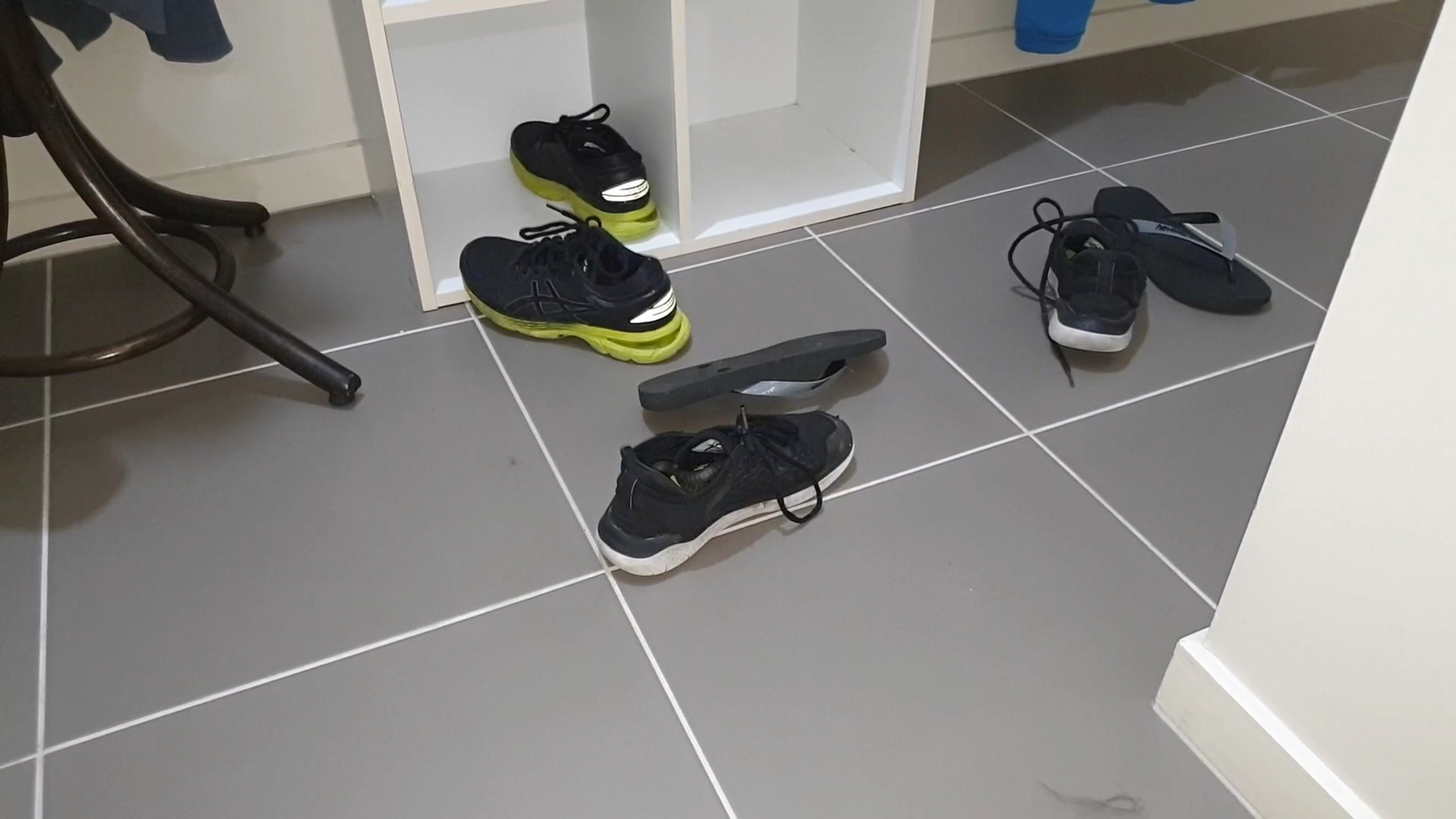 Tony – who has been a snake catcher for 20 years – added that if left undisturbed, the snake might have stayed inside the shoe for days.

He said: "This one takes the old saying 'check your shoes before you put them on' to a whole new level.

"The lady spotted the snake inside the shoe in her house in their hallway, she was hysterical on the phone to me to hurry up and remove it.

"The snake was a Green Tree Snake which thankfully is not a venomous species, but they do pack a nasty bite.

"These snakes are a fairly common species and often find their way into houses."

The snake was unharmed and later released it into nearby countryside.

He added: "Once I removed the snake from the shoe it was released into bushland shortly after." 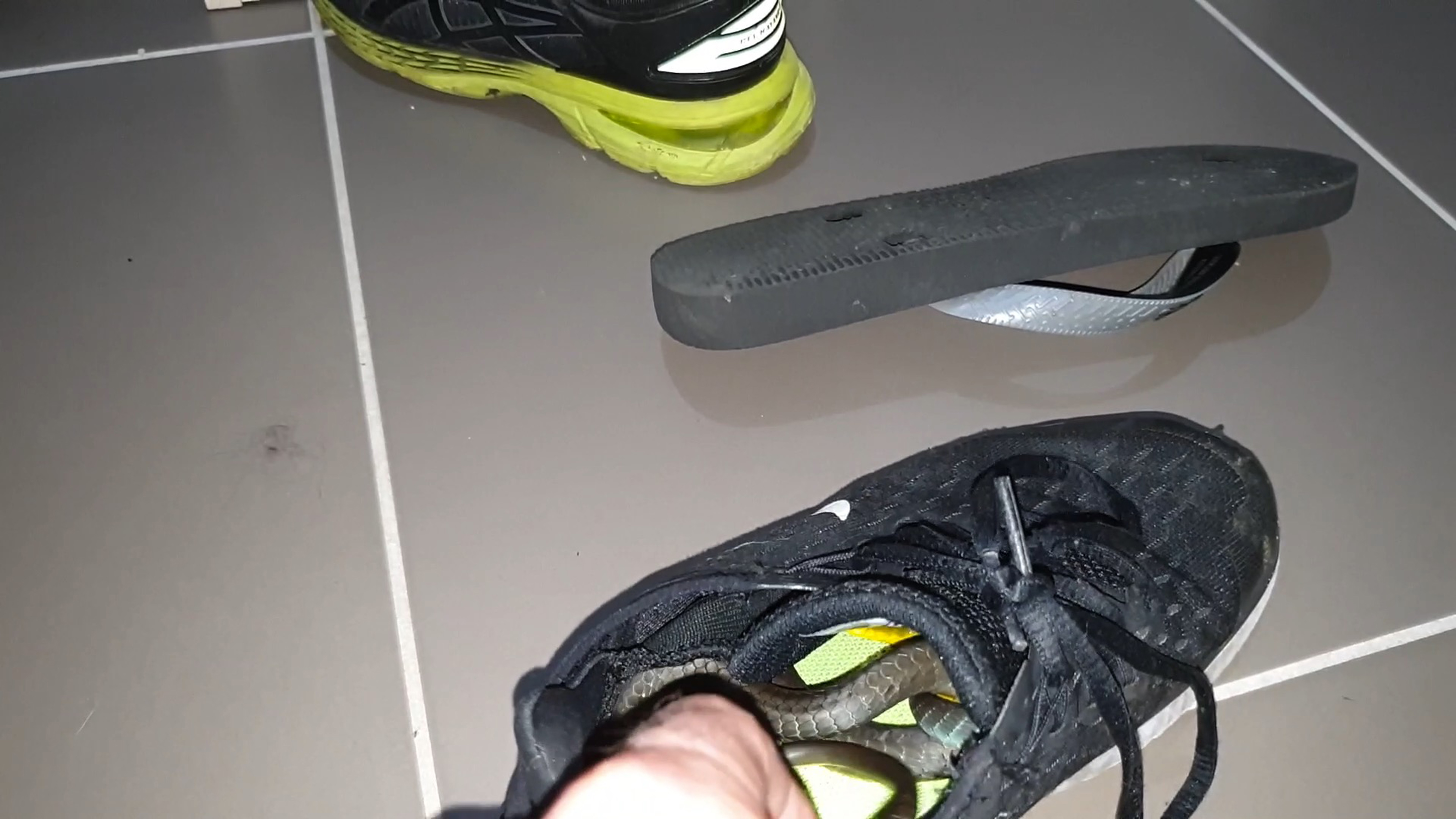 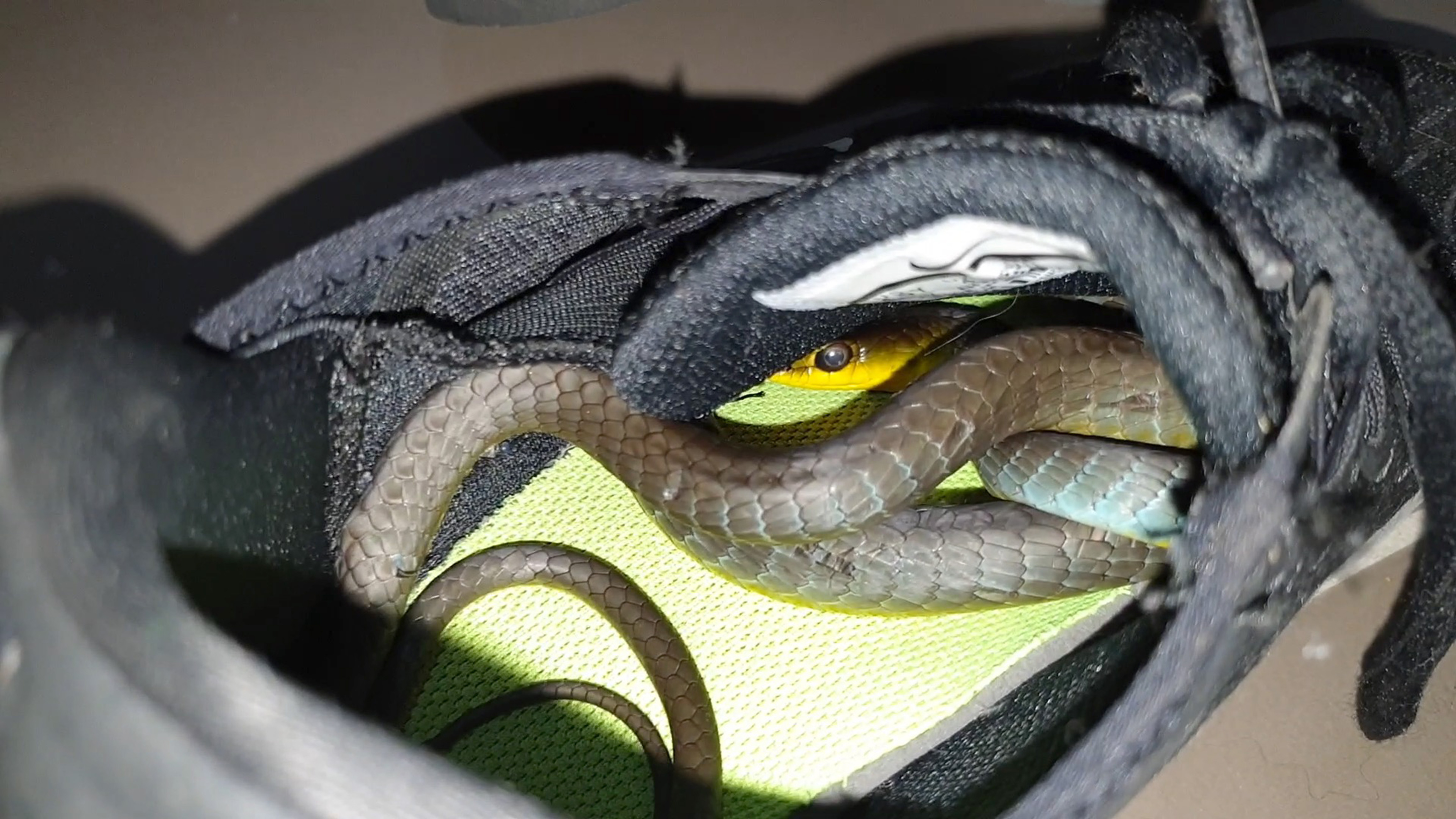