A DEM councilwoman is facing calls to resign after she appeared to encourage spreading coronavirus to President Trump supporters.

On Friday, Denver District 9 leader Candi CdeBaca retweeted a post from a woman which said: "For the record, if I do get coronavirus I'm attending every MAGA rally I can." 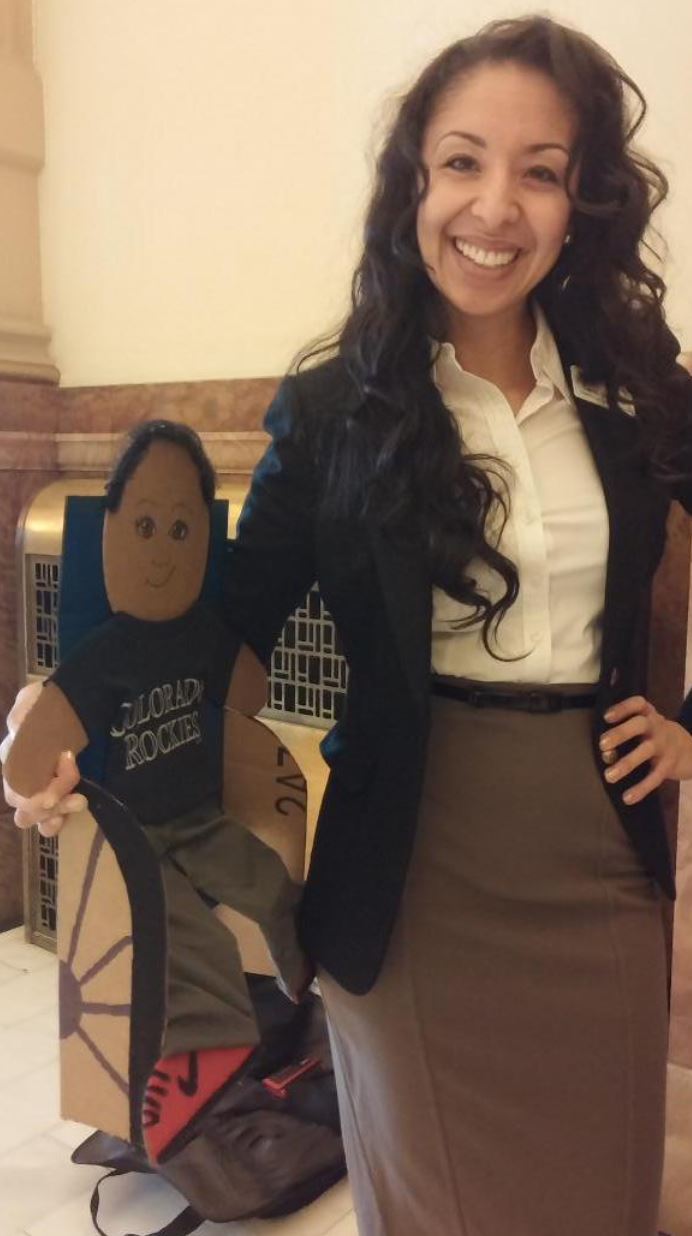 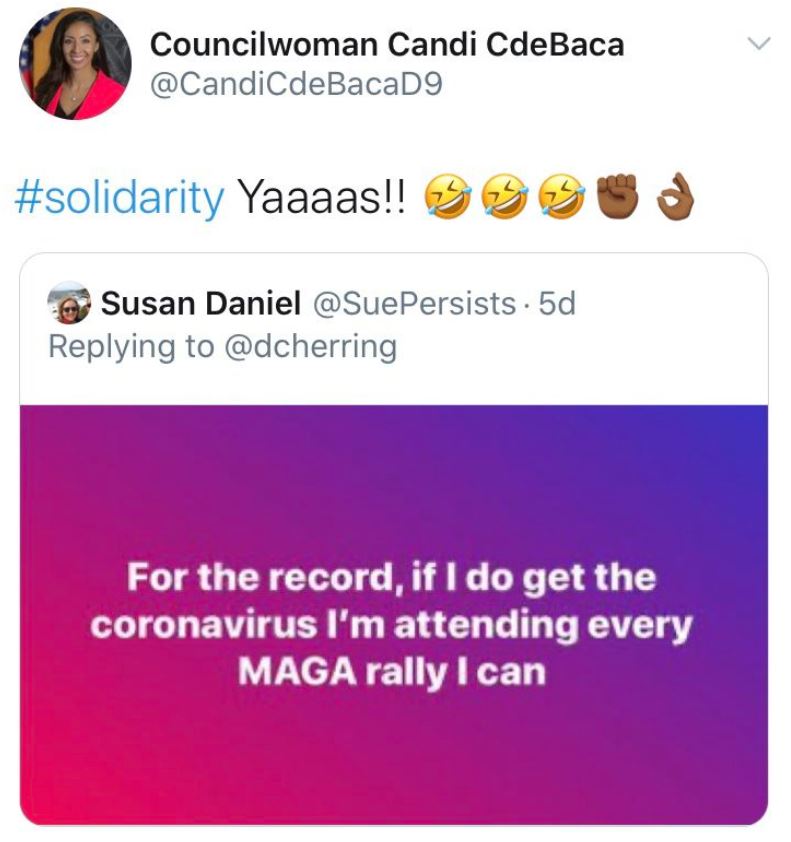 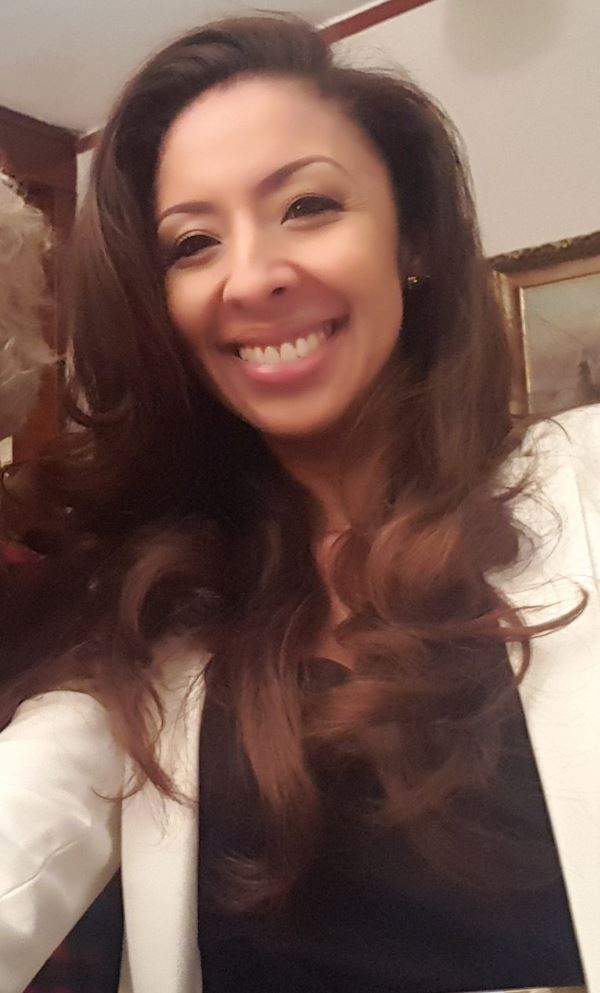 She shared the post with a caption saying: "#Solidarity. Yaaaas!"

Fangonilo said: "Councilwoman CdeBaca praising a social media post calling for Trump supporters to be infected with the coronavirus is simply disgusting.

"There can be no room in our politics for wishing harm on Americans who have different political beliefs. Democrats in Colorado and across the country need to condemn this evil statement.

"In light of these comments the Colorado Republican Party is calling on Councilwoman CdeBaca to resign immediately."

Responding to the GOP's statement, the under-fire councillor told Colorado Politics in a text message: “They were calling for me to resign before I got elected!

“If they are indeed worried about the severity of the coronavirus, then they should encourage our Republican president to take it more seriously.

“That re-tweet was a response to Trump’s dismissal of the severity of the outbreak."

She added. "It’s the Democrats who they are condemning that are actually taking the issue seriously. I’m simply holding up the mirror.”

The news comes days after Donald Trump Jr slammed the councilwoman for encouraging people with coronavirus to attend Make Americas Great Again rallies so they can infect Trump supporters. 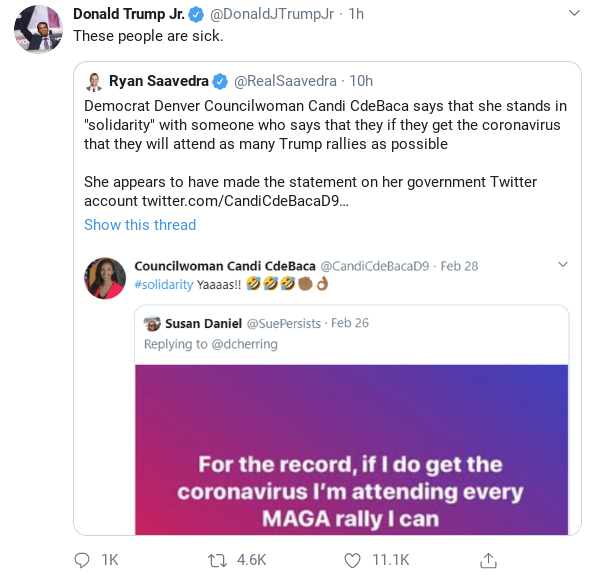 As of March 4, 10 people have died from the killer coronavirus in the US as confirmed cases top 108 on American soil – with over 92,000 cases worldwide.

But when a Daily Wire reporter shared her comments on Twitter, CdeBaca gave several explanations, saying Trump downplayed the seriousness of coronavirus – and that she was being "sarcastic."

"Are you listening to ANYTHING Trump has said about the virus?" she replied. "Do you realize Trump reduced the virus to a common flu?"

Her statements come after Trump said Democrats were trying to scapegoat and blame his response to the outbreak here, as he urged people not to panic.

Yesterday, he tweeted: "I was criticized by the Democrats when I closed the Country down to China many weeks ahead of what almost everyone recommended.

"Saved many lives. Dems were working the Impeachment Hoax. They didn’t have a clue! Now they are fear mongering. Be calm & vigilant!"

Trump met with top pharmaceutical experts on Monday to discuss a possible vaccine and emphasized the urgency of it amid increasing coronavirus fears.

Mike Pence promised daily briefings on the spreading bug on Monday, telling reporters: “'Get used to seeing us" as the government switch to containing the coronavirus outbreak on home ground.

Some people had previously expressed concern over faulty test kits and strict protocol for giving coronavirus tests around America before requirements were changed.

“Now we’re focused on mitigation of the spread, as well as the treatment of the people affected,” Pence said, as reported by Politico. 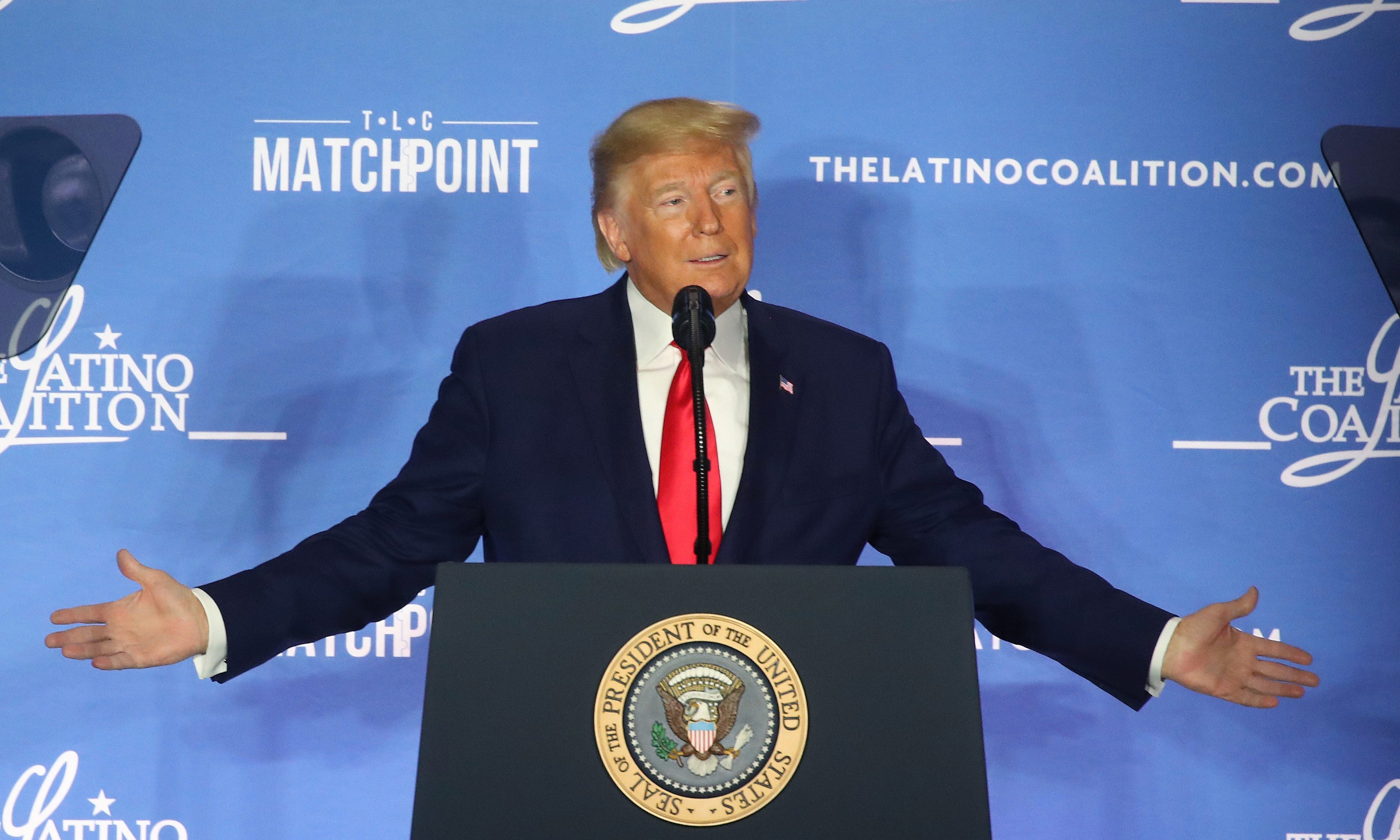 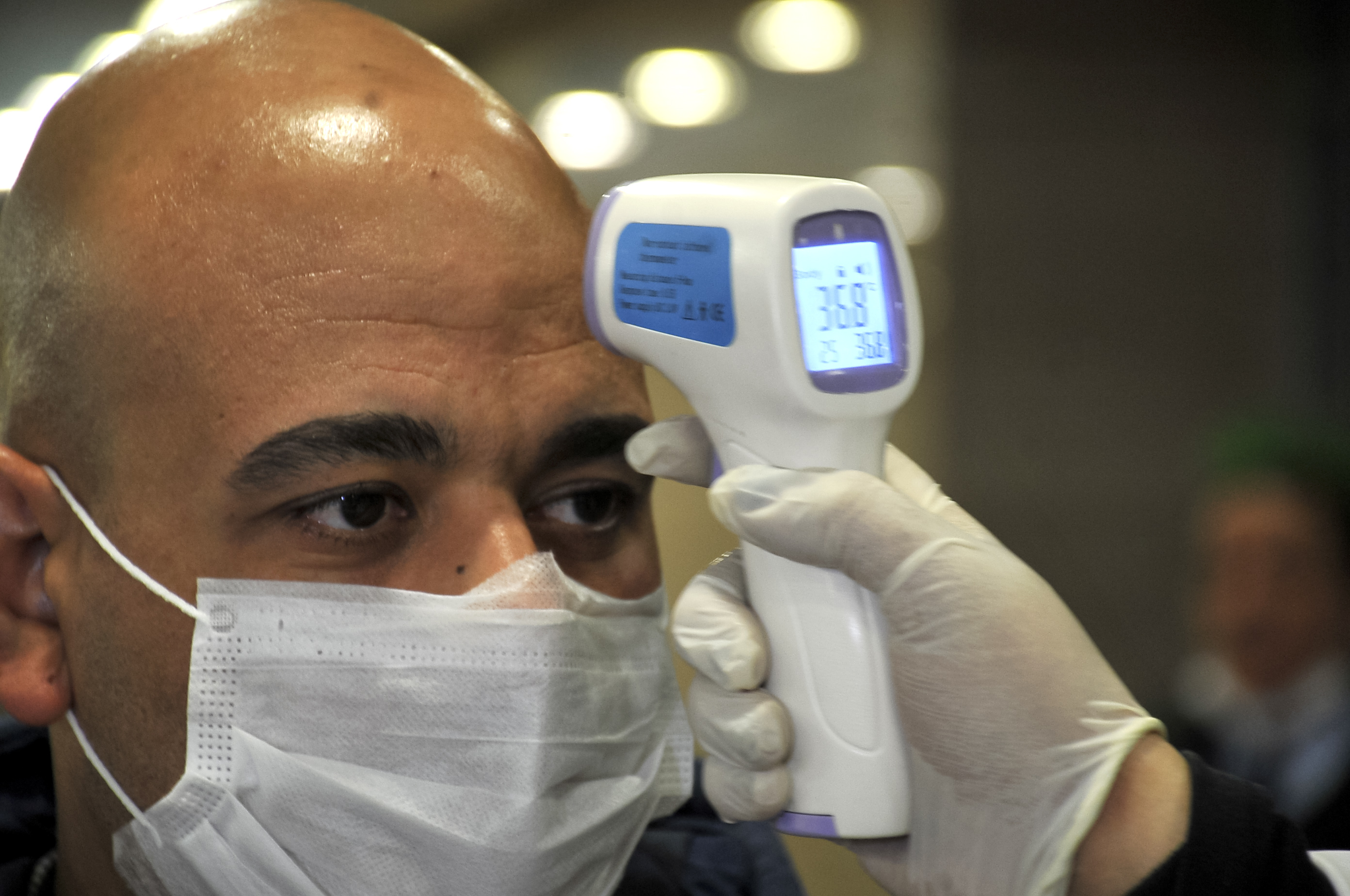