Home » World News » Brit holidays to Spain in doubt as coronavirus cases TREBLE to 1,622 with 35 deaths and hotels shut to beat killer bug – The Sun

BRITS with holidays to Spain have been left uncertain about their plans as cases of coronavirus has trebled – with more than 1,622 infections and 35 deaths.

The news comes ahead of the country's fast approaching tourism season with many holidays to Spain left in doubt. 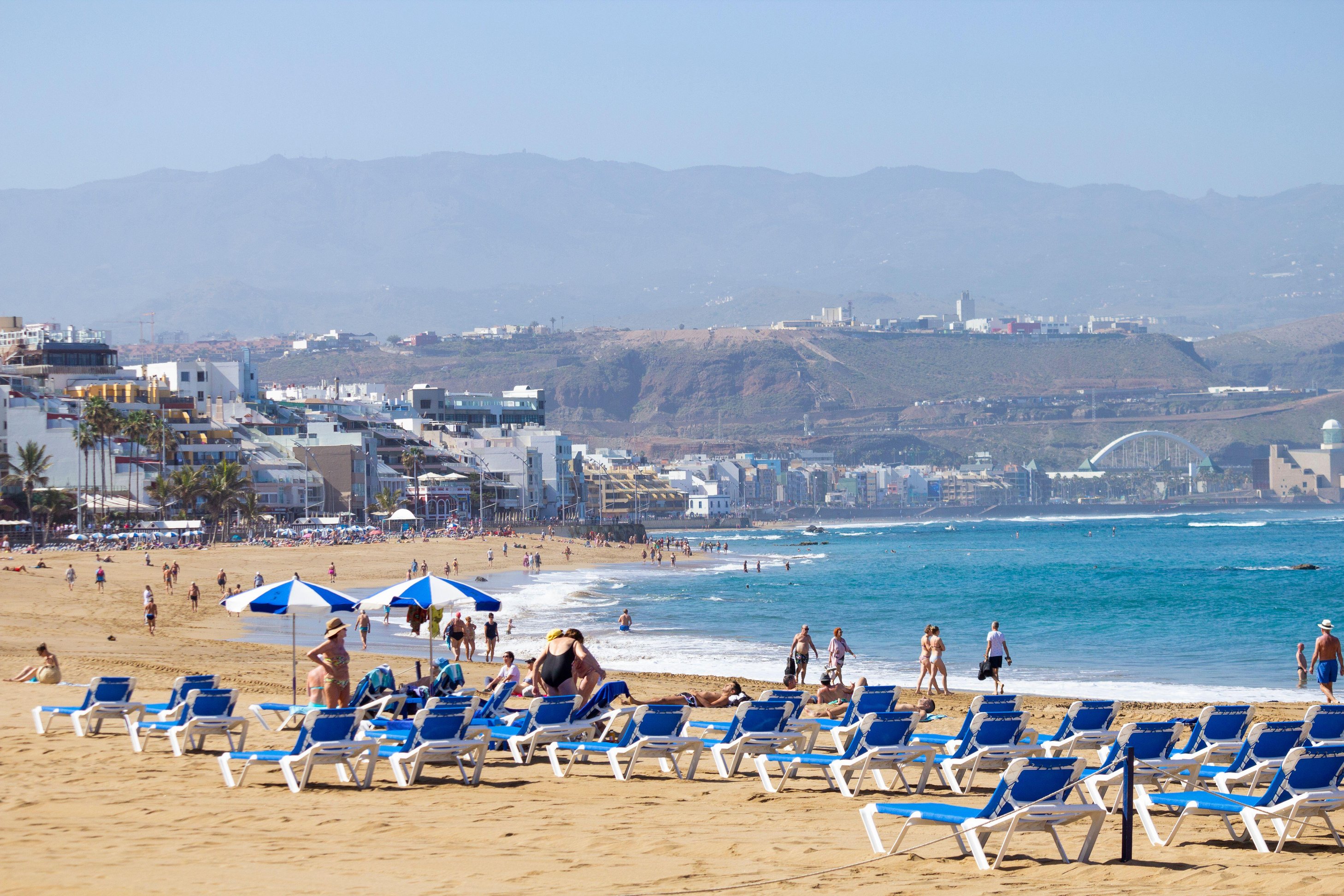 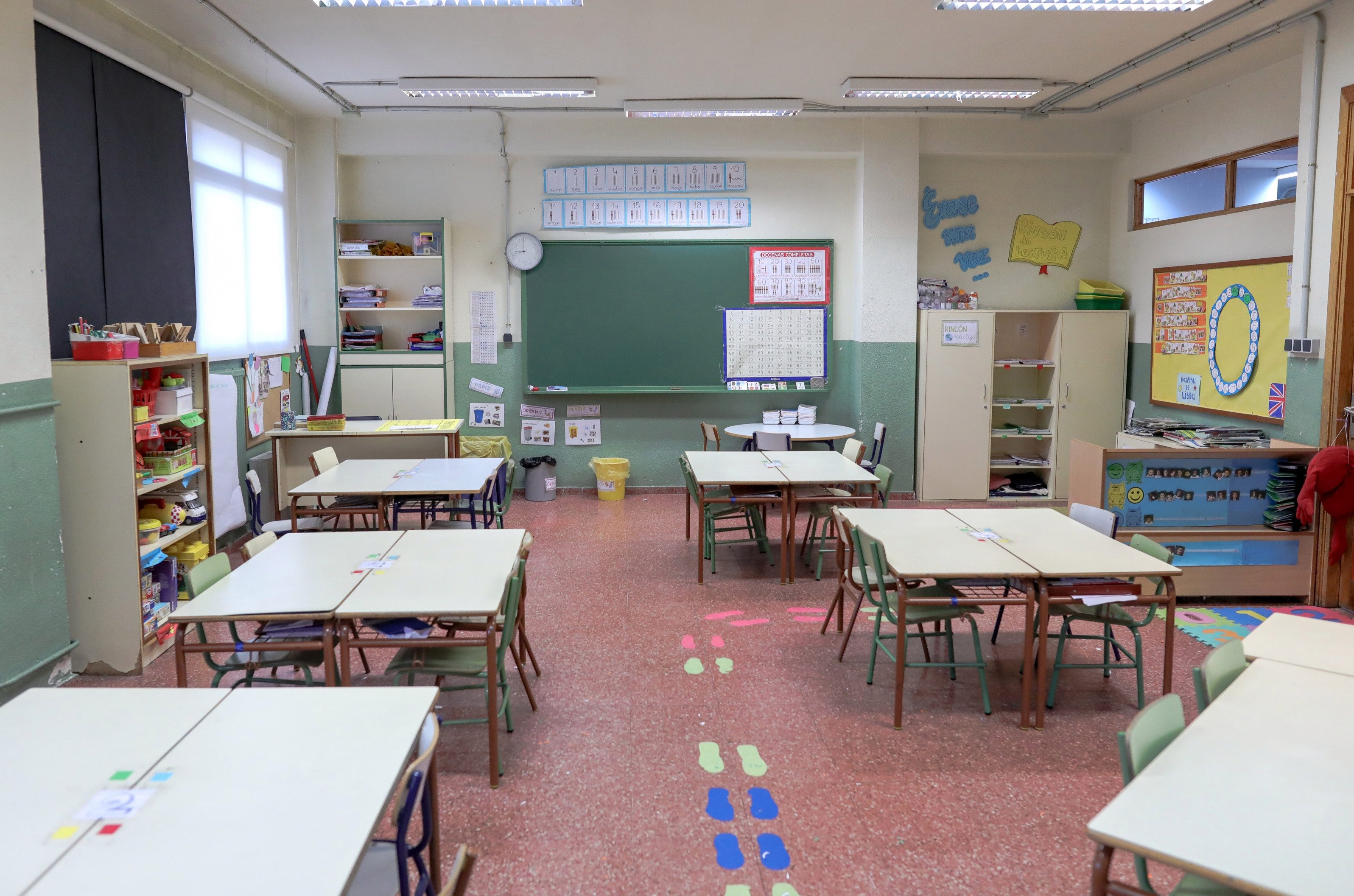 Spain currently has the world's fifth-highest total of cases and its capital Madrid is undergoing drastic measures to prevent the deadly bug from spreading.

All universities and schools in the capital are closing and Madrid's public transport will be disinfected every day.

With Spain's busiest season fast approaching the government of Catalonia, which includes the city of Barcelona, said it will implement similar measures if the number of cases rises.

Events across the country have made changes including Barcelona's Champions League match with Napoli scheduled for March 18 will take place indoors due to fears over the spread of the virus. 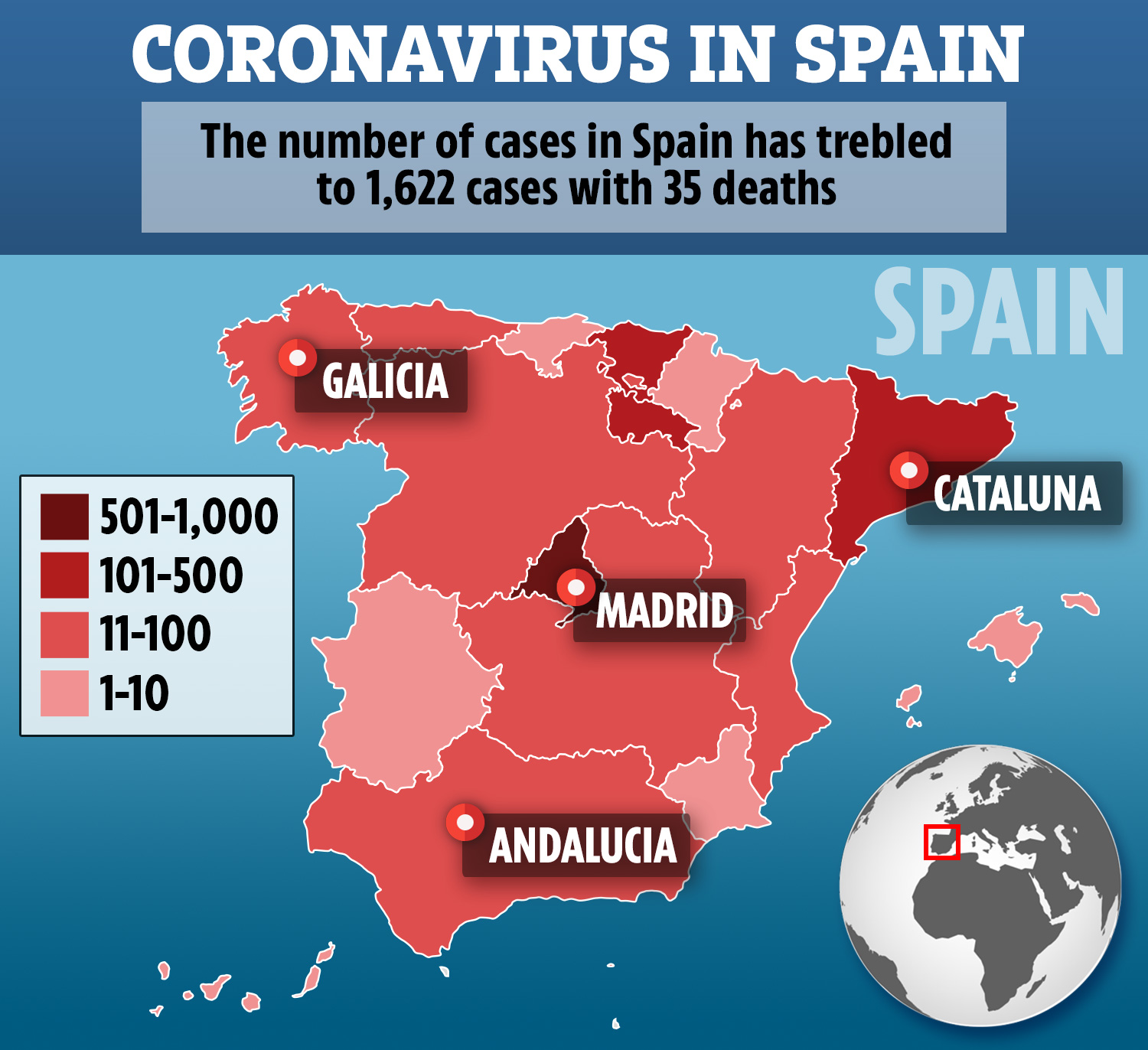 The match will take place at Camp Nou with no supporters allowed into the stadium.

Spain's Room Mate Group, who owns a number of hotels across the country, will shut the doors of half of its six hotels in Madrid for 15 days according to euroweeklynews.

So far it is the only hotel group to announce closures in the capital city.

According to the Group, the move is a "responsible act of solidarity" in line with the government's "extraordinary" measures.

Jorge Marichal, the president of the Spain Confederation of Hotels and Tourist Apartments told The Local that the industry has suffered "significant cancellations" and that reservations had fallen by 20 to 30 per cent.

This comes after a British dad tested positive in Majorca last month and this week an estate agent and his Spanish partner have been ordered to self-quarantine for 14 days, Olive Press reported.

The British estate agent's partner tested positive for Covid-19 after catching it from a patient at the hospital where she works as a nurse.

Spain has seen a rapid rise in the number of confirmed cases.

On Monday the number of infections went from 589 on Sunday to 1,204 on Monday.

The number of infections jumped to a massive 1,622 on Tuesday afternoon, five times the amount of confirmed cases in the UK.

Despite the concerns over the tourism industry by the Spanish government, the Foreign Office has not yet warned against travel to Spain. 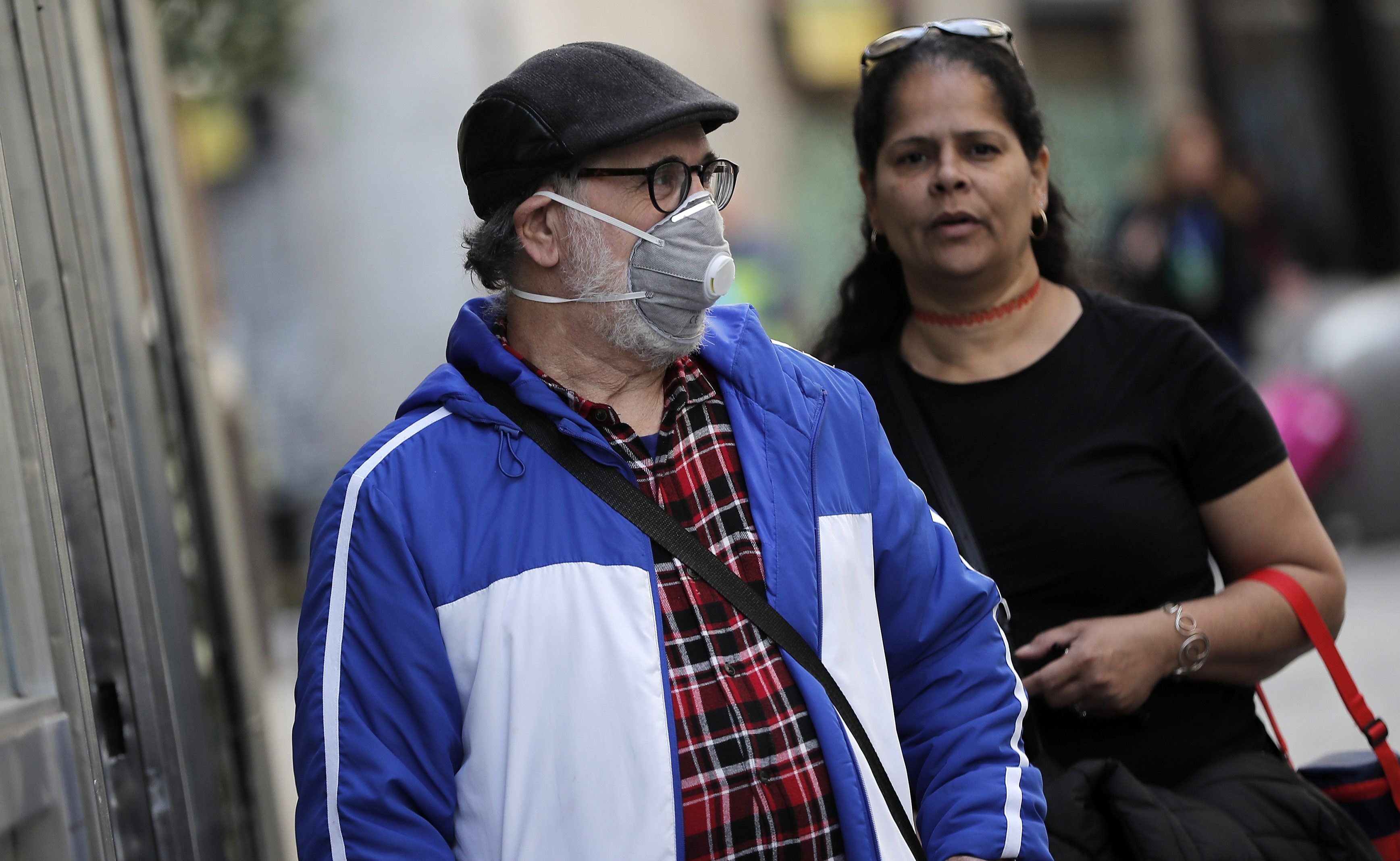 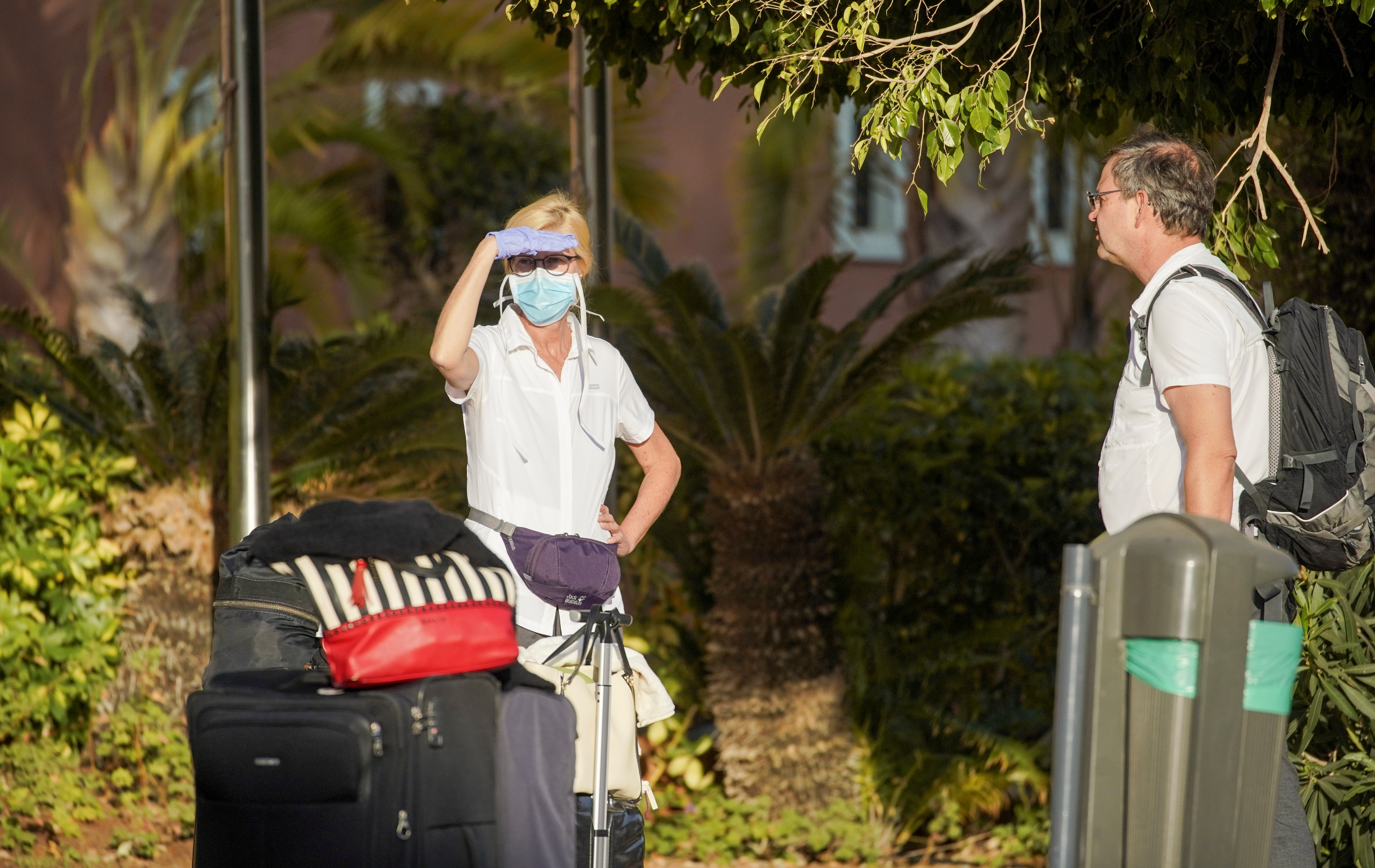 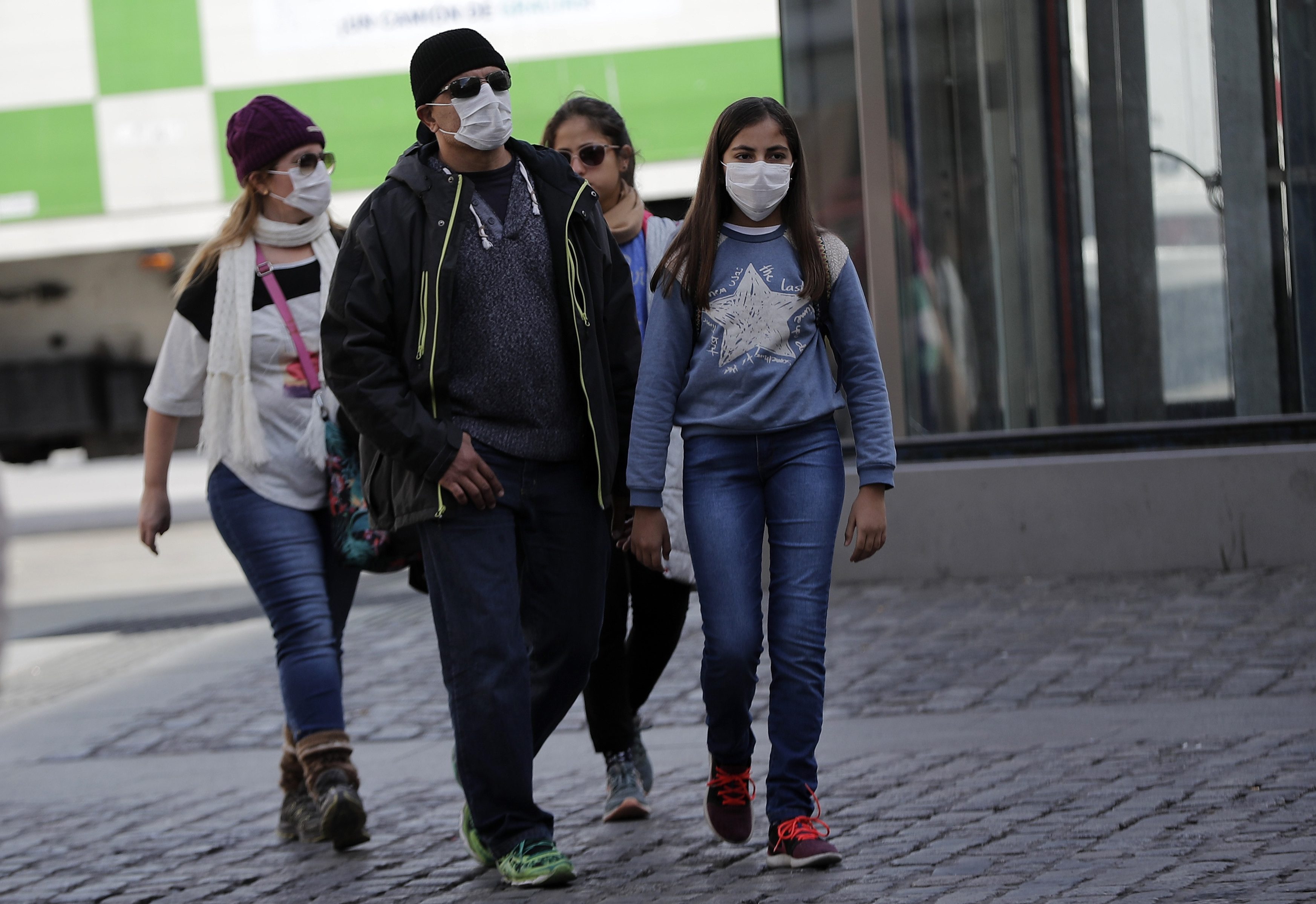