BORIS Johnson today seemed to enjoy his first public pint since pubs opened as he sipped on a cold beer while out campaigning.

The PM's face said it all as he was able to legally sip on a beer outside during a visit to The Mount pub and restaurant in Wolverhampton this afternoon. 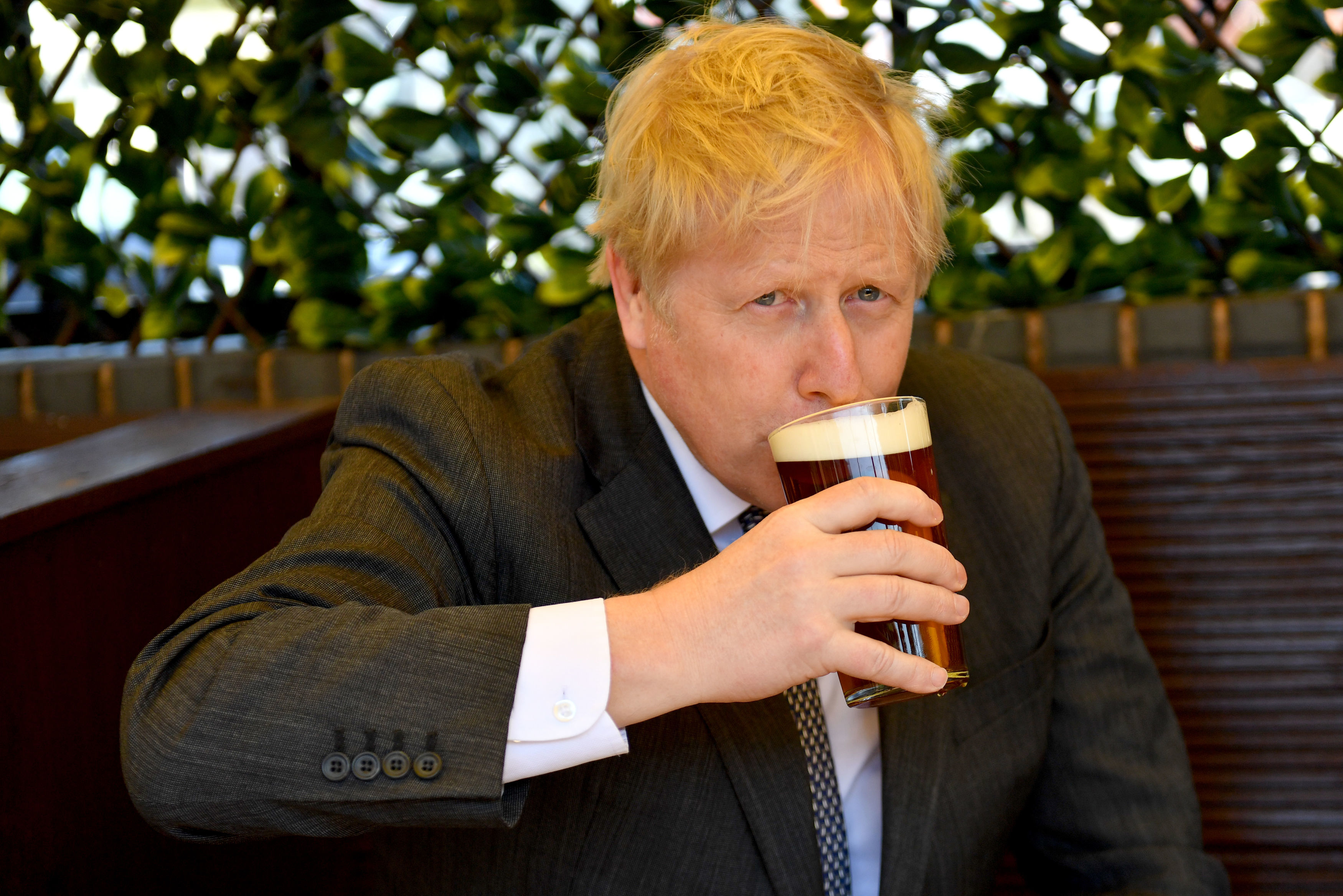 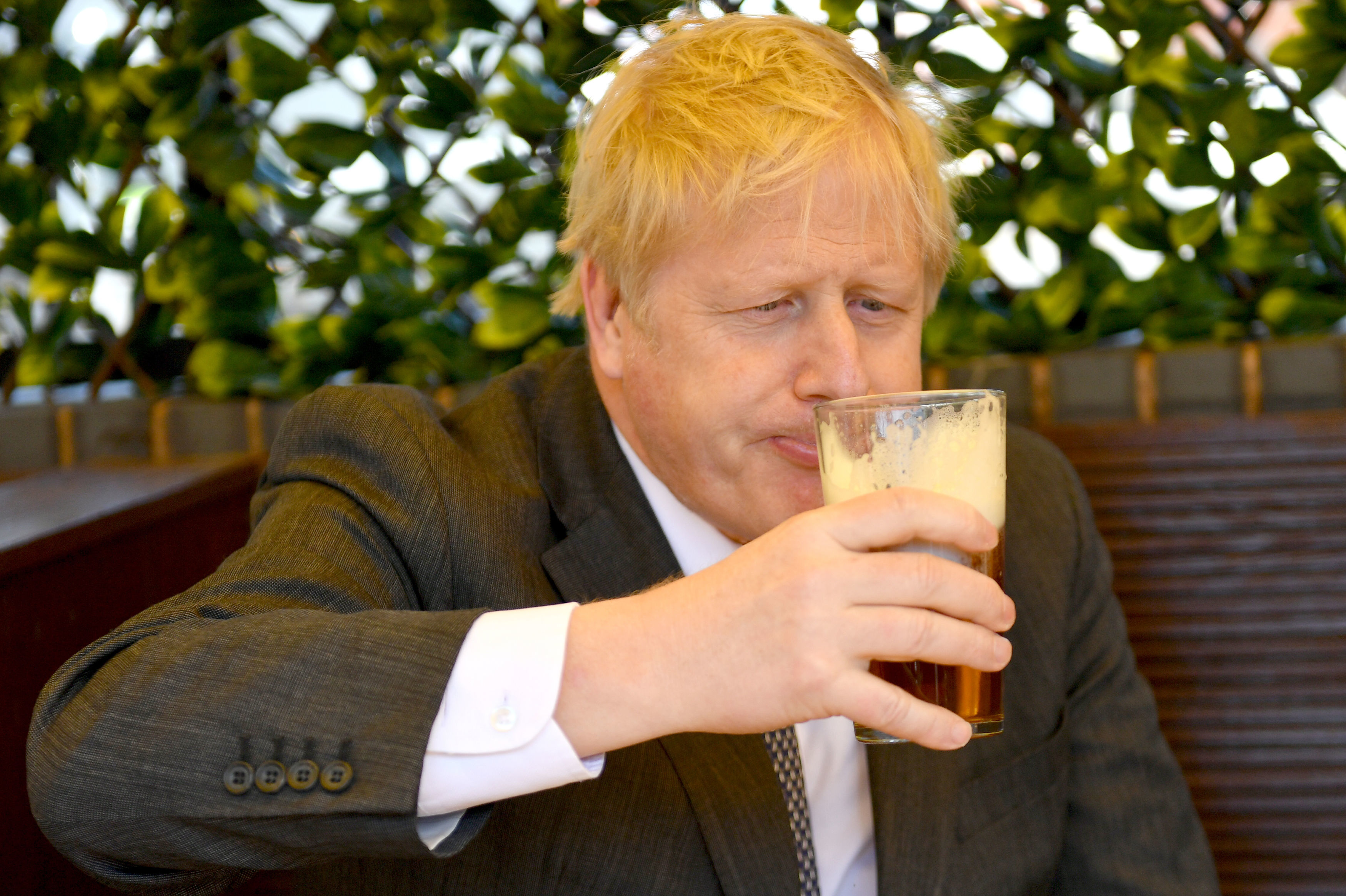 Pubs were allowed to reopen last Monday in England, with people flocking to get their first tastes of freedom once again.

But the PM had to cancel his much-desired drink last week after Prince Philip died the week before.

Government went into a period of mourning ahead of the Duke of Edinburgh's funeral, which took place on Saturday.

Now the period has ended the PM was able to get back to the pub for a photo-op with Birmingham Mayor Andy Street, who is up for re-election next month.

The pair enjoyed a moment's break while on the campaign trial today.

But the PM was left red-faced when he failed to remember the name of West of England mayor Tim Bowles.

He announced he would step down – and four candidates are running to be his successor.

It comes at the same time as several other local elections on the same day, which voters have described as confusing.

Asked if he knew who the regional mayor was, Mr Johnson said: "I'm very much in favour of powerful mayors in the West of England and elsewhere."

Pressed again on who the current mayor is, the Prime Minister said: "Well, I can tell you I'll be out campaigning for the West of England mayor, and all Conservative candidates, throughout the week."

Meanwhile, Sir Keir Starmer was confronted by an angry former-Labour voter in a pub earlier today too.

The Labour leader was turfed out of The Raven after trying to enter during a campaigning walkabout in the city centre.

Landlord Rod Humphris was seen struggling with a bodyguard during the incident as he yelled: "That man is not allowed in my pub."

The incident was caught on camera by reporters following the Labour leader.

But Labour sources accused him of "spreading dangerous COVID-19 misinformation" and "physically manhandled a female member of staff and had to be restrained as a result."

The party also claimed the landlord of the pub had apologised.

During a street confrontation Mr Humphris, who says he has been "a Labour voter my entire life", can be heard saying he's "incandescent" with Sir Keir's performance.

He tells him: "You have failed this country, you have seriously failed." 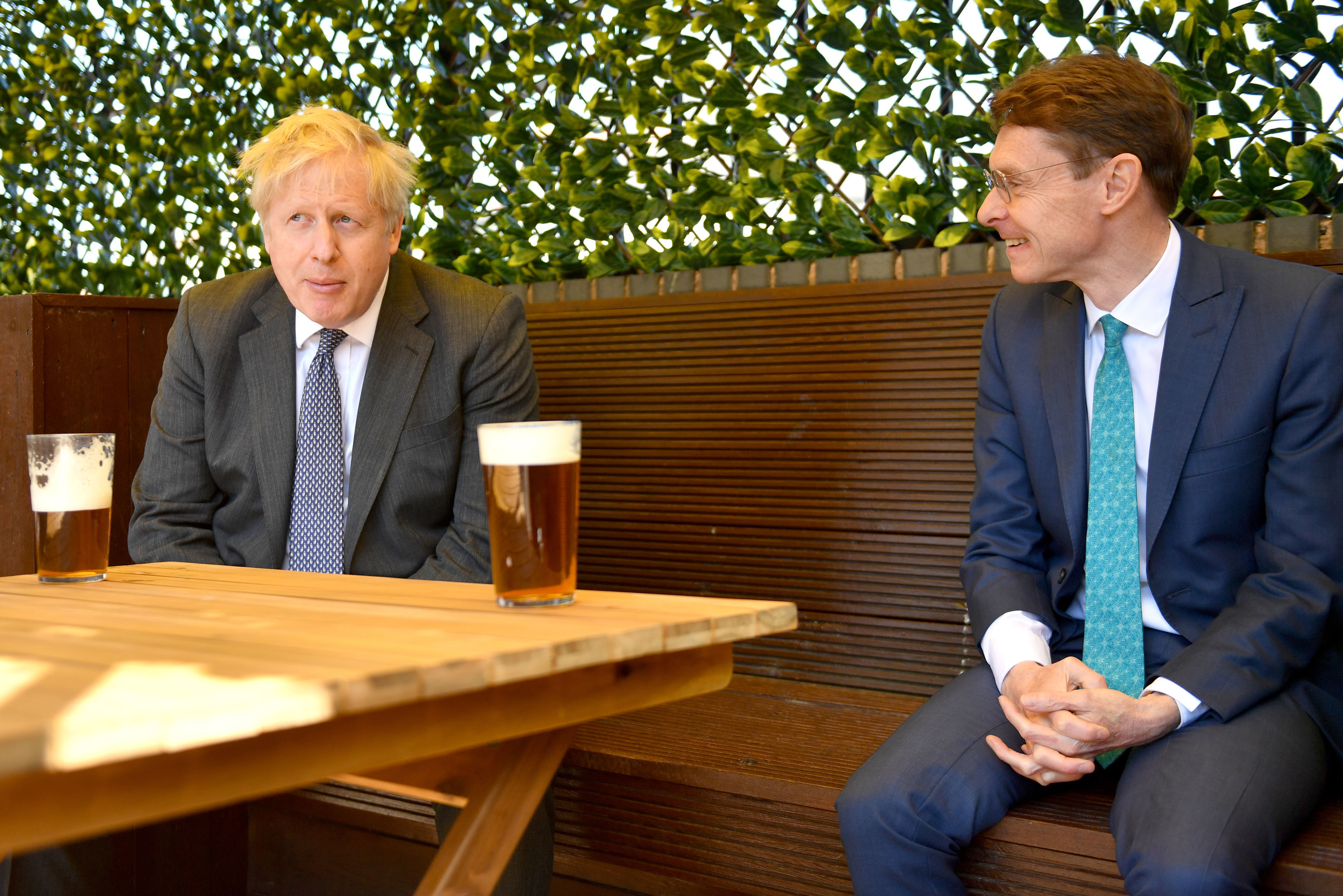 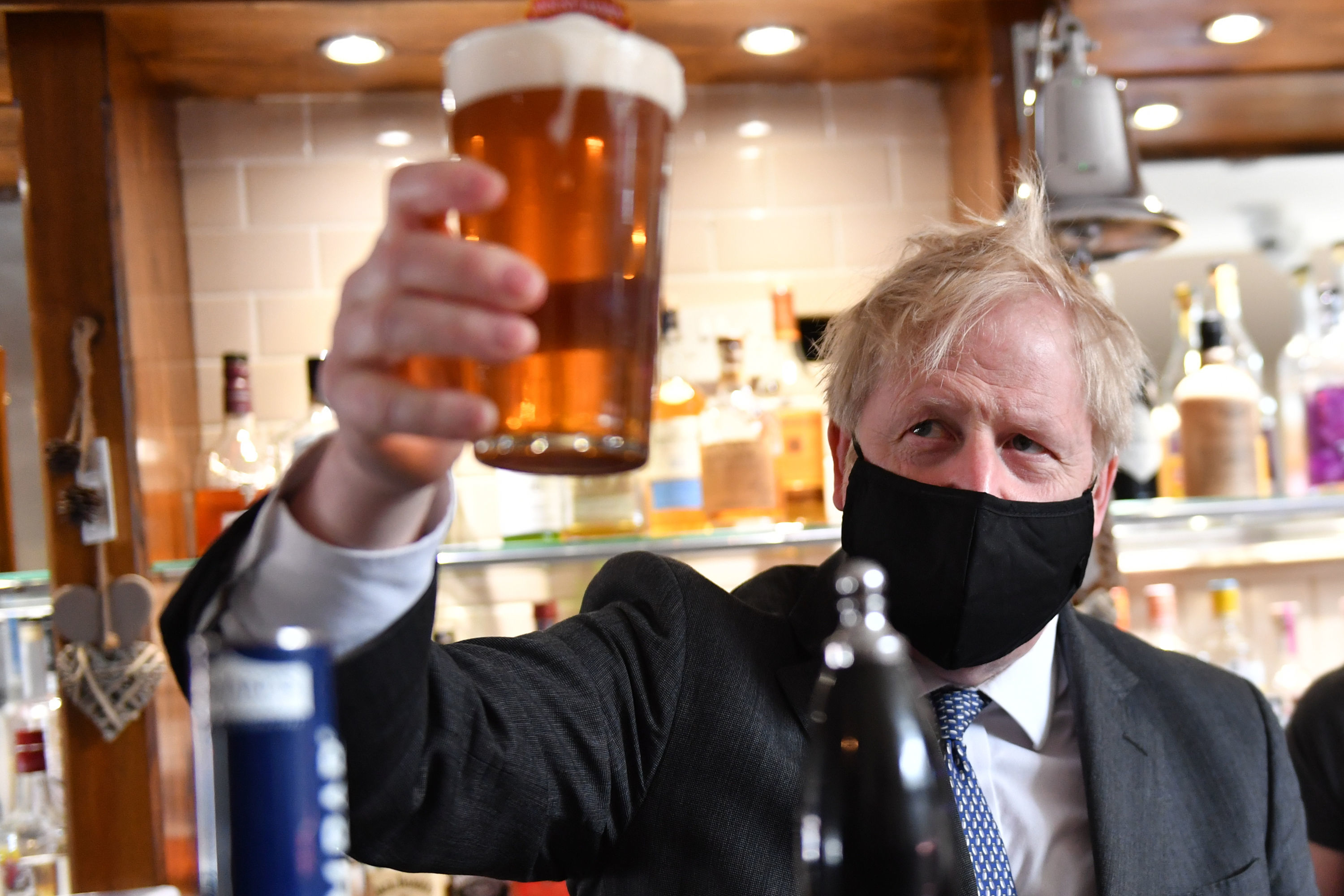 In video of the incident the pub landlord hands Sir Keir with a graph which he says shows that "the last time we had this much death was 2008".

He tells the Labour leader: "Do you understand we have f***** our economy because old people are dying?

"Thousands of people have died because you have failed to do your job and ask the real questions.

"You have allowed our children to wear masks in schools when there's never been any evidence for it." 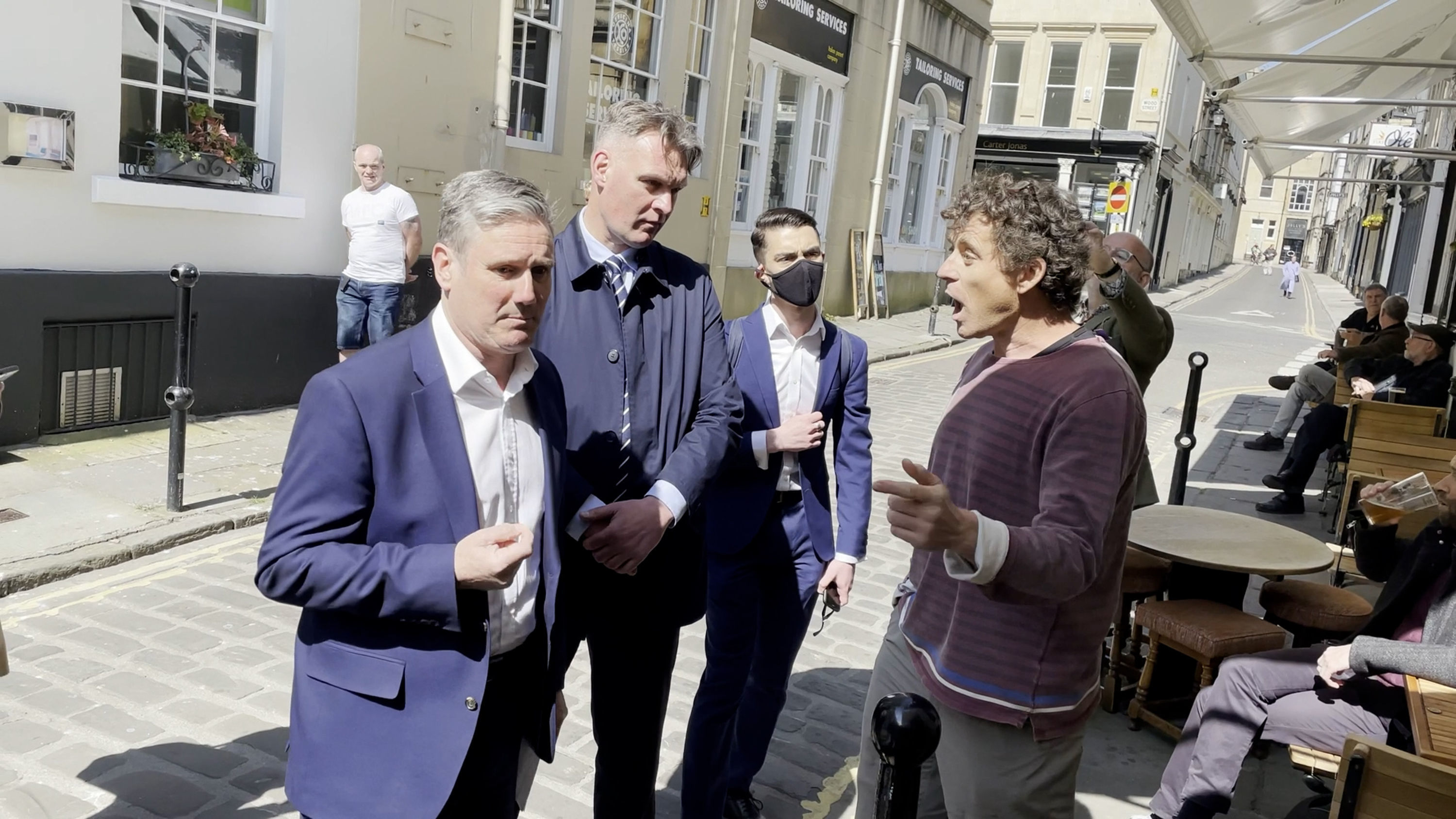 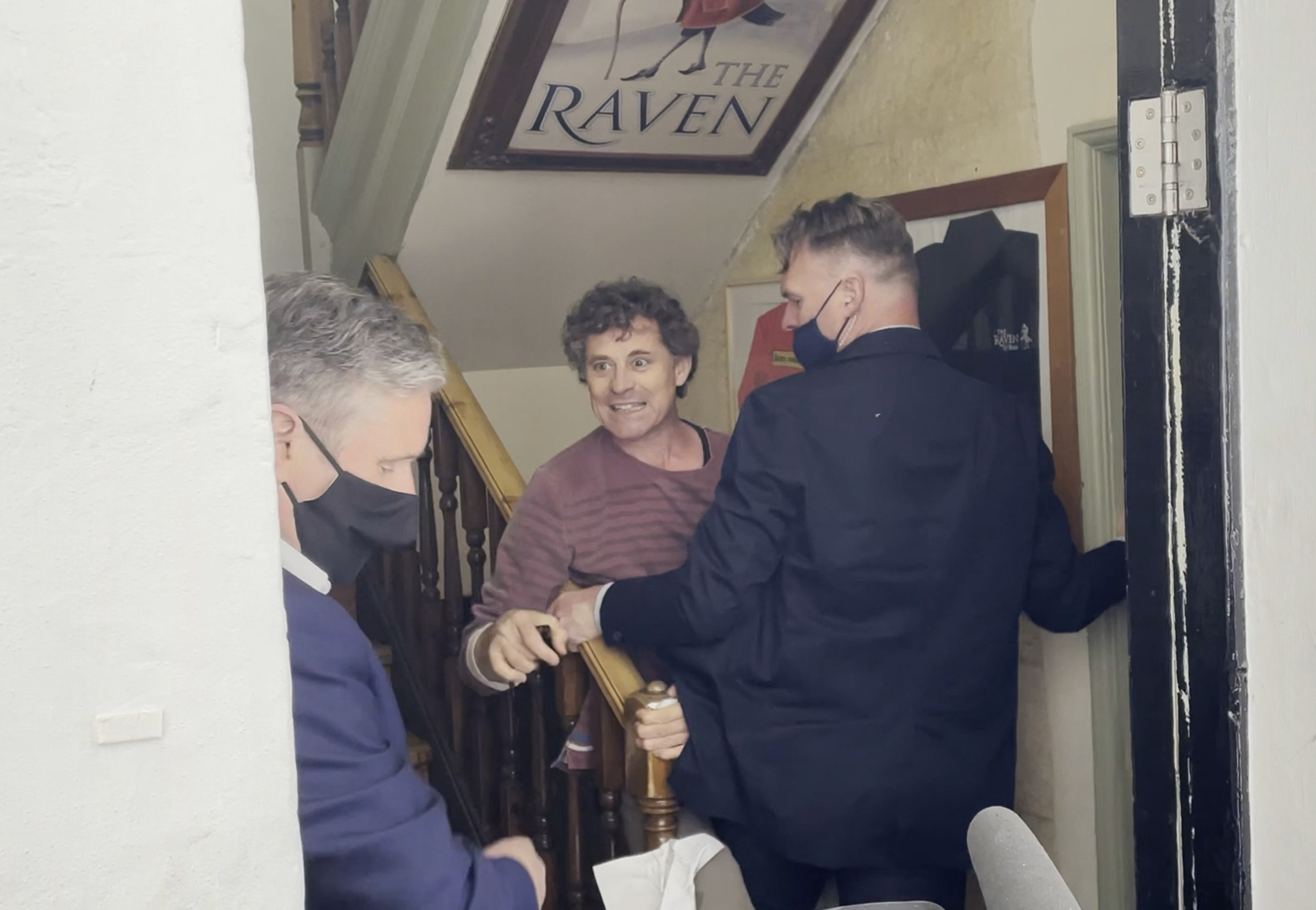