Washington: His fellow Democrats are red-hot with rage after the assault on the Capitol, but President-elect Joe Biden has maintained a studied cool, staying largely removed from the searing debate that culminated with President Donald Trump's impeachment and keeping his focus on battling a deadly pandemic, reviving a faltering economy and lowering the political temperature.

Hours after the vote in the House to impeach Trump for a second time, Biden denounced what he called a violent attack on the Capitol and the "public servants in that citadel of liberty". He said a bipartisan group of legislators had condemned the violence by following "the constitution and their conscience." 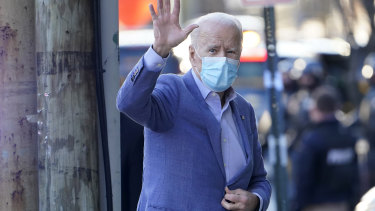 President-elect Joe Biden on Sunday. He has been concentrating on his agenda in the past few days.Credit:AP

But he also pledged to ensure that Americans "stand together as a nation" when he becomes president next week, exhibiting the deliberate approach to politics that became the trademark of his march to the White House.

"This nation also remains in the grip of a deadly virus and a reeling economy," he said in a statement. "I hope that the Senate leadership will find a way to deal with their constitutional responsibilities on impeachment while also working on the other urgent business of this nation."

Rather than step up to lead his party's effort to hold Trump accountable, Biden has deferred to Speaker Nancy Pelosi and other Democrats in the House and Senate. He has spent the past week honing policy proposals and introducing new appointees while delivering a carefully calibrated, above-the-fray message. "What the Congress decides to do is for them to decide," he said about impeachment two days after the attacks.

Biden's emphasis on the governing challenge ahead is based on a belief that the nation is in a devastating crisis and that requires him to prioritise keeping Americans healthy in the middle of an increasingly devastating pandemic and restoring the prosperity that has evaporated in its wake. But it also underscores the contrast between his cautious, centrist approach to politics and the seething anger of many elected Democratic officials and voters over Trump's assaults on democratic norms and their desire to punish him for it. 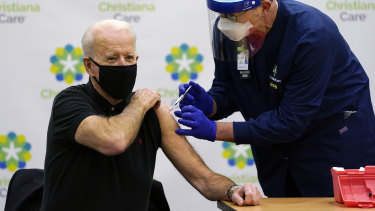 The President-elect has made it clear that he intends to work towards repairing the breach in America's political culture after Trump's four tumultuous years in office.

"Too many of our fellow Americans have suffered for too long over the past year to delay this urgent work," he said in the statement. "I have often said that there is nothing we can't do, if we do it together. And it has never been more critical for us to stand together as a nation than right now."

But he will be pursuing a Democratic agenda in a sharply divided Congress at the same time, forcing him into a balancing act that is sure to be especially precarious in his administration's opening weeks as the Senate again litigates Trump's behaviour and weighs convicting him.

"I think he looks calm," said Stuart Stevens, a Republican strategist who helped run Mitt Romney's 2012 presidential campaign and has become an outspoken critic of Trump. "Part of this whole moment is a return to normalcy. Having a level-headed president who isn't rage tweeting and trying to win every news cycle — it's a hallmark of the Biden people. They've been very patient."

As a candidate, Biden embraced a strategy that purposely kept him above the fray, refusing to be dragged into the chaotic maelstrom of Trump's presidency at every turn.

But what worked to win him the Democratic nomination and the White House may wear thin when he is sworn in next week at the Capitol amid extraordinary security, the potential for further political unrest and pent-up demand from his own party for legislative victories.

Once in office, Biden is likely to find it all but impossible to keep issues like impeachment at arm's length, especially with the spectacle of a Senate trial dominating news coverage and slowing his push to win confirmation for his nominees. Robert Gibbs, who served as Barack Obama's first press secretary, recalled how the White House struggled to maintain their campaign's messaging discipline in the first days of the administration in 2009.

"One minute you can decide what you want to comment on," Gibbs said. "The next minute, you not only don't get to decide, but you're responsible for it all."

The risk for Biden is that a determined effort to keep his focus on a return to normalcy comes to be seen as detached from a moment that does not feel at all normal.

On the House floor on Thursday (AEDT), Pelosi called Trump "a clear and present danger to the country" and a handful of Republicans warned of "a grave danger" from the sitting President and insisted "we cannot wait a moment longer" to remove him from office.

By contrast, in the week since Trump's supporters stormed the Capitol, Biden has introduced members of his cabinet, urged an increase in the minimum wage, pledged to support small businesses and vowed action on the pandemic. Yet while he made clear his disdain and repeated his belief that the current President is not fit to hold office — and ripped Republicans like Senator Ted Cruz of Texas for their roles in promoting baseless claims of widespread election fraud — Biden sidestepped questions about whether Trump should be impeached and convicted.

Even as lawmakers weighed whether to make Trump the first president to be impeached twice, Biden's transition team sent out summaries of meetings involving some of his cabinet nominees, including a "listening session" about environmental justice issues and a "virtual roundtable discussion" about education for those with disabilities.

People close to the President-elect say he was horrified by the scene at the Capitol. But he is trapped between competing priorities: holding Trump accountable for inciting violence against the occupants of a building in which he worked for decades, and quickly moving his agenda through a Congress that is already deeply divided.

As a creature of the Senate for more than 30 years, many of them during an era of relative bipartisan comity on Capitol Hill, Biden was a deal-maker who prided himself on working with Republicans, honoured Senate traditions, and was less inclined than many of his colleagues to surf partisan passions. As a young senator in 1974, Biden was even wary of the impeachment of president Richard Nixon.

"I don't know what's in his head, but I suspect that because of where his body has been over the last several decades, he would have mixed feelings" about the impeachment now underway, said Representative James Clyburn, the House Democratic whip and a close adviser to Biden. "He is an institutionalist."

Clyburn said Biden did not want to be distracted from the challenges that would confront the country as soon as he succeeded Trump in the Oval Office.

"He would love to get on with getting the country back on track, and with that I agree," said Clyburn, who voted to impeach Trump. He said that Biden understood how "egregious" Trump's behaviour was and was "seeking a level of comfort" that balanced punishing the President with turning the page on the Trump era.

Obama, too, faced hard decisions as he assumed office in 2009 about how much time and energy to devote to litigating the recent past, and holding officials from the George W. Bush administration accountable, especially in light of the Global Financial Crisis.

In April of that year, Obama approved the public release of Bush White House memos authorising the use of torture against terrorist suspects. But in a long and Solomonic statement, Obama called for "reflection, not retribution" on a subject that had some Democrats calling for war crimes prosecutions.

But the likelihood of Washington being consumed by a Senate trial in the opening days of Biden's administration will make especially acute the tension between holding his predecessor accountable and a focus on the nation's other pressing challenges.

"To the degree that the Senate is consumed by the first," said David Axelrod, Obama's chief political adviser in 2009, "he may fear that it'll be harder to move on his own appointments and agenda."

Understand the election result and its aftermath with expert analysis from US correspondent Matthew Knott. Sign up to The Sydney Morning Herald‘s newsletter here, The Age‘s here, Brisbane Times‘ here and WAtoday‘s here. 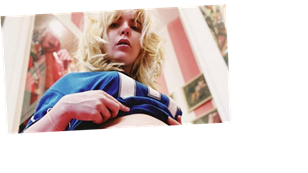