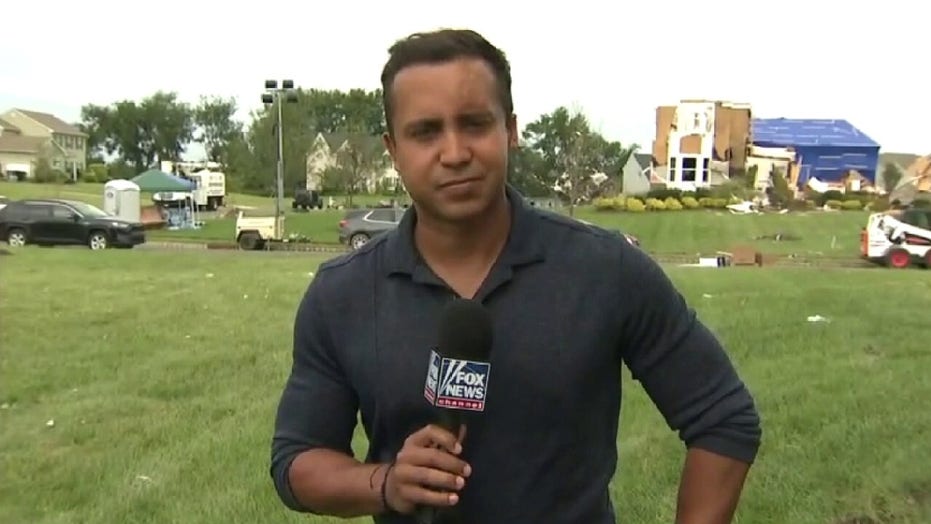 Hurricane Ida yields $95B in damages amid recovery efforts

A New Jersey farmer is being heralded as a hero after he used his tractor to rescue a friend who was visiting the state while the remnants of Hurricane Ida ripped through the Northeast.

“It’s going to be up to the Lord to get this water down, because there’s nothing anyone could do to get me out of here,” ​​Richard Peek said during a live stream on his YouTube page posted last week.

Peek, who is from Maine, was on the way to meet his online friend, Wesley Pandy, for the first time and give him a custom-made banjo when the flood waters started surrounding his car.

He soon called Pandy for assistance, who showed up with his John Deere tractor, WABC reported.

“He says if I have to, I’ll bring a big tractor and pull up next to you,” Peek recounted.

Peek said he remained calm in order to not upset his wife, but the water continued to surround his car.

“If this gets much deeper I’m going to have to get out and get on top of the truck,” Peek said. “I feel water on my seat. That’s not a good sign.”

Pandy’s rescue was caught on camera, and Peek noted: “It’s good to have friends in high places, let me tell ya.”

Despite the heroic act, Pandy said he doesn’t “feel like a hero.”

“To be all honest with you, if I got a phone call from someone I never even knew or met, and they just punched in my number randomly. It wouldn’t have mattered. I would have done the same thing,” Pandy said, according to WABC.

The truck was totaled by the water damage, but the banjo was untouched and Peek made it safely home.

“He wants to pay me for saving his life,” Pandy said. “I was like Richard you don’t have to give me anything. You made me a banjo. That’s priceless.”

The rescue comes as the death count from Hurricane Ida in New Jersey sits at 27, the most in any state affected by the storm.