New York: An Australian man has pleaded guilty to involvement in what US prosecutors called a scheme to bilk hundreds of thousands of mobile phone users out of more than $US50 million ($65 million) for unwanted text messaging services.

Michael Pearse, 52, pleaded guilty to a charge of conspiracy to commit wire fraud at a hearing before US District Judge Analisa Torres in Manhattan on Tuesday, local time. 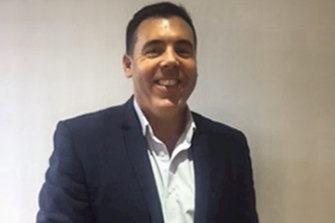 Michael Pearse, from Sydney, pleaded guilty to a charge of conspiracy to commit wire fraud.Credit:LinkedIn

According to a plea agreement, federal guidelines recommend that the Sydney man serve 97 to 121 months in prison, athough Torres can impose a different sentence. Pearse also agreed to forfeit about $US10.16 million.

The defendant was extradited from Australia in January, and will remain in custody until his scheduled October 7 sentencing.

Pearse had been chief executive of Bullroarer, a company affiliated with Tatto Inc, which prosecutors said bought large numbers of mobile phone numbers to target with messages.

Prosecutors said Pearse and his co-conspirators used a practice called “auto-subscribing” to bilk unwitting customers from 2011 to 2013 for unsolicited messages about celebrity gossip, horoscopes, jokes, love tips and trivia.

Victims were charged $US9.99 a month even if they ignored or deleted the messages, and according to court papers often knew nothing was amiss until garbled entries such as “25184USBFIQMIG” and “888906150 BrnStorm23981” showed up on their phone bills.

“I knew then, and I know now, that this is considered illegal,” Pearse said at the hearing. “I seriously regret my actions, and am sorry for the many people who were defrauded by this auto-subscription scheme.”

A lawyer for Pearse did not immediately respond to a request for comment.