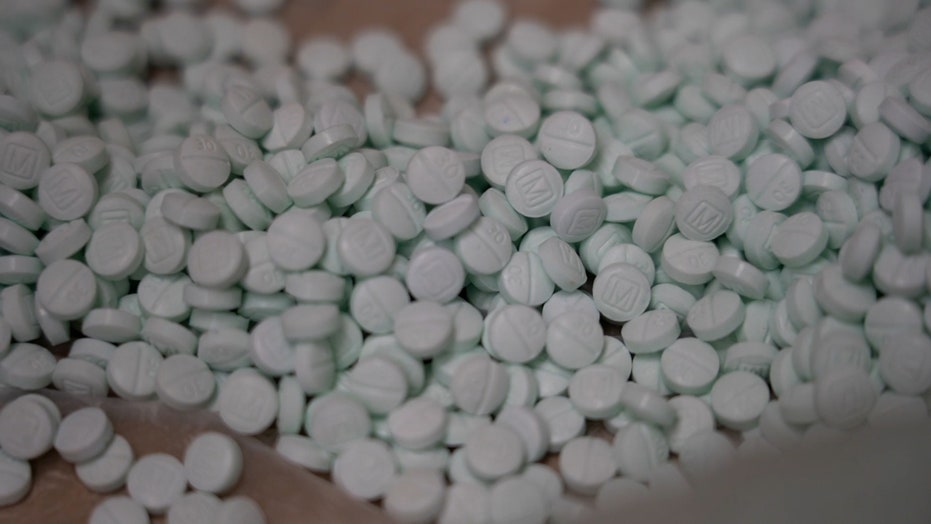 FLORENCE, Ariz. – More than 93,000 people died of a drug overdose in the United States last year, with fentanyl being a major contributor, according to the Centers for Disease Control and Prevention. This week, the Drug Enforcement Administration issued a public safety alert, the first in six years, because of the increase in counterfeit pills.

Arizona is being hit particularly hard as about 6 million pills were seized in the state just last year alone. Officials said the state has already surpassed that number so far this year. 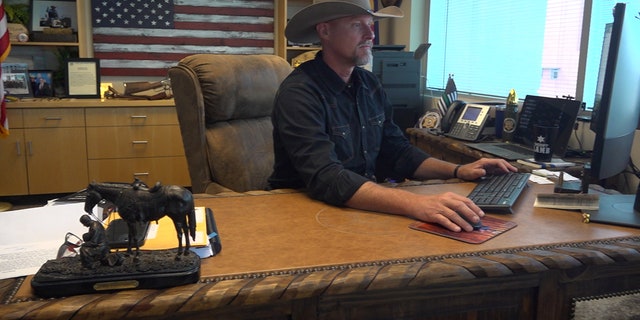 “Honestly, we’re seeing a disaster,” said Lamb. “Eighty-five percent of the people that are in my jail right now are there because of alcohol or drugs. So yeah, it’s a big impact in our communities.”

Lamb said his team is struggling to keep up with the recent influx of illegal M-30 fentanyl pills coming over the U.S.-Mexico border.

“As long as we don’t secure our border what we continue to see is human trafficking and drug trafficking in this country, I always tell people this isn’t a political issue, this is an issue that is about protecting America and American communities,” said Lamb. “What we’re seeing is an exorbitant amount of humans being trafficked into this country and drugs”. 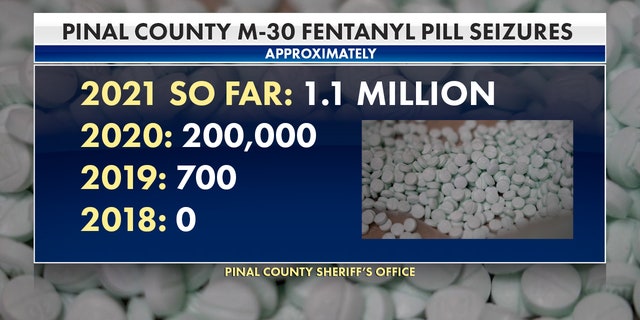 “We expect those numbers to go even higher before the end of the year. That is staggering and should be alarming to the American people, because we are likely not catching even 10% of what is coming in this country,” said  Lamb.

“It was just a normal night,” she said. “I went upstairs and knocked on her door and there was no response and I just knew, I knew something was terribly wrong.” 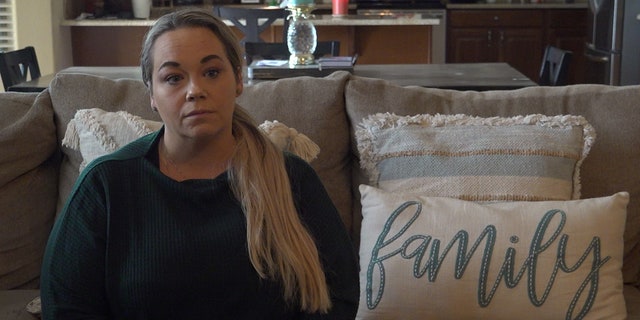 “We’d actually just talked about prescription medication the night before this happened. I don’t think I’ll ever forget that conversation. She just wasn’t that kind of child, she did not go to parties, she was an honor roll student, she was just like any other child,” said Terrigino.

Terrigino said that while her daughter’s case is still under investigation, they know the pill that killed her was bought over the social media app Snapchat and delivered straight to their door. They’re still trying to catch the account user. She said the pill was believed to be Percocet but was instead laced with a lethal dose of fentanyl.

“It only takes one time, it only takes one pill,” she said. “It’s very cheap, it’s accessible, people will deliver it to them. It’s the perfect recipe for disaster, and that’s exactly what happens”.

Looking across the entire southwest border, fentanyl seizures have more than doubled just this year. 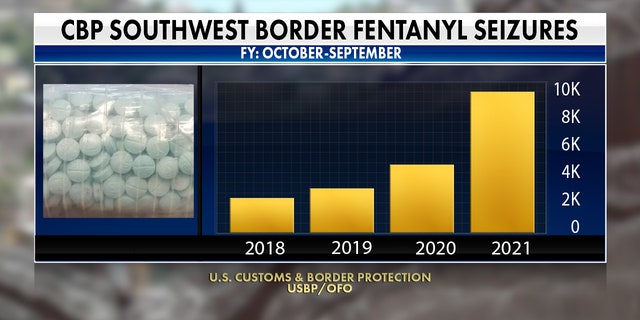 Across the entire southwest border, fentanyl seizures have more than doubled in 2021 compared to 2020.

Terrigino is hoping more parents will talk with their children about the dangers of using pills. She’ll be hosting an annual event to spread the word along with honoring those lives lost, offering Narcan training and fentanyl test strip demonstrations.

The Pinal County Sheriff’s Office continues to work around the clock to combat the issue. They ask the public to always come forward with any information they hear or see.

He continued, “We are consistently working every day. We have our canines who do interdiction on the highways because our county has the I-8 and the I-10 corridors here, two main arteries for the cartel bringing drugs into this country and humans”.