Teen, 17, is jailed for 20 years for killing his seven-year-old cousin by burying him in the snow for failing to recite Bible verses

A Wisconsin teenager has been sentenced to 20 years in prison for the death of a seven-year-old relative who was beaten, forced to carry a 44-pound log and buried in the snow after failing to recite Bible verses before he died.

Damian Hauschultz, 17, of Mishicot, pleaded guilty in June to first-degree reckless homicide in the 2018 death of Ethan Hauschultz.

During the homicide hearing, the court heard that Damian’s father, Timothy Hauschultz, had ordered Damian, then 14, to punish Ethan for not knowing 13 Bible verses.

The father faces trial in December and has eight charges, including felony murder and felony contributing to the delinquency of a child.

His wife, Tina McKeever-Hauschultz, is already serving five years for failing to prevent bodily harm and intentionally contributing to the delinquency of a child.

On Thursday, Manitowoc County Circuit Court Judge Jerilyn Dietz sentenced Damian to 20 years behind bars. After serving his prison time, he will be on extended supervision for another 10 years, WLUK-TV reported. 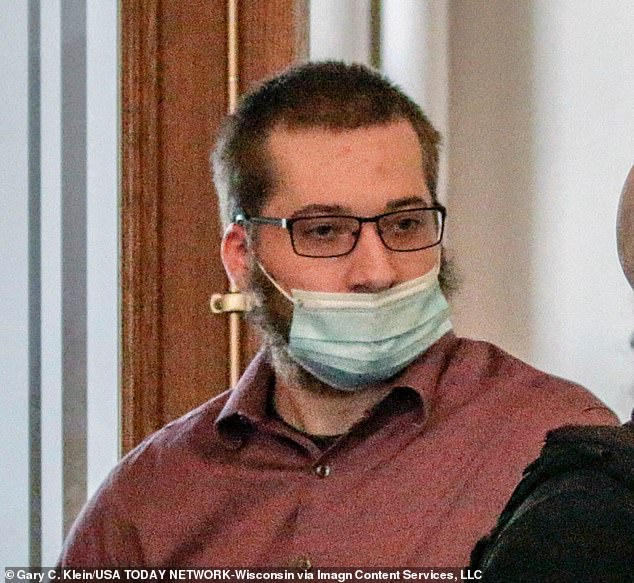 Damian Hauschultz, 17, of Mishicot, Wisconsin, was sentenced to 20 year in prison with an extended supervision for another 10 years 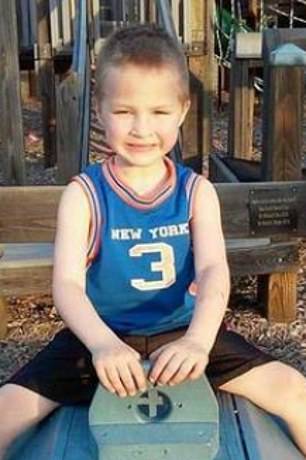 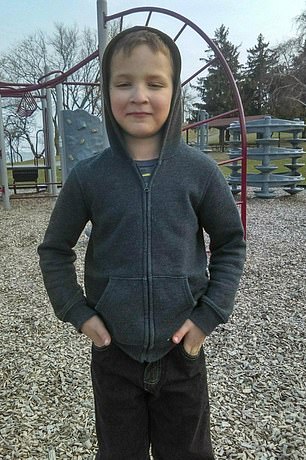 Ethan Hauschultz, seven, was under guardianship of Damian’s parents and forced to carry a heavy log around for two hours a day and recite Bible verses

In addition to his jail term, Damian was also ordered to write a letter to Ethan’s other Andrea Everett after he’d been in prison for five years, telling her what he’d learned

‘My goal is to ensure that you are incarcerated for just long enough to mature, and develop, to work on education, to work on treatment, work on controlling that angry side,’ Dietz said.

‘I strongly believe that well into your 30s is necessary for you to have the development, the maturity and the time needed to ensure that you no longer pose as a danger to the community.

‘But I also recognize that you should be released while you are still a fairly young man with a great deal of opportunities ahead of you to do I hope exactly what Ms. Everett hopes that you will do and make something good from your life out of this very tragic situation.’

Children 10 and older are tried as adults in homicide cases in Wisconsin.

Damian did not address the court on Thursday.

Damian’s parents were the court-appointed guardians for Ethan, who was Timothy Hauschultz’s great-nephew. 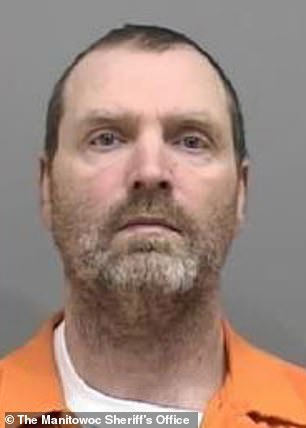 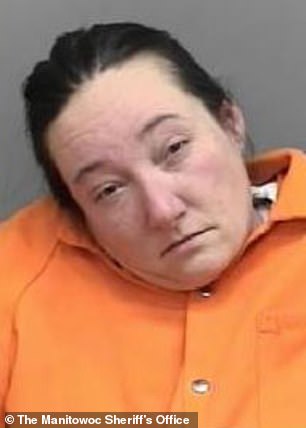 Timothy Hauschultz (left)  is scheduled to go to trial in December and is facing eight charges. Tina McKeever-Hauschultz (right) has been sentenced to five years for failing to prevent bodily harm to a child

According to the criminal complaint, Ethan’s punishment was to carry the log around a path for two hours a day for one week and Damian supervised. It said Ethan ‘struggled to carry his log’ and Damian did ‘hit, kick, strike and poke Ethan approximately 100 times.’

The complaint goes on to say Damian also stood on Ethan’s ‘body and head’ while he was ‘face-down in a puddle.’ The complaint also alleges Damian buried Ethan in about ’80 pounds of packed snow’ where he was left for about 20 to 30 minutes without a coat or boots. Ethan died of hypothermia, but also had extensive other injuries,

When Ethan’s mother Andrea Everett arrived, she found her son didn’t have a heartbeat and his body temperature was only 23 degrees Fahrenheit.

Ethan’s mother told the court that Damian was out of excuses.

As the result of this case, Wisconsin passed ‘Ethan’s law,’ which makes it illegal for a child to be placed in a home with an adult that has been found guilty of abusing a child, pleaded no contest to child abuse, or entered a plea bargain to a lesser charge.