Home » ‘Why keep the titles?’ Piers Morgan rants at Meghan and Harry on US TV

Piers Morgan resigned from his presenter position on ITV’s Good Morning Britain last month following backlash regarding comments he made about the Duchess of Sussex after the interview with Oprah Winfrey aired. In a recent interview on Extra TV, Piers told host Billy Bush what he would say to Meghan now if he were to talk to her.

“If you spoke with Meghan Markle today, what would be the tone of the conversation and what would you say?” host Billy Bush asked.

Piers replied: “I would say to Meghan Markle ‘Look, sit down with me and your husband for an equally long interview to the one you gave Oprah Winfrey and let me ask you more difficult questions about all your claims.

“’Let me ask you a wider question which is this, if you hate the Royal Family that much, why do you keep your royal titles, why do you keep calling yourselves the Duke and Duchess of Sussex?

“’Why? Why would you do that if it’s not to make millions and millions of dollars and playing the victim as you do it?’”

“It is frankly nauseating.” 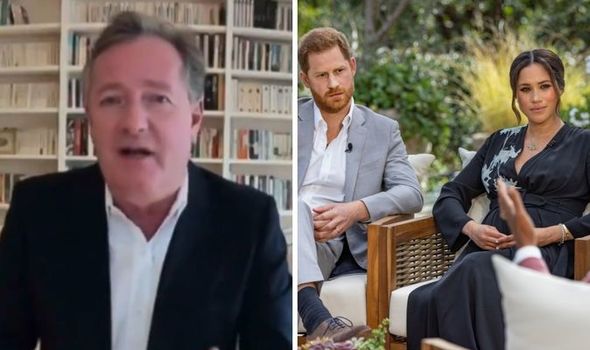 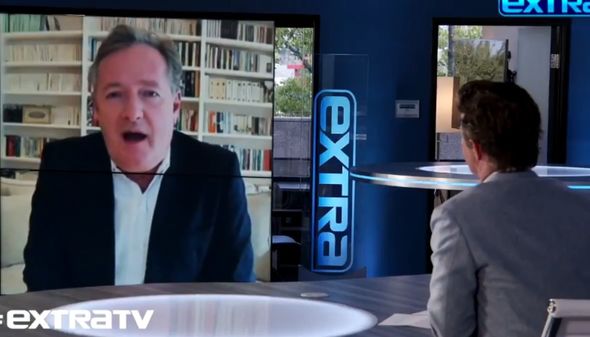 Presenter Billy went on to ask Piers about the claims that Meghan made a phone call to ITV bosses about Piers’ comments.

Piers continued: “I didn’t even know that Meghan Markle made a phone call to my boss at ITV.

“I didn’t find that out until I left, it was certainly an interesting revelation because clearly, she was trying to put huge pressure on my bosses to take action against me.” 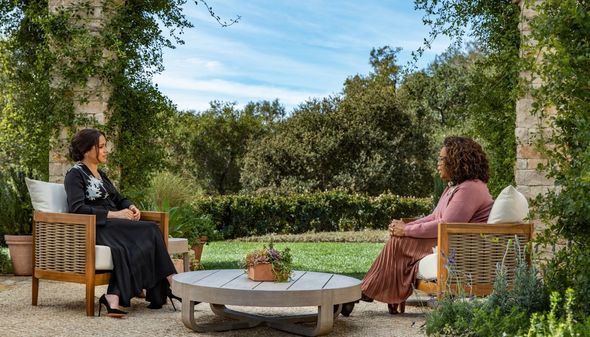 “Look what happened to Sharon on The Talk for defending me and my right to have an opinion,” he added.

“Even though she made it clear that she didn’t agree with everything I was saying.

“She was then targeted by Cheryl Underwood on The Talk and she was accused of supporting someone who had said racist things.

“It’s not racist to disbelieve Meghan Markle, I don’t give a damn about her skin colour. I do care about the veracity of what she was saying and I think that Cheryl Underwood should be the one leaving The Talk, for falsely accusing me of racism.”

Addressing the 57,000 Ofcom complaints that were made about himself following his comments about Meghan on GMB, Piers said: “It was driven by an online mob that came for me all day.

“Came for my family who were abusing my sons all day long, death threats to them.”

Following the Ofcom complaints, Piers has since accused his former GMB colleague Alex Beresford of launching a “premeditated attack” on him live on air.

In his interview with Fox Nation’s Tucker Carlson, he referred to Alex as “the stand-in weather guy who does the weather occasionally”.

“He’s not a journalist, but he’s somebody I’ve helped with his career a number of times when he’s asked me to,” he explained.

Elsewhere in the interview, Piers told Billy that there have been attempts to cancel him but he says he “remains resolutely uncancelled”.

He added: “In the end, I was required to apologise for disbelieving Meghan Markle, who I don’t believe.

“I believe which is ironic that you should be entitled not to believe somebody if you don’t want to.”