Viewers of the show will be shocked to learn the show is based on a true story of two brothers jailed for 30 years. 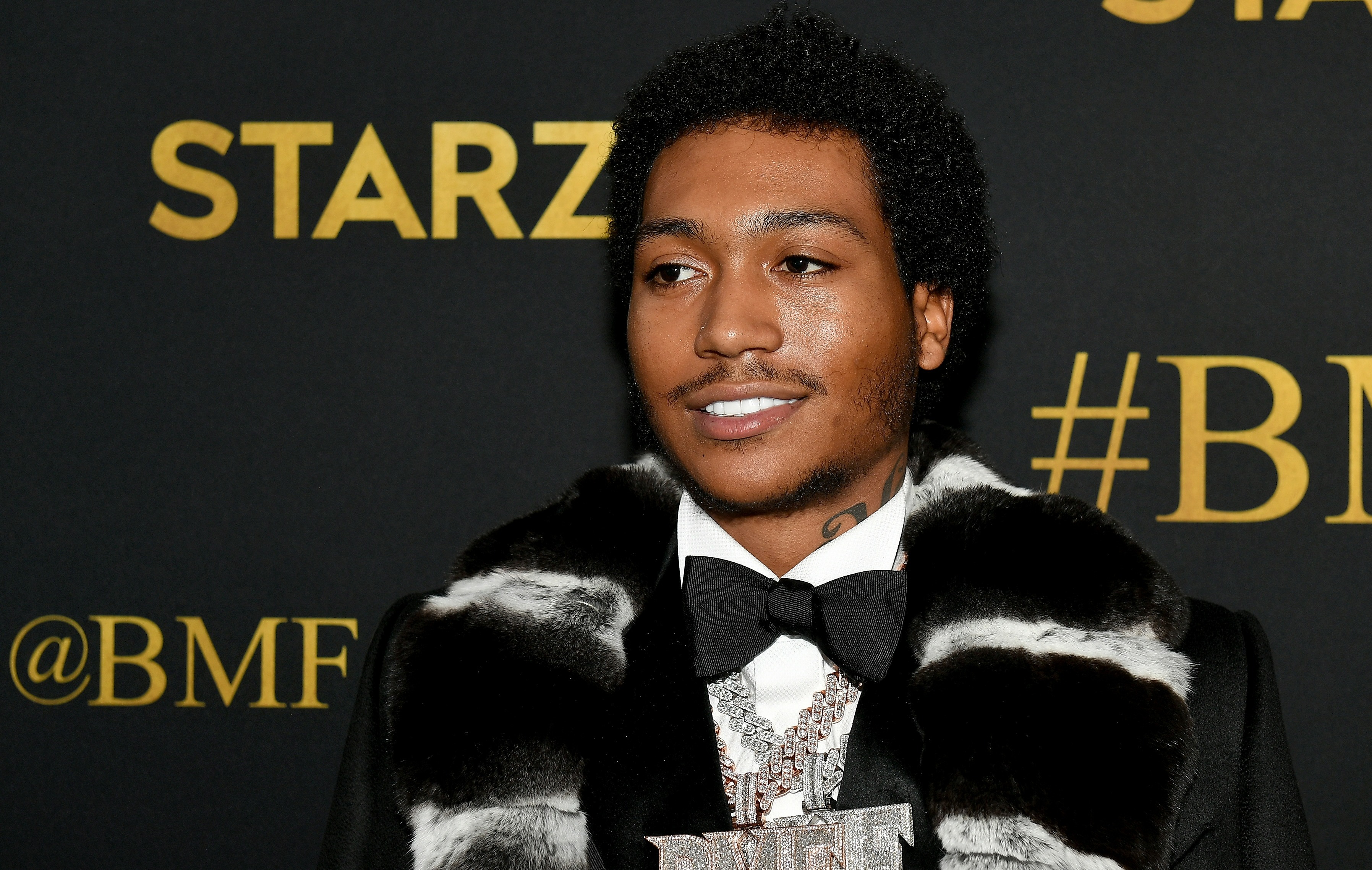 Flenory Jr, also known as Lil Meech, is an actor and producer.

His father and his uncle, Terry Flenory, began their illicit activities in high school by dealing cocaine in the 1980s.

While his father is being held in the Federal Correctional Institution, Sheridan, his 21-year-old son is starring in Starz drama Black Family Mafia – playing his own father.

Big Meech and his brother Terry were well known for their illegal dealings and extreme violence in Detroit.

The ill-famed pair were active right up until they were busted by the authorities in 2005.

A number of wiretapping operations and witness statements led to a seizure of almost one kilogram of cocaine alongside a staggering 600 grams of marijuana.

After distributing drugs to three major cities with a whopping amount of cocaine, the BMF managed to establish a quarter billion dollar drugs and money laundering empire.

The two invested in a number of local rappers – including Young Jeezy who is now married to The Real talk show host Jeanie Mai Jenkins.

Where is Demetrius Flenory Jr now?

Luckily for him, the new drug king pin’s son was selected to play the role of his father in 50 Cent’s new project with Starz – Black Mafia Family.

He also produced two episodes of the crime drama.

The new show follows the eventful and shocking life of Flenory Sr and aired its first episode on Prime Starz and Hulu in September 2021.

One fan said: “Love that @LilMeechBMF is portraying his father. #BMF.”

Eminem is one of the many famous faces starring alongside Lil Meech in BMF, so it’s fair to say the show as a whole is probably going to be iconic.

After the incredible success of Starz’s well-written Power sequel, it is fair to say Demetrius Flenory Jr is on a journey to fame that will have a positive impact on the Flenory name.

I guess the apple sometimes does fall a little further away from the tree than you’d think.