Fans watched as he launched BLK water with his brother Chris Manzo and later a pizza restaurant in Hoboken, N.J., according to Page Six. Albie became known for his entrepreneurial spirit, but Caroline never shied from sharing what she really thought about her Albie’s girlfriends, especially New York Jets cheerleader Lindsey Andrews, according to a July 2012 Us Weekly report.

“She’s a very sweet girl, but Albie’s not built like that,” Caroline said at the time. “He needs a person who will understand that he is very committed to work. Girls want to be the priority. I worry because at this point in Albie’s life, he’s not capable of having a relationship. His priority should be work and [BLK].”

Albie has since moved on and it looks like he found his forever love with girlfriend Chelsea DeMonaco. Keep reading for more details.

Chelsea DeMonaco is an artist 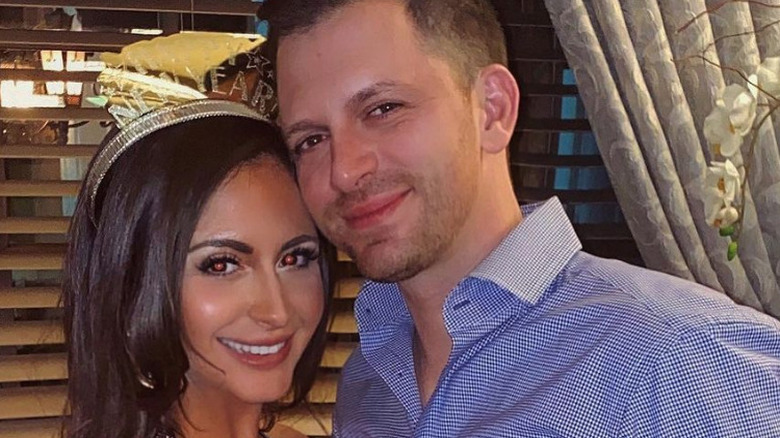 Albie Manzo and Chelsea DeMonaco have apparently been linked since December 2019 when they saw the Christmas tree at Rockefeller Center in New York City, per his Instagram.

However, he didn’t make an official announcement until he wished her a happy birthday in January 2020 and wrote, “How wonderful life is while you’re in the world. Wishing a very Happy Birthday to the girl who showed up & made it all make sense. Love you, A!” Although Chelsea’s Instagram is private, she’s an artist and owner of Elysian Embers Collection, a home decor brand focused on custom wood-burned charcuterie boards.

She got an early stamp of approval from Albie’s mom Caroline Manzo at 2019’s BravoCon, where she told Bravo that “he might be getting engaged soon.” While we have yet to see a ring on Chelsea’s finger, Caroline seems smitten with the pair. In October 2020, she wrote, “Nothing better than seeing your children with a genuine smile on their face.” Albie’s brother Chris Manzo seems to be a fan of Chelsea and captioned a family photo in May with, “Last people you can depend on for a normal picture, first you’d call for anything else.” It seems like she will be an official member of the Manzo family before we know it!