Home » TV and Movies » What Really Caused Vin Diesel’s Feud With The Rock?

Vin Diesel is opening up on his side of his feud with Dwayne “The Rock” Johnson in June’s issue of Men’s Health, days ahead of the domestic release of “F9: The Fast Saga.” While Newsweek reported that fans shouldn’t rule out a surprise Johnson cameo, he isn’t officially listed as a cast member or featured in promotional materials. After co-star Tyrese Gibson accused Johnson in 2017 of “making the fast and the furious franchise about YOU” with his spinoff “Hobbs & Shaw,” Diesel was lampooned by the usually positive Johnson in an August 2016 Instagram post.

In the since-deleted rant (via Us Weekly), while filming of 2017’s “The Fate of the Furious,” Johnson let loose on some male co-stars. “Some conduct themselves as stand up men and true professionals, while others don’t. The ones that don’t are too chicken s**t to do anything about it anyway. Candy *sses.” Johnson even forewarned fans that his off-screen anger could possibly translate on-screen. “When you watch this movie… and it seems like I’m not acting in some of these scenes and my blood is legit boiling — you’re right,” the WWE champ captioned.

Diesel subtly hinted he knew himself to be the target of Johnson’s vitriol later that month, telling his Instagram followers, “So much has gone on this year… Now I get to return to my family, my life … To me. … So give me a second, and I will tell you everything. Everything.” So what really happened between these two? 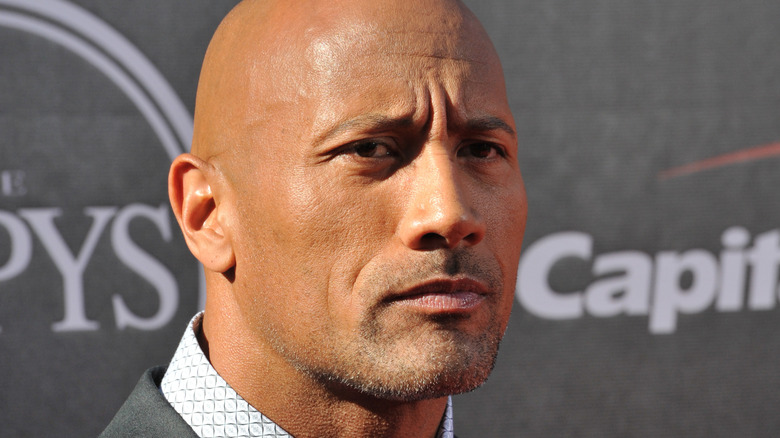 According to Vin Diesel, problems arose between him and Dwayne “The Rock” Johnson as early as the filming of 2011’s “Fast Five,” when Johnson’s character Lucas Hobbs was introduced into the franchise. In a June Men’s Health interview, Diesel explained he just wanted to help Johnson craft his performance as a producer. “It was a tough character to embody,” Diesel told the magazine. “My approach at the time was a lot of tough love to assist in getting that performance where it needed to be. That took a lot of work.”

In 2018, two years after the feud became public knowledge, Johnson seemed to corroborate to Rolling Stone that Diesel’s “tough love” was the reason for the rift. “Vin and I had a few discussions, including an important face-to-face in my trailer,” the “Jumanji: Welcome to the Jungle” star said, adding, “We have a fundamental difference in philosophies on how we approach moviemaking and collaborating. It took me some time, but I’m grateful for that clarity. Whether we work together again or not.”

“Or not” seems more likely … at least for the time being. Johnson added, “I wish him all the best and I harbor no ill will there, just because of the clarity we have. Actually, you can erase that last part about ‘no ill will.'” Touchy-touchy! Well, “boys will be boys,” as their co-star Michelle Rodriguez said to Us Weekly of the situation in 2019.