Home » TV and Movies » Wandavision star Elizabeth Olsen details on set fall out after grim mishap: ‘It was snot’

The One Show: Elizabeth Olsen and Paul Bettany on ‘snotgate’

The Marvel Cinematic Universe is finally returning this week after being delayed well over a year by the ongoing coronavirus pandemic. Unfortunately, the atmosphere on the set of Disney Plus’s new series Wandavision wasn’t as amicable as comic book fans might expect.

Marvel stars Elizabeth Olsen and Paul Bettany confessed to having their worst argument in the franchise’s history on the set of their new series, Wandavision.

The MCU’s first live-action series for Disney Plus promises to be a mind-boggling entry for the blockbuster franchise, which hasn’t been seen on screens since 2019’s Spider-Man: Far From Home.

Kicking off the comic book universe after well over a year’s hiatus has come with overwhelming pressure, and Wandavision may have already been jinxed by Olsen and Bettany’s on-set clash.

The two co-leads recently appeared on The One Show to finally put the rumours about ‘snotgate’ to rest. 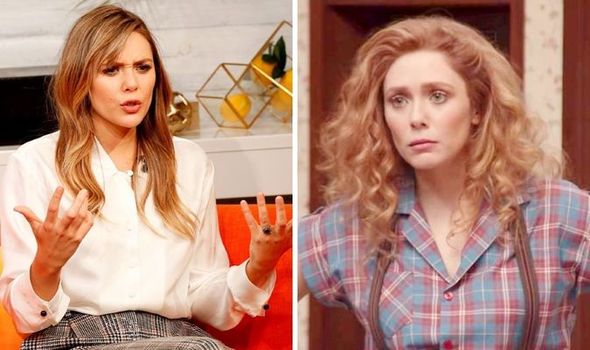 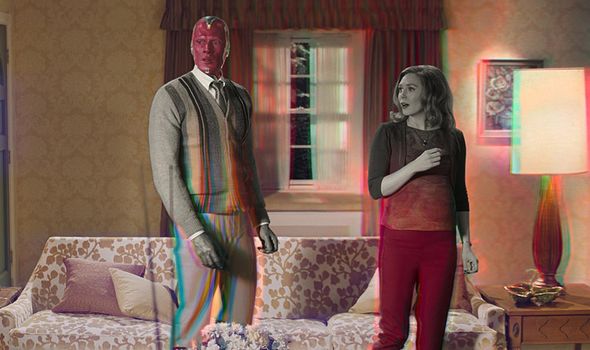 Olsen explained: “Paul’s dressed up… he has purple paint, three layers of purple paint on his face. He cannot feel his skin.

He was giving me a kiss in this scene, pre-COVID. And his snot fell onto my face, and I made a joke about it, and it was the first time in our relationship that Paul was genuinely mad at me.”

Since his introduction in Avengers: Age of Ultron, Paul Bettany has transformed into the android Vision in multiple films thanks to state-of-the-art makeup and prosthetics.

Unfortunately for the British star, the thick layers of purple cosmetics meant he was unable to tell he had a particularly runny nose during a romantic moment between ‘Vis’ and Wanda Maximoff. 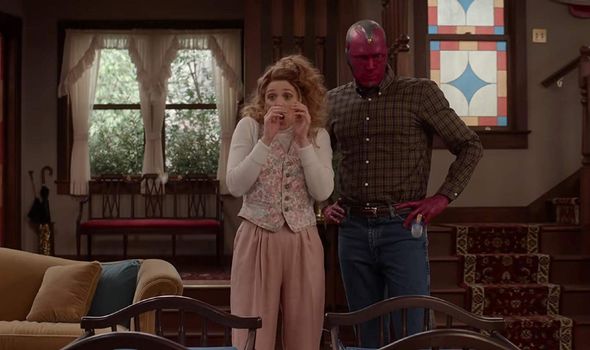 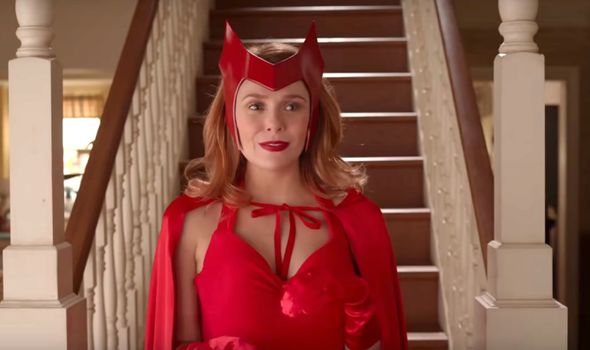 The incident earned the nickname ‘snotgate’, however, when Bettany disputed where the offending snot actually came from.

He previously told EW: “[Olsen will] tell you a crock of s*** about whose snot it was.

“I know the truth, and people shouldn’t be fooled by her story.”

Bettany doubled down on his argument after refusing to hear out Olsen’s side on the story on The One Show.

He retorted: “Elizabeth Olsen, or Elizabeth ‘Snotter’ Olsen as I think we can all agree to call her henceforth, is actually the real perpetrator of aforementioned snot. I just want to make that clear.”

Despite sharing the screen together since 2015, Olsen claimed this was the first time the co-stars came close to seriously falling out.

Although the superhero pair can laugh freely about it now, it appears to have caused some mild friction on set during the filming of Wandavision.

Olsen recently told Good Morning America: “He got so genuinely angry and defensive, and it was so shocking that after all this time, that’s what made him really, really mad at me and now he’s telling everyone this story.

“We got over it quickly, but it was definitely a weird moment when you work with someone for such a long time, and you actually get to see them mad at you.”

Thankfully, one of Marvel’s most popular couples have moved past the incident, and are hoped to reprise their roles together well into the future of the franchise.

Vision’s true fate is unclear after being killed by the Mad Titan Thanos (Josh Brolin), though Wanda will join the mystical hero Doctor Strange (Benedict Cumberbatch) in the upcoming sequel, The Multiverse of Madness.

Wandavision will premiere with 2 episodes on Friday, January 15 on Disney Plus.