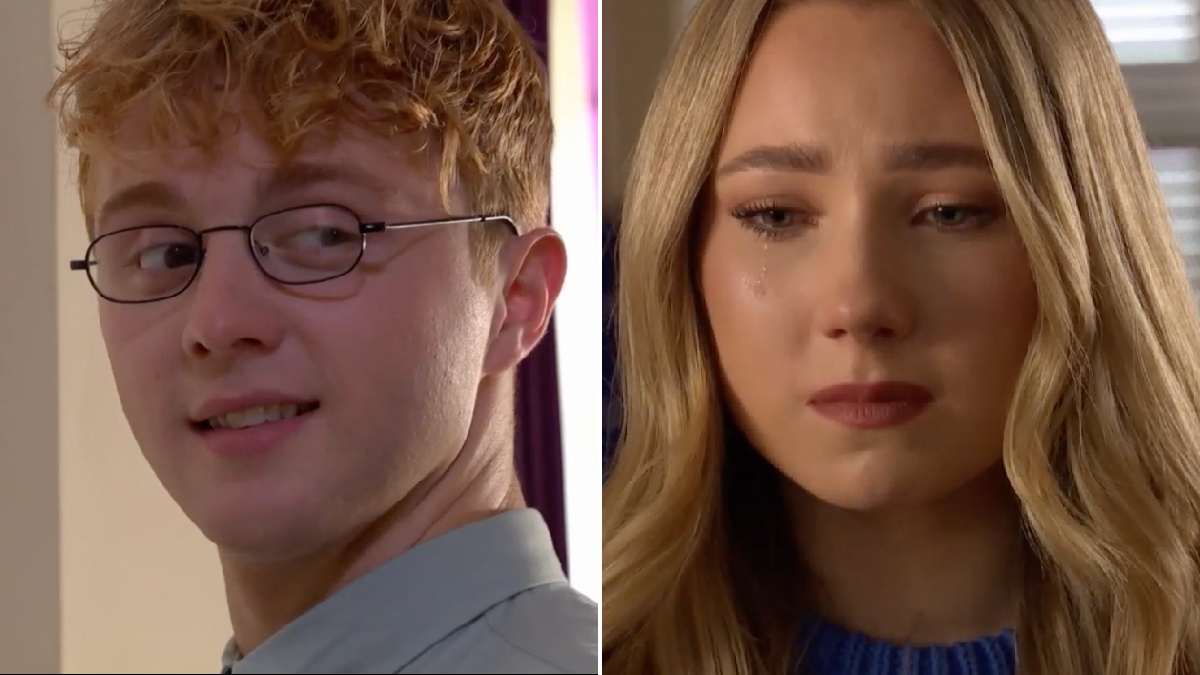 Peri Lomax (Ruby O’Donnell) realised that Juliet Nightingale (Niamh Blackshaw) was correct in Hollyoaks when claiming that Timmy Simons (Sam Tutty) was stalking her – but the realisation may be too little too late.

Timmy, as viewers know, has been watching Peri via the CCTV cameras installed in her home, and – desperate to split her and Juliet up – he began meddling in the couple’s relationship.

His efforts were successful, with Peri believing Juliet to be paranoid when she suggested that she had a stalker.

Peri subsequently ended the relationship, leaving Timmy delighted, and Friday’s (October 8) edition of the Channel 4 soap saw the IT wizard plotting his next move, as he intended to propose to Peri.

Juliet, meanwhile, refused to stop protecting Peri, and thus – with some assistance from Cher McQueen (Bethannie Hare) – she set a trap for Timmy, which he walked right into.

Timmy worked out what Juliet was up to mere moments before his identity was exposed, and thus he made a run for it. However, in his haste, he dropped the engagement ring, which Juliet noticed.

After discovering that the item in question was purchased at The Emporium, Jules asked Liberty Savage (Jessamy Stoddart) to help her investigate.

Peri, meanwhile, encountered Timmy, who appeared to be rather flustered. He claimed he’d broken up with his girlfriend, which left Peri sympathetic towards him.

Timmy manipulated her into allowing him to stay the night at the Lomax household, but things took a sinister turn when he slipped up, telling Peri he’d previously seen her in the jumper she was wearing – despite the fact she’d never worn it outside of the house.

This – coupled with his refusal to discuss his mystery girlfriend – resulted in Peri putting two and two together, and thus she demanded that Timmy leave.

Timmy, however, wasn’t planning on going anywhere, and therefore he bolted the door, and closed the gap between he and Peri.

Just what does he have planned? What’s more, will Peri escape before it’s too late?