Ask any fan of The West Wing to choose highlights from the political drama and chances are they’ll bring up the “Jackal” scene from Season 1, Josh’s (Bradley Whitford) disastrous-but-hilarious press briefing, or a bevy of other scenes from the show’s seven seasons. As for the program’s creator, Aaron Sorkin, his “favorite moments” are more unexpected. Ahead, find out what the 58-year-old considers to be his No. 1 moments.

The West Wing premiered on NBC in Sept. 1999 and didn’t go off the air until May 2006 with seven seasons, 26 Emmys, and two Golden Globes under its belt. Centering on what it takes to run the office of the president, the show followed senior staffers in the White House’s West Wing as they worked tirelessly for Josiah “Jed” Bartlet, the fictional president of the United States, played by Martin Sheen.

Loosely based on events surrounding former President George W. Bush’s time in the White House, the show tracked characters in a liberal administration as they tried to do their best albeit a few stumbles along the way. 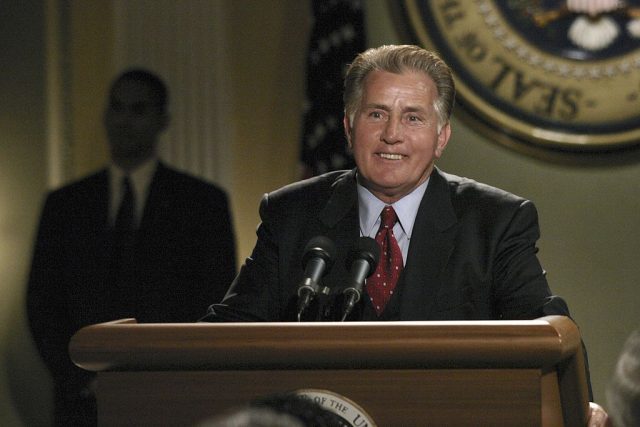 Sorkin loved ‘showing the intersection of the person and the job’

Soon after the show first aired, it became known for its fast-paced dialogue and trademark walk-and-talk scenes that are now two of Sorkin’s trademarks when it comes to TV shows. He wrote all but three episodes in The West Wing’s first four seasons, and as such, might’ve found it difficult to narrow down his stand-out moments. However, he didn’t hesitate to name them.

According to Empire’s Definitive History of The West Wing, featuring conversations from Sorkin and cast members, the creator revealed his “favorite moments” from the series.

“I do enjoy the fact that we don’t have a king or queen; we have a person with a very unusual temp job for a few years,” Sorkin said. “My favorite moments on the show were always showing the intersection of the person and the job.”

He continued, providing more detail about the scenes he liked the most. “Any time Bartlet could be something other than the president – a father, or a husband, or a son, or a friend,” Sorkin enjoyed.

The screenwriter, director, producer, and playwright liked the moments when Sheen’s character got to hit “pause” on being president for a very brief period of time so he could do things such as offer advice to Leo or tease Zoey (Elisabeth Moss) about her dating life. Simply because of the nature of the show and its focus on the office of the president, Sorkin’s favorite moments were often sandwiched between big events such as state dinners or meetings with heads of state.

He left ‘The West Wing’ after Season 4

The West Wing experienced significant changes following Season 4. Lowe left the show as his on-screen character said goodbye to the White House for a chance at becoming a U.S. representative in Congress.

Not long after the actor announced his departure, Sorkin decided to leave the show with one of the show’s directors, Thomas Schlamme, before later admitted to having only watched 15 seconds of Season 5 acting on advice from Seinfeld’s Larry David to never watch a show after leaving.

Watch all seven seasons of The West Wing on Netflix.