Actor Ernie Lively, the father of Blake Lively, has died. He was 74 years old. He had an acting career that spanned 50 years, including roles in the two “Sisterhood of the Traveling Pants” films his daughter starred in as well as “Turner & Hooch,” “Stop or My Mom Will Shoot,” “Passenger 57,” and “The Dukes of Hazzard,” (per IMDb).

Lively’s cause of death was cardiac complications, per The Hollywood Reporter. At the time of his death in Los Angeles, he was surrounded by his wife and all five of his children. Lively had heart problems for a number of years. He had a massive heart attack in 2003, and, in 2013, he underwent experimental heart surgery at the University of Utah, per Us Weekly. Called a retrograde heart procedure, the minimally invasive surgery uses stem cell therapy to help repair damaged arteries and muscles in the heart.

Lively was born in Baltimore, Maryland, in 1947. He was a member of the Marine Corps, serving in Vietnam, and achieved the rank of captain. He married talent manager Elaine McAlpin in 1979. They had Blake and Eric Lively. He also adopted Elaine’s children from her first marriage — Lori, Robin, and Jason Lively.

Ernie Lively had a long and diverse acting career 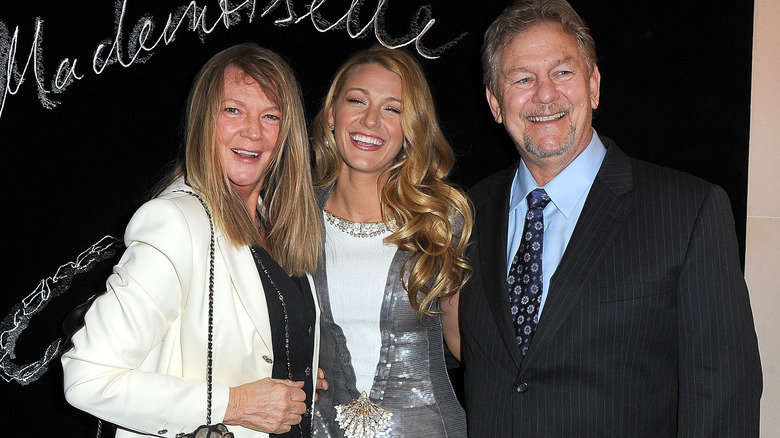 Ernie Lively has a long list of acting credits dating back to his first credit as the Railroad Conductor on an episode of “The Waltons” in 1975. He also appeared in classic television shows like “Fantasy Island,” “Private Benjamin,” “Fame,” “The Scarecrow and Mrs. King,” “Hillstreet Blues,” Falcon Crest,” “Newhart,” “Quantum Leap,” “West Wing,” “Seinfeld,” and others, per IMDb.

All five of his children followed him into acting. Lively was also an acting coach who was a beloved and well-respected mentor to young actors throughout his career, per The Hollywood Reporter.

Blake Lively started going to the acting classes her parents taught when she was a kid. Lively told W magazine that watching her parents helped her learn and gain confidence to pursue her own acting career.

Ernie Lively is survived by his wife, Elaine, his sister Judith, his five children, Blake, Eric, Jason, Robin, and Lori; and nine grandchildren, per The Hollywood Reporter.