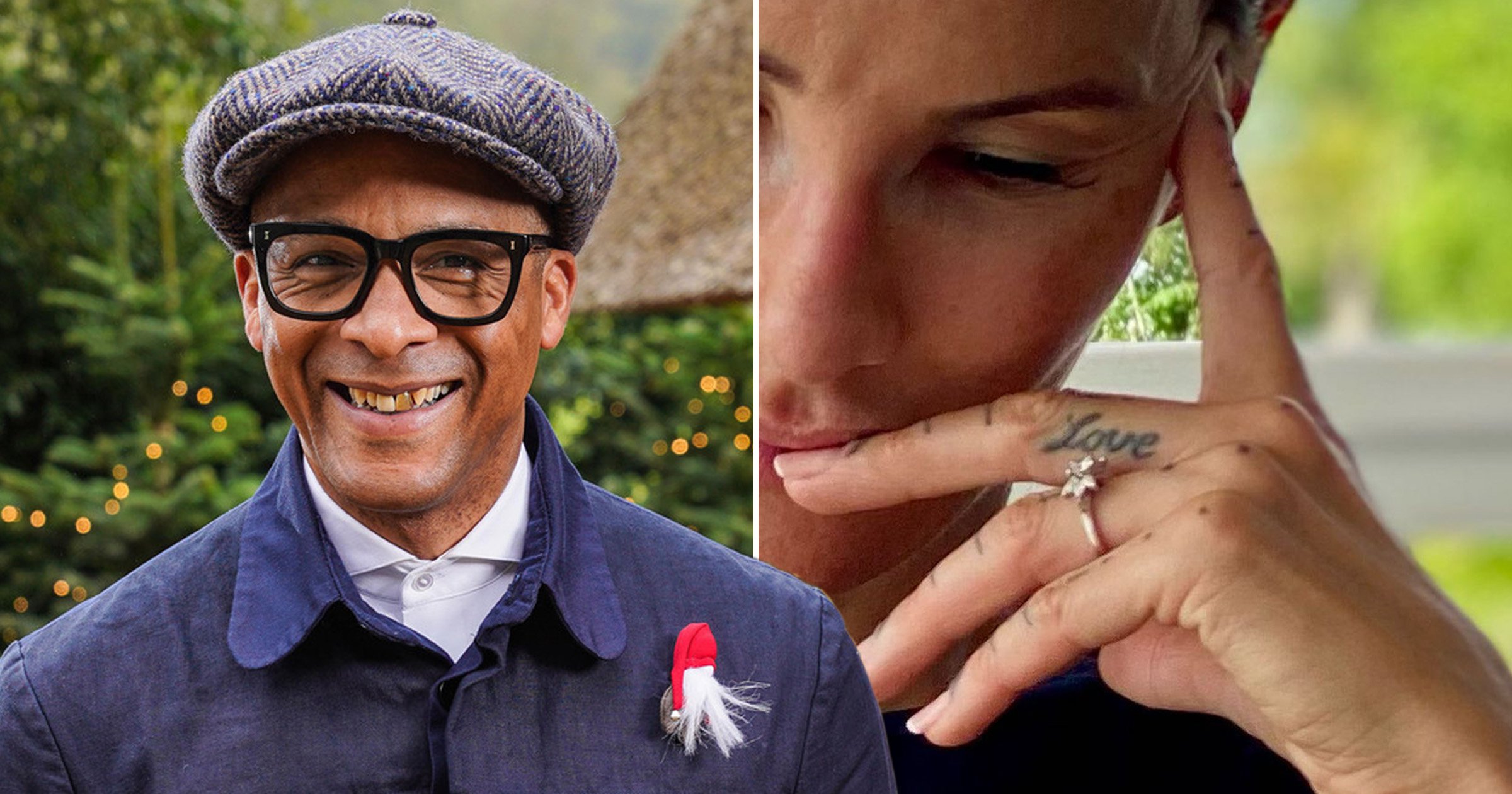 The Repair Shop star Jay Blades MBE has announced that he is engaged, sweetly proposing with a ring made by his coworker in the workshop on the BBC series.

In a post shared on Instagram, the furniture restorer, 51, revealed his happy news, quickly becoming inundated with messages of congratulations.

The first picture he took featured a close-up look of his fiancée Lisa-Marie Zbozen’s engagement ring on her finger, with a second photo showing them both on a beach.

‘Good afternoon all. Lunchtime Treat. It gives me great pleasure to announce that I got engaged to @lisamariezbozen,’ he wrote in the caption.

‘We wanted to share this news with you as we are very happy & hope to bring the same happiness your way. Ring designed by me & made by @rtfj,’ he added, tagging Richard Talman.

On The Repair Shop, Richard works as a master goldsmith, having put his talents to good use to create the stunning piece of jewellery for his friend.

In his own Instagram post, which included a video showing the ring being turned to reveal how it looks at different angles, he wrote: ‘It was a real honour to make this engagement ring for another one of my #repairshop family! Congratulations to Lisa @lisamariezbozen & Jay @jaybladesmbe on your engagement!’

Numerous people congratulated Jay and Lisa, who is the CEO of THEWKOUT, an on demand workout platform.

‘Ahh what lovely news congratulations,’ added I’m A Celebrity… Get Me Out Of Here! 2021 star Louise Minchin.

One person explained how well-matched Jay and Lisa are, describing Lisa as a ‘powerhouse trainer’ and saying: ‘Same beautiful mindset as Mr. Blades. She’s crazy motivational. The angels definitely brought them together.’

‘Congratulations to you both. So happy for you, wishing you a lifetime of love, light, health & happiness,’ another wrote.

He’s set to star in the Strictly Come Dancing Christmas special, having been partnered up with Luba Mushtuk for the festive spectacle.

Ahead of the show, he revealed that his family ‘laughed’ when they found out he would be competing.

‘Cor blimey, they couldn’t believe it, they laughed. I can do the Dad Dance, but I can’t dance formally!’ he said.

The Repair Shop is available to watch on BBC iPlayer.