THE One Show viewers were left seriously distracted by John Cleese's appearance as he ranted about cancel culture.

The Monty Python legend appeared on Monday's show to discuss his upcoming projects, including his new Channel 4 documentary Cancel Me. 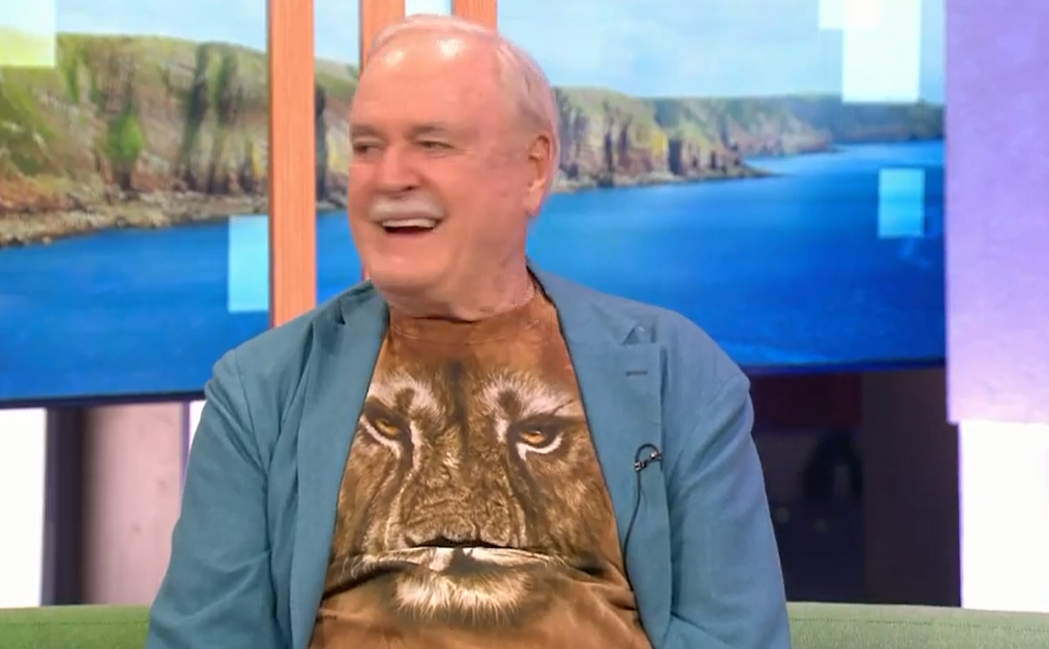 However, viewers were initially too distracted by his outfit choice to concentrate on what he had to say.

John, 82, wore a pale blue jacket over a bold T-shirt of a close up of a lion's face.

Taking to Twitter, one viewer of The One Show wrote: "Has John Cleese got a lunatic living in his wardrobe passing his gear out to him?”

Another called him by his famous Fawlty Towers character as they tweeted: "Basil what the bloody hell are you wearing???!!”

A third added: "He’s giving us a view of the Serengeti…no herds of wildebeest tho”.

John took the opportunity to speak out on cancel culture while on the show.

He said: "There’s a good side of it such as let’s be kind to people but it’s also got a rather puritanical side to it – for instance you can’t make jokes.

"Basil Fawlty is full of faults that’s why he’s funny but if you now say you must not laugh at anyone’s faults – it all depends, do you tease people meanly or with affection.

Viewers were quick to jump on his comments, with one writing on Twitter: “Two quite extraordinary minutes of John Cleese completely misunderstanding what "cancel culture" — the thing he's made his whole life about — is, while confidently stating that a lot of people don't know what it is”.

The One Show airs weeknights at 7pm on BBC One and is available on BBC iPlayer.