Scarecrow’s dance moved the judging panel, with a slow routine to Ed Sheeran’s Perfect. The judges couldn’t agree on a name, but The Masked Dancer fans seemed to be in agreement that the identity of the scarecrow could in fact be Youtuber and former Strictly Come Dancing star Joe Sugg. The ITV show hinted towards some more clues, and some remain convinced that Joe is in the costume.

Scarecrow’s performance was praised by the judges, who enjoyed the moves and the drama.

While Davina McCall suggested Stacey Dooley was the anonymous dancer, Jonathan Ross said it seemed to be “someone from Emmerdale”.

Oti Mabuse then suggested it could be Charley Webb, who plays Debbie Dingle on the ITV soap.

But the panel ultimately admitted Scarecrow was a tough one to pin down. 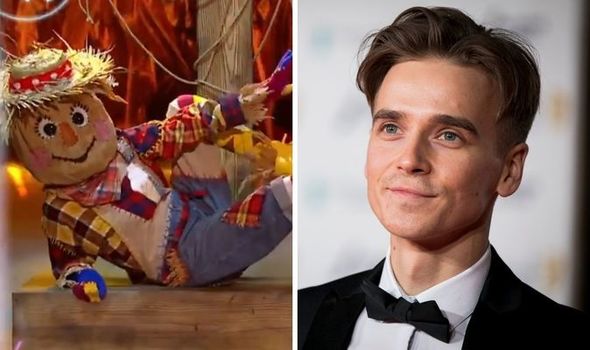 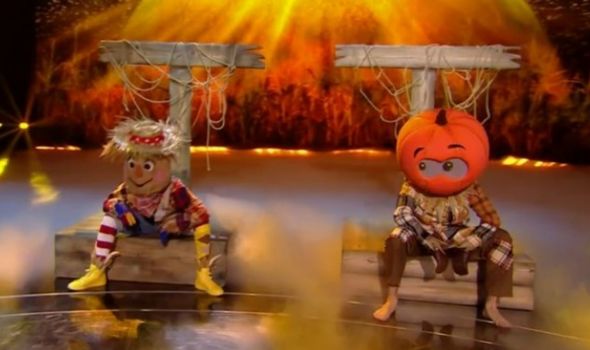 Taking to Twitter to help them out, one fan wrote: “The scarecrow is obviously joe sugg it can’t be more obvious!! Was once a thatcher, plays Sam in the syndicate who is a villain, the opening song ‘Cotten eyed JOE’, grown up in Wiltshire (the country side), and he has a past of dancing from strictly #TheMaskedDancer #Joesugg.” 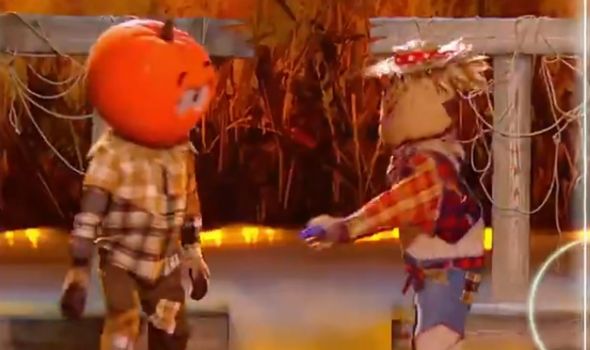 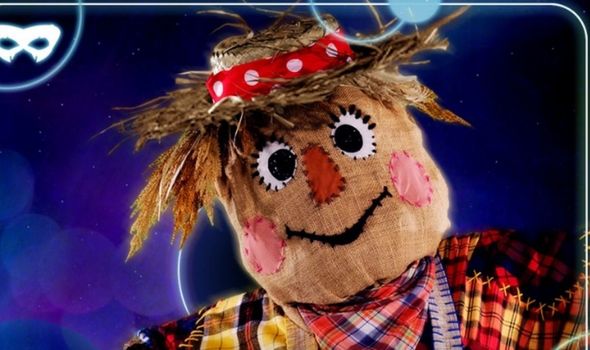 A fourth commented: “the masked dancer scarecrow is joe sugg btw there’s no changing my mind.”

Tonight’s clues given by Scarecrow were quite ambiguous, with their signature tune Cotton Eye Joe playing in the background.

They also said they had a “crow spooking career” working with another scarecrow until they “snapped in two.”

“I’m on the field come rain or shine,” Scarecrow added.

They said: “I loved heading back to the city, don’t stop me now! I’m going to rise to the top with tonight’s performance.”

After the dance, Scarecrow then said their clue word in their own voice, which was ‘villain’.

The voice sounded like it may have been a woman’s, but could fans be right in assuming Joe is behind the mask?

Previous hints have suggested that Scarecrow has been on Strictly Come Dancing.

Viewers will have to keep watching to find out the true identity of Scarecrow, who has managed to get through to tomorrow’s show.

The Masked Dancer airs at 7.30pm on ITV.