ABC topped Monday’s primetime ratings starting with The Bachelor, which slipped a tenth from last week’s season premiere but still topped the night among the broadcast networks with a 1.1 rating in the adults 18-49 demographic and 4.58 million viewers. The Good Doctor (0.5, 3.90M) followed with its return after a six-week break but hit series lows.

Elsewhere, The CW aired its special All American Stories (0.1, 376,000). CBS’ all-repeat lineup included The Neighborhood, Bob Hearts Abishola, All Rise and Bull, while Fox served encores of 9-1-1 and 9-1-1: Lone Star. 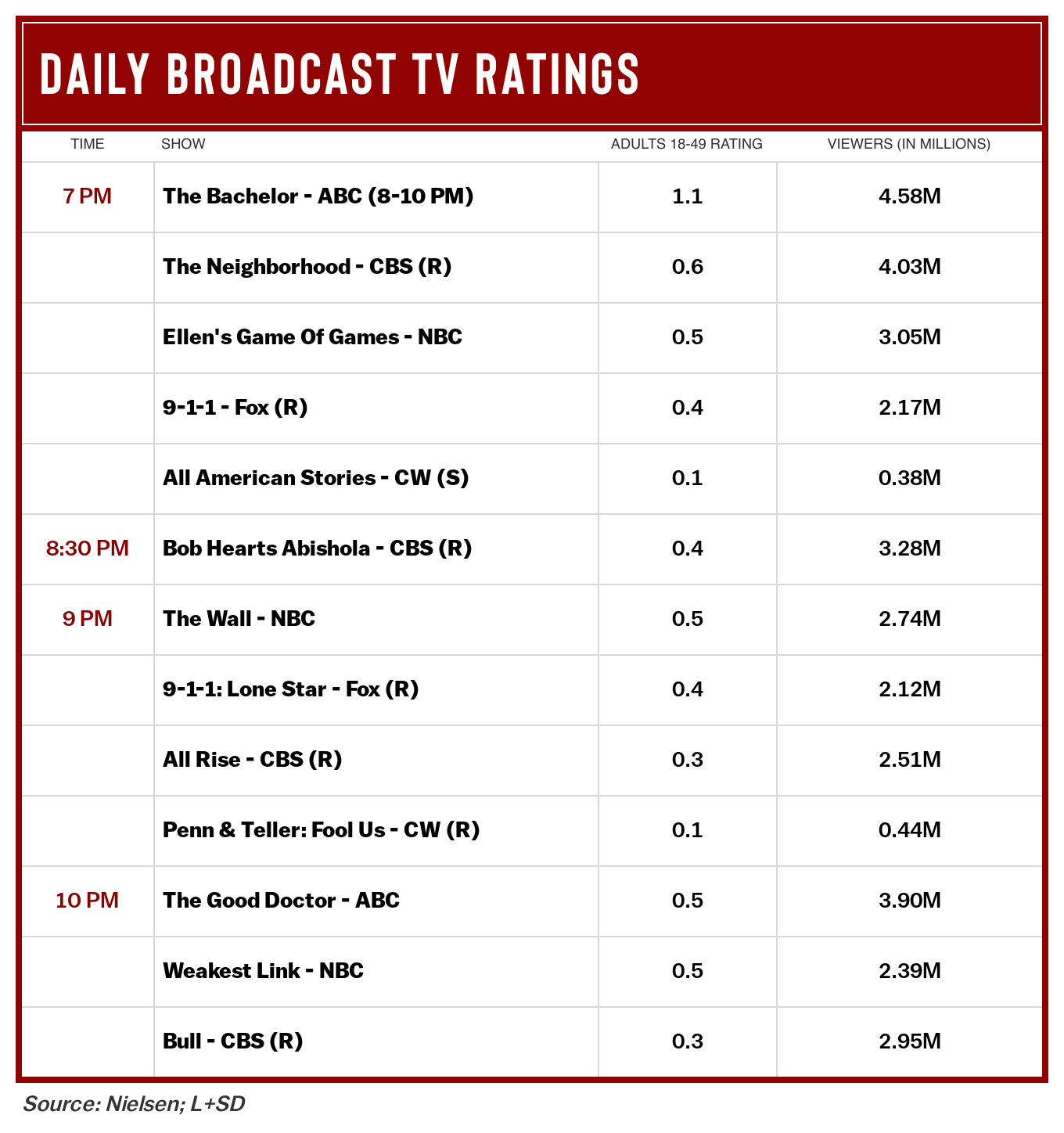