Survivor Recap: A Heartfelt Tribal Council Delivers One of the Most Emotional Episodes Ever

Warning: This post contains spoilers from the latest episode of Survivor.

Wednesday’s episode of Survivor never took its foot off the gas as it introduced a deadly new twist that impacted the fates of more than one castaway.

After Deshawn fell victim to the “Do or Die” twist, he was forced to partake in a risky game of chance at Tribal Council. By a stroke of luck, he won, earning himself immunity and another couple of days on the island. With Danny and Deshawn both safe from the vote, the axe ultimately fell on Liana Wallace, as the Black alliance continued being torn apart at the hands of Ricard and Xander. (Read a full recap here.)

Additionally, in one of the most emotionally charged Tribals ever, the Black players expressed how difficult it was for them to both protect each other in the game while staying strategic and fighting for their chance at the million.

Below, TVLine talks to Liana about her crumbling alliance, beef with Xander and what’s worth more than the money.

TVLINE | First off, Liana: How is Xander still in this game, and how does the guy still have his idol?
Right?! [Laughs] My relationship with Xander is super complex. I wish the edit showed more of where that dynamic came from. The first thing you see: He goes left, I go right, he finds the idol. That’s the game. The second piece: As soon as he finds the idol, he tells everyone on our tribe, but is adamant about not wanting me to know. From very early on, I was aware that he didn’t want to work with me and wanted me out of the game. Once we voted out Voce, if we did lose an immunity challenge, we didn’t want Xander to think he was in danger and use his advantages against us. Evvie and I talked about it, and I thought it made sense for them to make a strong relationship with Xander and make him feel comfortable, so if we did ever face [Tribal], he would go home. For 14 days, I downplayed my relationships and tried to make him feel comfortable, and that just ate away at me. But he played an amazing game. In real life, he’s an incredible person, and so, so kind and genuine, but in the game, that’s just what happened.

TVLINE | Can you elaborate a bit on how you were feeling following the Shan vote and how it forced you to rethink your relationships with Danny and Deshawn?
At that vote, I knew something was brewing between the four of us and that not all of us would be making it to the end together. But at that point, it didn’t make sense for them to vote one of us out because we were in the majority. Fine, make it past eight, then we can have World War III. Whatever. At eight, numbers-wise, it wouldn’t even make sense for Shan and me to write Deshawn. That wouldn’t be smart. To see them flip based on this emotional thinking, I was like, “Oh my god.” On top of that, it was right after I really connected with Shan. Shan was someone I wanted to go to the end with. It was really hard to take in all at once, and as you saw, I wasn’t having it! I couldn’t believe that they made this move. 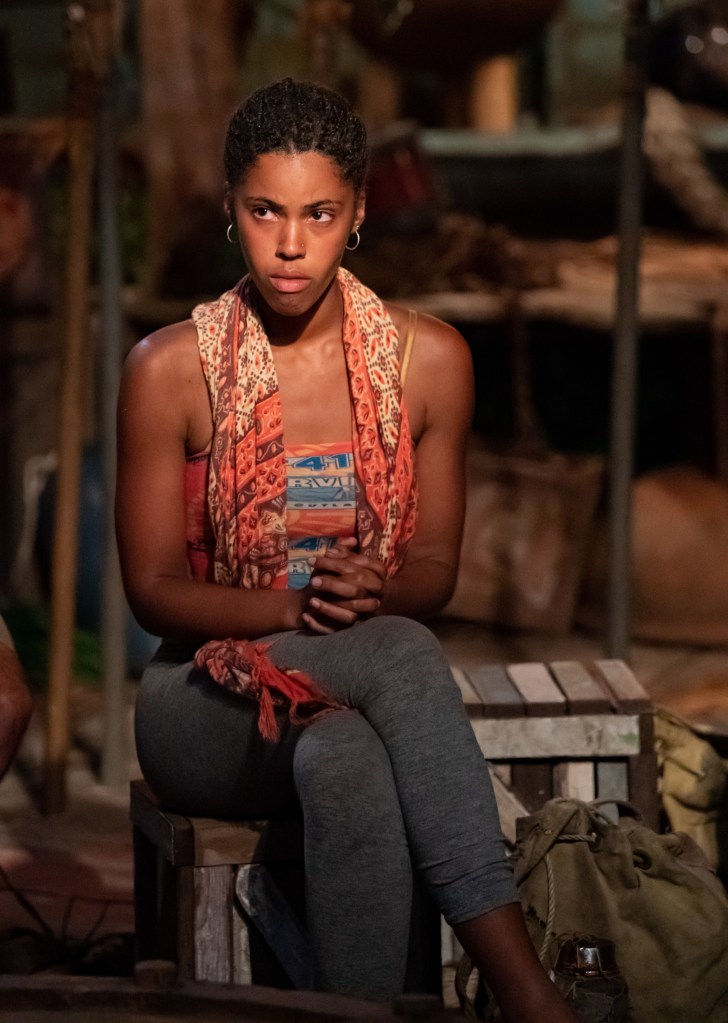 TVLINE | You decided to sit out of the immunity challenge in order to avoid the Do or Die chance game. Can you walk me through that decision?
I wanted to be voted out of this game with a vote. I didn’t want to take a one-in-whatever chance of picking a box. Beyond that, we didn’t even know what the percentage chance was for the Do or Die. That makes no sense for me. In terms of my individual immunity challenges, I hadn’t done so hot in those so far, so the likelihood of me going first was very high. I definitely stand by the decision I made. It stunk that this kind of twist happened on this particular day, but that’s the game.

TVLINE | Speaking of advantages, were you surprised by how much the game changed between Winner at War and 41?
Yeah. One aspect I love about Survivor is seeing camp life and interpersonal dynamics, and I feel like the trade-off to having all of these advantages is that you don’t get to see that, and that’s what makes the game even more intense and exciting to watch as a viewer. It’s something I definitely miss, and I hope they’ll remedy that and find a good balance. On the other hand, one cool thing about having all these advantages: The game became all that more exciting, with so many more possibilities. But there definitely needs to be a balance.

TVLINE | After hearing Deshawn speak about how hard the Shan vote was for him, did that soften your frustration or anger with him at all?
I wouldn’t say so, and I think that’s why it inspired me to want to speak my truth and speak about what the Black alliance meant to me. Like I said, I think Deshawn played with a lot of emotion and sometimes overplayed his strategy. I was still frustrated with him in that moment, but I put my hand on his shoulder because I felt for him, obviously. He was upset and crying. But I think actions speak a lot louder than words. In terms of having a majority in numbers, it just didn’t make sense. It was kind of like a hindsight thought, but I was like, “You voted the way you voted!”

TVLINE | You so eloquently shared your feelings about your experiences as a Black woman and how that translated to the game of Survivor. Is there anything you’d like to add or expand on in terms of your Tribal speech last night?
What’s worth more than a million dollars is if people watching the show can begin to unpack and think about some of the things I was talking about. What’s happening to Black people in America is real and deserves to be paid attention to and for people to be conscious of and actively work against. It would mean all the world and more if people really took the time to understand those dynamics and why, as the four Black players in the game, this was weighing on our minds so heavily. 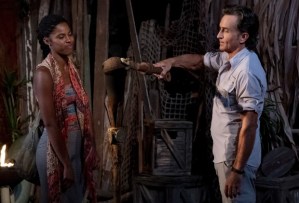 TVLINE | Were you surprised by the amount of diversity this season?
Yes, oh my goodness! I’ve watched every season of Survivor there is, and it’s never, ever looked like this. I think a lot of people on social media are talking about the dichotomy between the Black alliance and having other people of color in the game, too. Again, that’s also something that’s very complex [in terms of] talking about all of our racial identities, but this racial system that we have in America is based on this binary between whiteness and blackness. I had amazing relationships with some of the other people of color in the game, too. All of those conversations… there’s so much to unpack there. It’s hard to see from the edit of 24 hours of footage we have out there every day.