Stranger Things has kept Netflix viewers enthralled in its expanding universe using a number of tactics. As well as the gripping story, involving the demonic Mind Flayer, it also dives into a lot of 80’s nostalgia. Season three included a number of examples of this, including the arrival of New Coke, and cheesy pop music.

Despite this, some of the show’s details aren’t exactly perfect.

Viewers have pointed out a number of inconsistencies between the show, and its real-life counterparts.

But one viewer, in particular, has pointed out the main characters’ BMX bikes are not true to life.

One of the most iconic pieces of the Stranger Things aesthetic is Mike Wheeler (played by Finn Wolfhard) cycling through the streets of Hawkins, Indiana, with Eleven (Millie Bobby Brown) on the back of his BMX.

However, Reddit user Croutonaccelerator has recently pointed out the BMX Mike uses – and indeed the ones his friends use – aren’t exactly historically accurate. 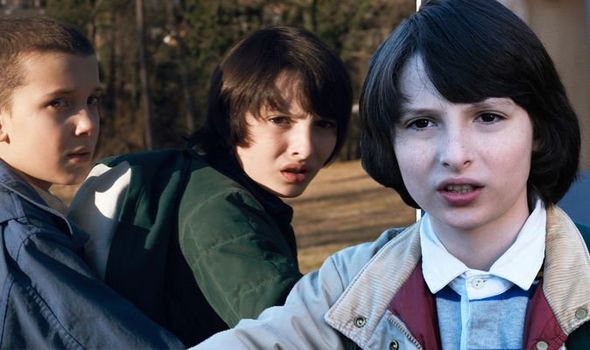 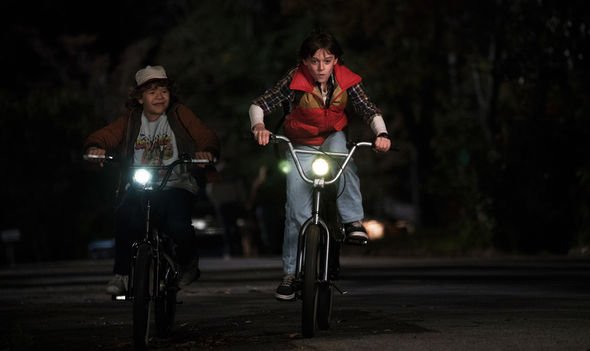 Speaking out on the matter, the die-hard fan wrote: “Overall, the directors and crew have been doing a phenomenal job capturing the look and feel of the 80s, but there are a few details from the skate/BMX side of things which are a bit off.

“In Season one Will, Lucas and Dustin all have proper BMX bikes.

“The kids aren’t portrayed as hardcore BMXers, so I wouldn’t expect them to be intimately familiar with how to trick out a BMX bike correctly… but there’s no way Lucas would have a banana seat on his bike.”

For viewers who aren’t familiar with BMX bikes, banana seats are a stylish addition to the vehicle and were all-the-rage in the late 70s and early 80s. 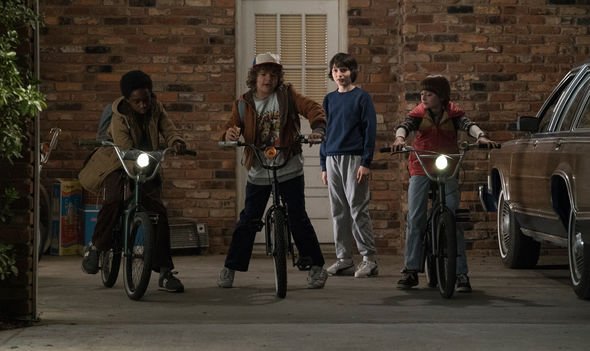 Atlhough the add-on was popular, it required a certain amount of knowledge in bike alterations.

The fan went on: “This is probably more of a licensing/budget detail but the bikes would have had visible and recognizable logos on them for example Mongoose, Diamond Back or GT. In the BMX world, it well known that Kuwaharas were used in ET.”

Obviously, the first season of Stranger Things would have had a tight budget to adhere to, and therefore licensing brands for the various BMX bikes would not have been a priority.

DON’T MISS…
Game of Thrones: What happened to the direwolves at the end? [INFO]
Lucifer explained: What does Lucifer’s ring really mean? [INFO]
The Walking Dead season 10 theories: Alpha to kill Lydia amid betrayal [THEORY]

During season two Max could be seen attempting to perfect her ollie – a jump on a skateboard.

But the fan also added: “In Season two, there’s a clip of Max practising ollies on her skateboard. While the ollie had been invented by this time, it was not popularized until another year or two later by Mark Gonzales.

“The ollie was probably the most influential skate trick in the 80s and it’s still incredibly popular 3 decades later… but in 1984? Nope. Very few people were doing them, as in a handful.”

Obviously this is a huge piece of knowledge known by the skating community – but perhaps not something which would be known by everyone.

One suggested: “Just on S3 E6 when Steve, Robin, Erica and Dustin are trapped in the mall system underground and totally forgot that scene where they were running from the Russians and managed to run right down into the platform area with the device.

“They cut to the side of it through a doorway and back into the system and that’s almost certainly showing us how Hopper got off the platform in time and got out of the way.”