A STEPH'S Packed Lunch guest shocked viewers after she revealed that she's marrying a 93-year-old chandelier. 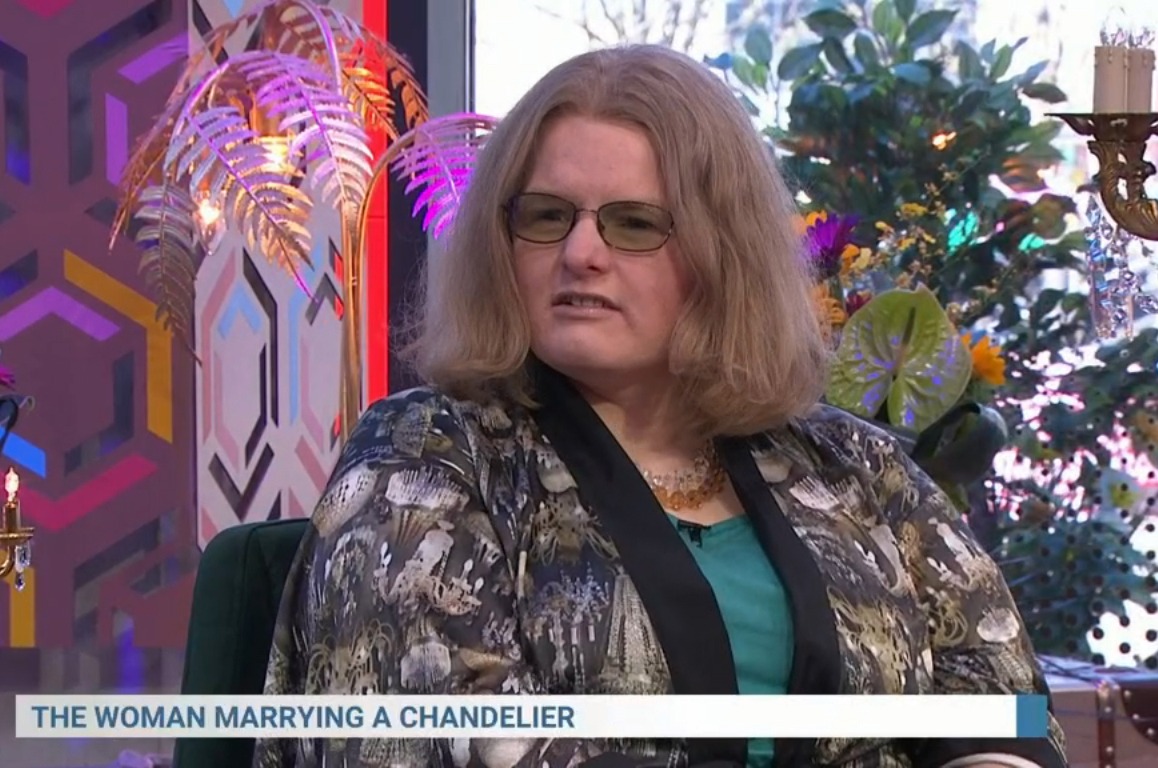 Amanda admitted that she has developed strong affections towards objects instead of people.

The guest from Leeds said she first fell in love with a drum kit and now plans to tie the knot with a German chandelier.

Speaking to Steph, she said: "I don't view them as inanimate objects as most people do. You know the term animism, it's more common in Japan, it's when people sense an energy from an object.

"It's not just a sitting object, it has an energy you can get to know. That's how I feel, it's never a moment that I'm in love. 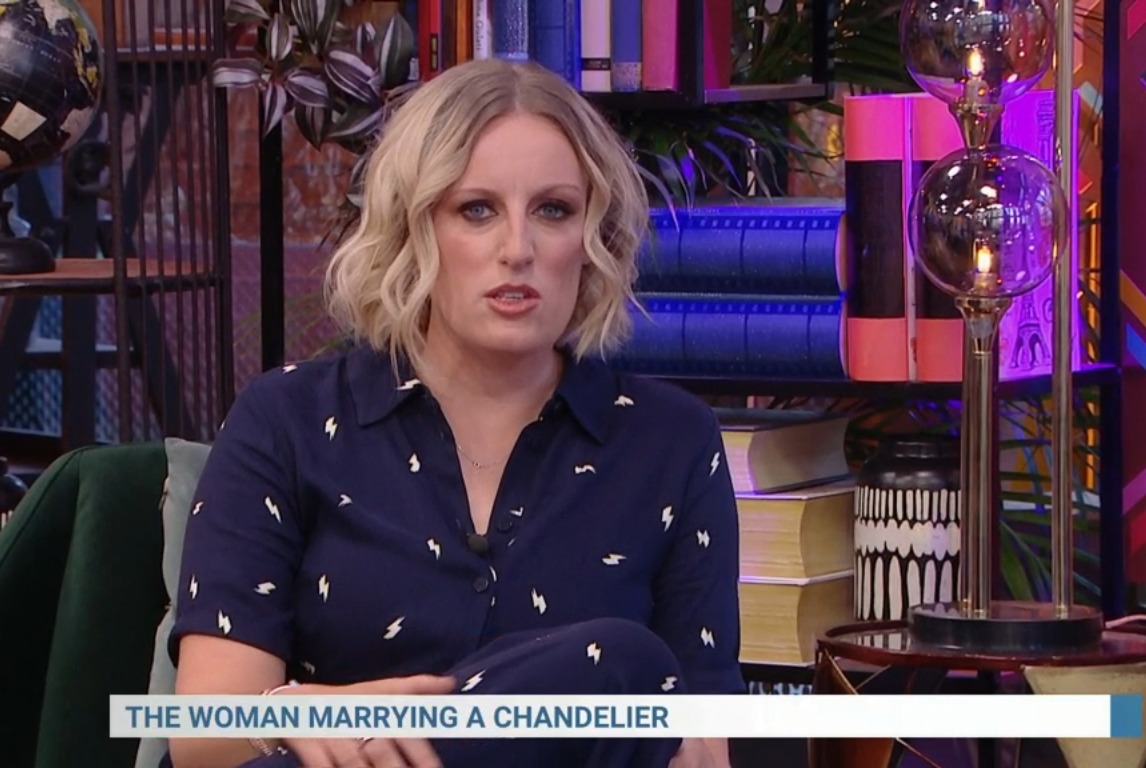 "It was never a lightbulb moment. It was more like something that happened over time."

Steph then quizzed the guest on how she first developed feelings for objects.

"Even now it's hard to explain because I don't know why I fall in love with objects, I can't explain it. 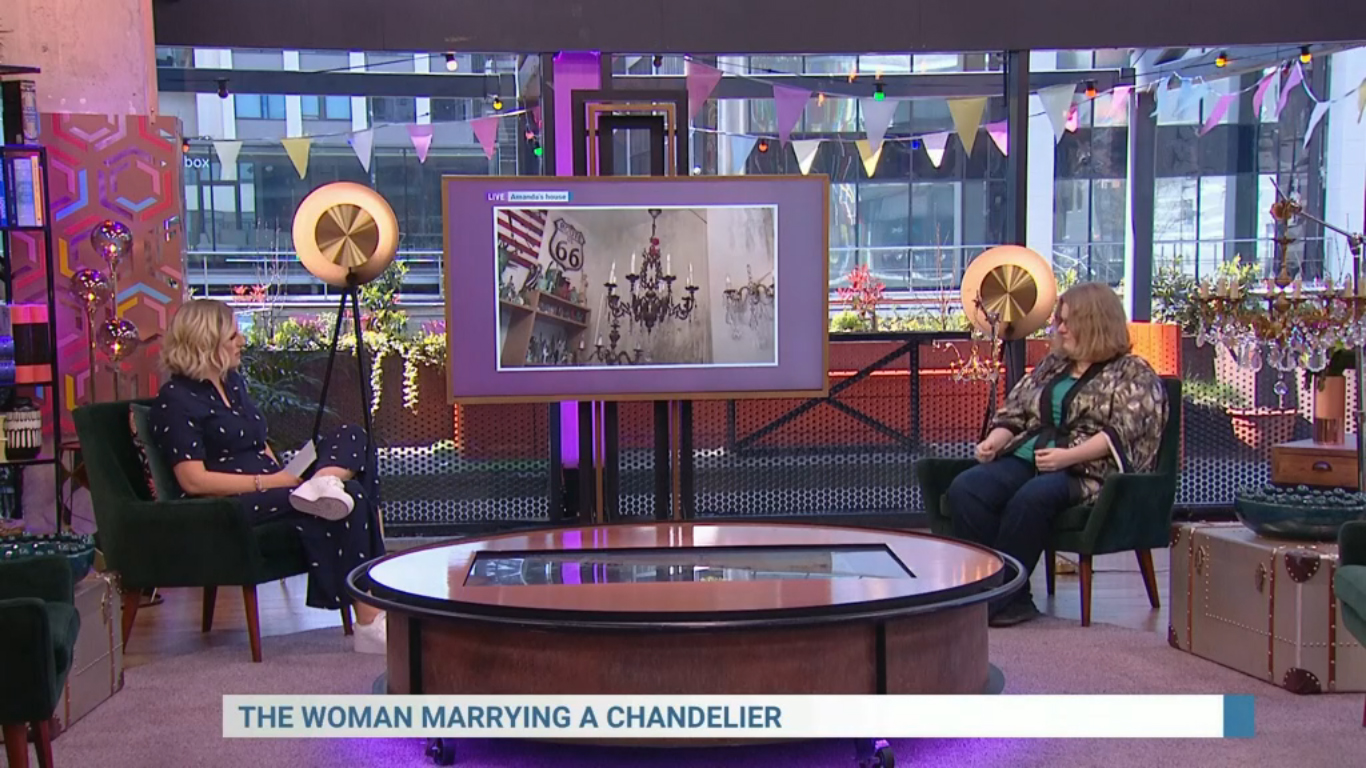 "But I've accepted myself for who I am and this is why I came here because I want everybody else to just accept and be happy – because it makes me feel happy and content."

She acknowledged that it is a strange concept and she understands why people find it difficult to grasp.

She continued: "I understand it is very difficultfor a lot of people who haven't heard about this and they have no idea. They think it's weird and it's just an object, some people can see energy in crystals, so it's sort of on that level."

The guest, who is getting hitched to a chandelier called Luminere, explained that she has developed a "strong connection" with the nearly 100 year old object. 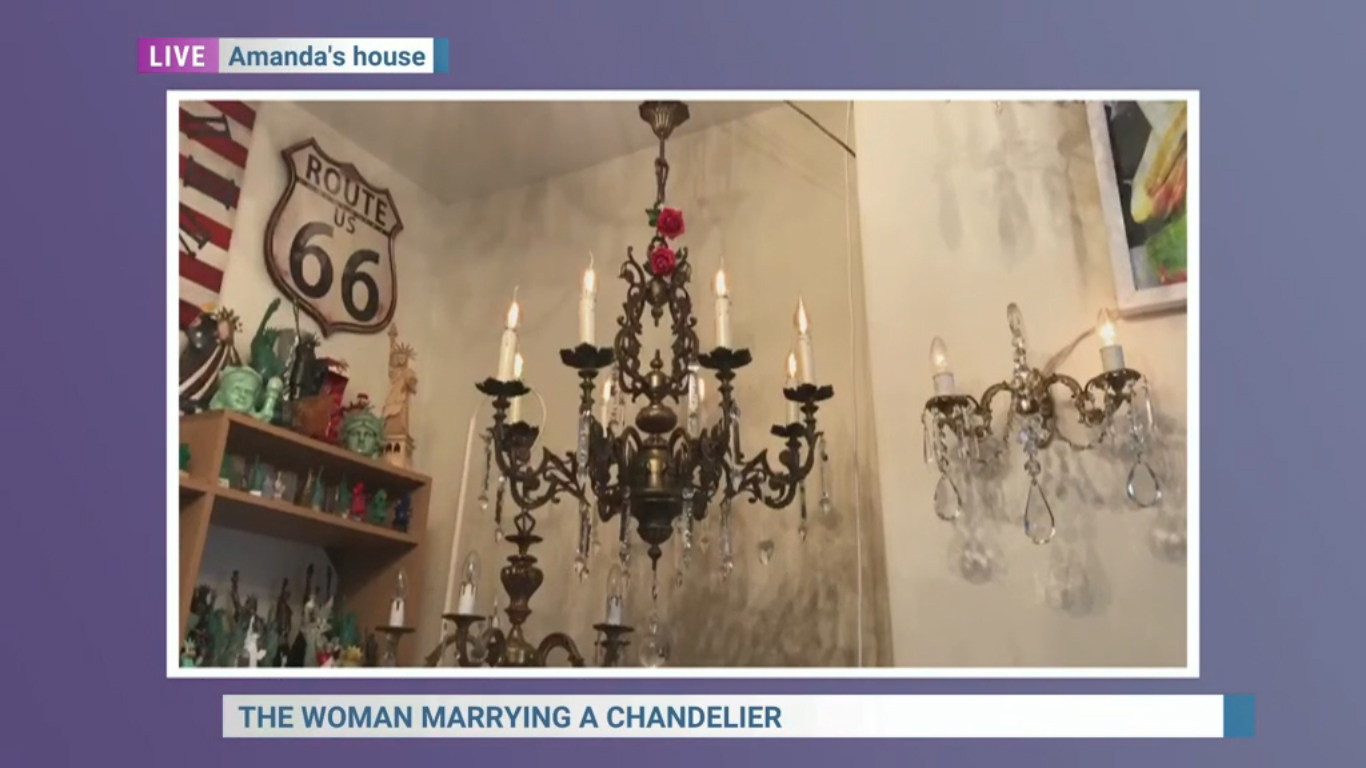 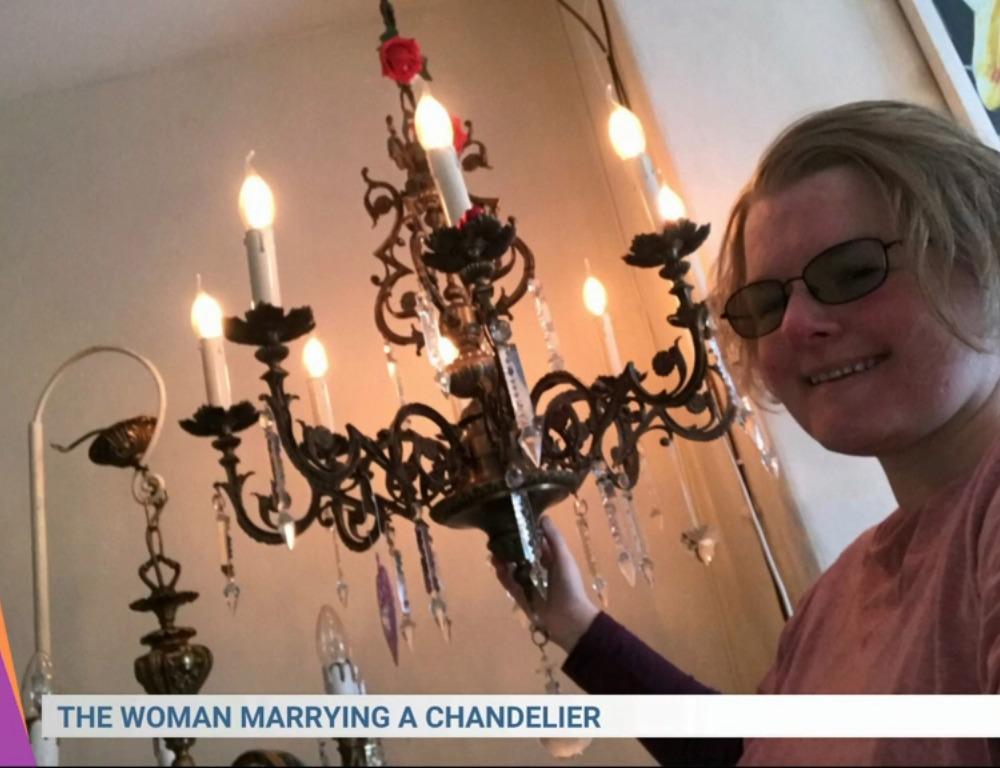 "She added: "I feel loved by them [chandeliers], just an amazing connection I can't explain, I think they're beautiful. I enjoy working with them as well, I love restoring them.

"Yes I love Lumiere at home, but it's more difficult to bring her out so I left her at home.

"I suppose it's because she was one of the first ones I got. I had her shipped over from Germany, there was a special connection, I had to have her.

"I couldn't get her out of my mind for about two weeks. When I say marriage I don't mean compare it to a marriage of another human. It's more of a commitment, just an expression of my love and a celebration." 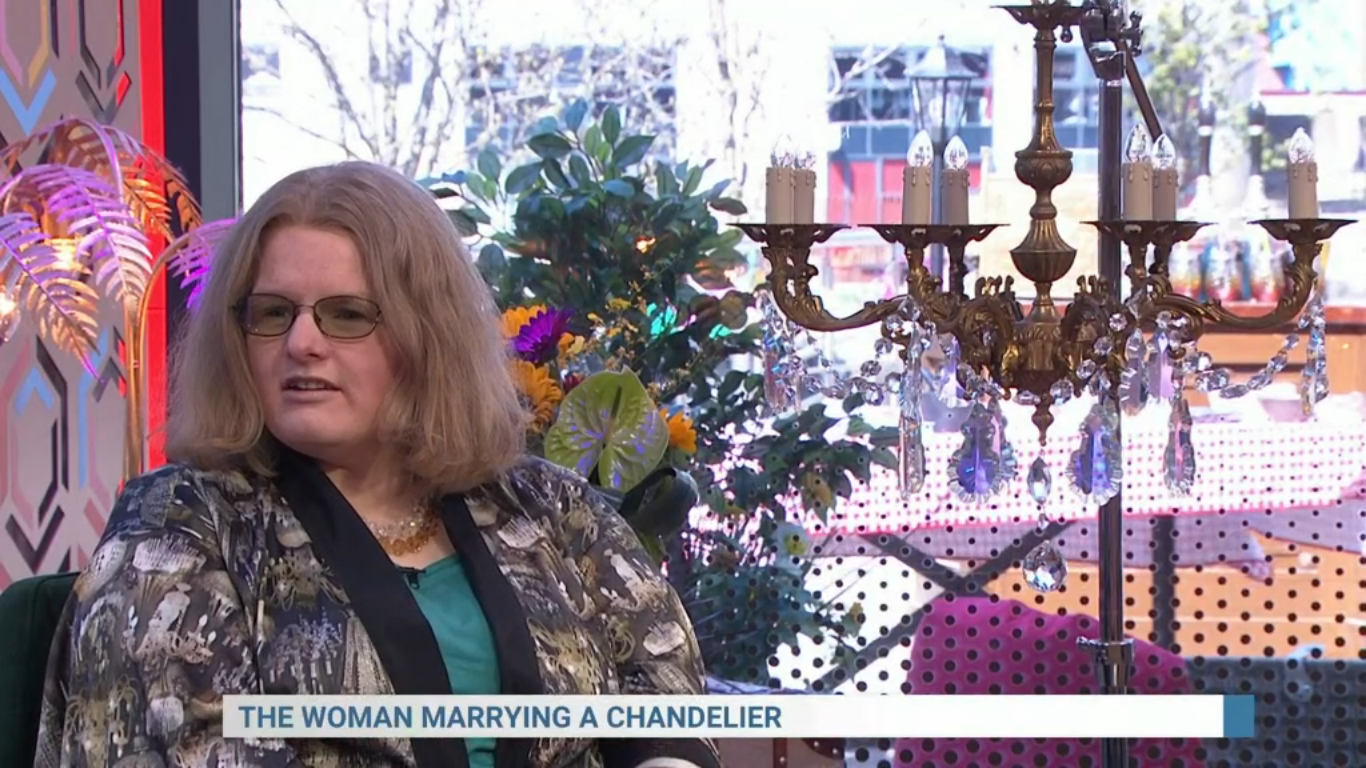 Amanda explained that friends and family are baffled and can't understand her connection to objects.

However, some pals are happy that she is in a good place with her chandelier and feels loved despite it being an unconventional marriage.