With local elections taking place up and down the country this week, Labour leader Sir Keir Starmer appeared in the BBC Breakfast studio for the first time this year to discuss his party’s push for votes. However, with a number of polls showing Labour lagging behind the Conservatives, with results in Hartlepool an area of particular concern for Mr Starmer, Minchin was keen to hear whether a disappointing outcome would lead to his resignation. But despite being asked twice, Mr Starmer failed to provide a clear answer, leaving many at home rather annoyed.

The moment came when Minchin pulled Mr Starmer up on a quote he said earlier this week about taking “full responsibility” for the local election results no matter what.

“You said you’d take full responsibility ‘whatever the outcome’, what do you mean by that and if, for example, you lost Hartlepool, where does that leave you, would you resign?” Minchin asked.

“That is exactly the same approach I took as Director of Public Prosecutions for five years, running the Crown Prosecution Service.” 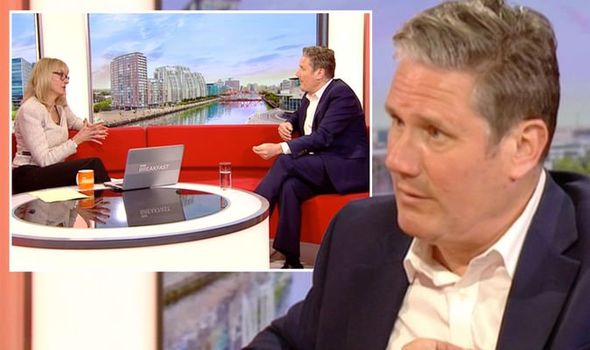 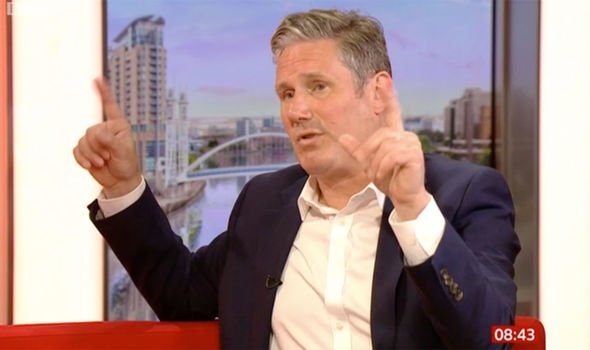 Delving further into his time at the CPS, Mr Starmer continued: “Where we did well, I got the plaudits.

“Where we didn’t do well, I took responsibility – I think that’s what leadership is.

“What I will not be doing after these elections is pointing around to other people, I will take responsibility.”

Clearly dissatisfied with the answer, Minchin tried once more for a concrete answer about the possibility of resigning if the elections don’t go Labour’s way. 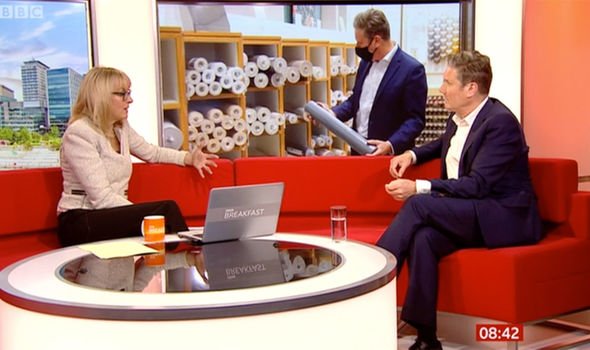 “Can I just push you on this, if that were to happen, you lost an important by-election, would you then resign?

“What do you mean by taking responsibility?” Minchin asked once more, but Mr Starmer again refused to say yes or no.

“First of all, we’re fighting for every vote,” he said. “I want us to win that by-election and that’s what we’re spending all of our time focussing on.

“My job as Labour leader and I set out very, very clearly was to take the Labour Party from where it was in December 2019 and to put it in a position where we can win and will win the next General Election.

“That is a mountain to climb and I didn’t think and I don’t think many people realistically thought that could be done in 12 or 13 months.”

However, Mr Starmer’s answers combined with Minchin seemingly letting him off the hook led to several fans venting their frustrations at the chat.

“Do not switch on the chringe fest which is @Keir_Starmer on @BBCBreakfast (sic),” one fan vented in response to the chat on Twitter.

A second agreed: “@Keir_Starmer interview on @BBCBreakfast is utterly cringeworthy. Totally clueless drivel. Prepare for a shellacking in Hartlepool.”

“@BBCBreakfast @louiseminchin @Keir_Starmer hilarious interview this morning. Starmer is clearly not expecting to do well and is making every excuse under the sun. Excuses, excuses, excuses – what do we say to our children who make excuses for their failures?” another fan fumed.

While a fourth said: “It’s so tiresome and unhelpful when the @BBCBreakfast just constantly push for an answer ‘will you resign if…?’ Rather then exploring the issues.”

“Why BBC keep asking Labour what will you do if you are in power or will you resign question to Starmer ?? Is this some kind of trolling ??!! @BBCBreakfast,’ a fifth tweeted in response to Minchin’s questioning.

While a sixth added: “Honestly Louise, could you try and engage with Keir Starmer rather than try and get the headline every time? #BBCBreakfast is a great chance to have proper conversations, hold politicians to clear answers but not the combative style here.”

BBC Breakfast airs daily at 6am on BBC One.