Home » TV and Movies » Spoilers: Vi attempts to get Stuart to cheat with Honey in EastEnders 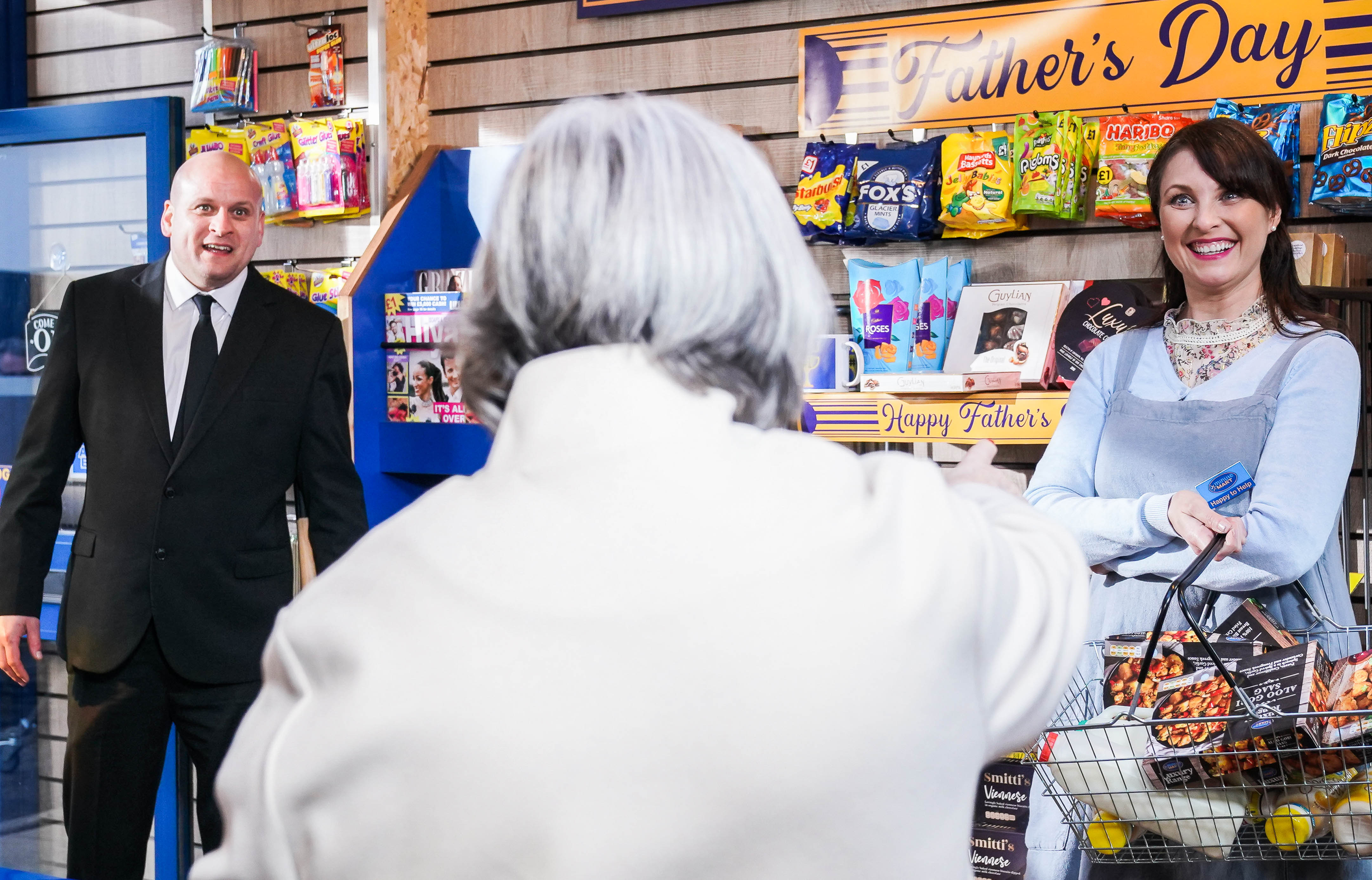 Violet arrived in time for Callum (Tony Clay) and Ben’s (Max Bowden) wedding and it was quickly established that this new character wasn’t afraid to say what’s on her mind.

Vi criticises Rainie’s co-parenting set up in upcoming episodes of the BBC One soap and when Stuart explains he wants to tell his nan about their surrogacy plans, Rainie refuses.

Vi’s constant digs at Rainie continue and she pleads with Stuart to get her out.

Later at The Vic, Vi tells Stuart she knows Rainie isn’t her biggest van and she’s surprised to learn of Rainie’s chequered past.

However, before Stuart can ask Vi to move out, she spots Honey and gets an idea…

Vi interrogates Honey and hopes she’ll be able to help her but when Stuart sees what Vi is doing, he’s appalled.

At the pub, Stuart is upset at his nan’s actions and admits Bernie (Clair Norris) is going to be their surrogate, but how will Vi react?

If Bernie’s previous miscarriage is too much of a worry when it comes to the surrogacy, could Honey be the answer to Stuart and Rainie’s problems?