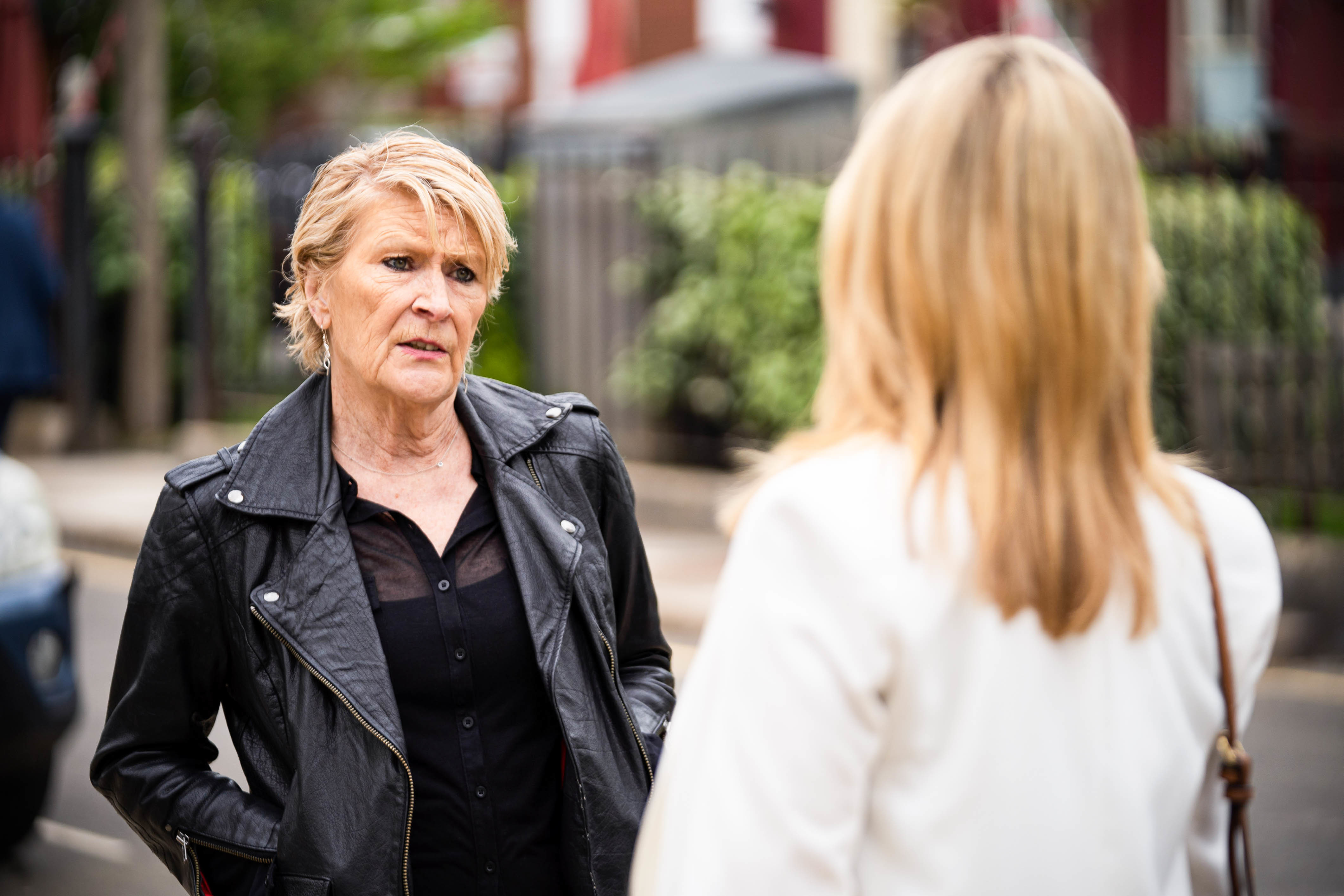 Convinced all the Mitchells do is cause her family stress, Shirley is prepared to tear apart the family empire bit by bit.

When it comes to Sam, she’s regularly clashed with Kat and Sharon – especially over the grand opening of Peggy’s (the club).

Coming up, Shirley continues to put pressure on Sam to bring her in on the plot to stich-up Sharon and Kat.

Later on, Shirl is impressed by someone’s actions and demands a cut – but could it be Sam?

The next day, Sam puts the final pieces of her plan into place, but has she agreed to join Shirley in the feud?

She hasn’t settled in well following her return, but is Sam determined to get revenge on Kat and Sharon on her own, or with Shirley’s help?