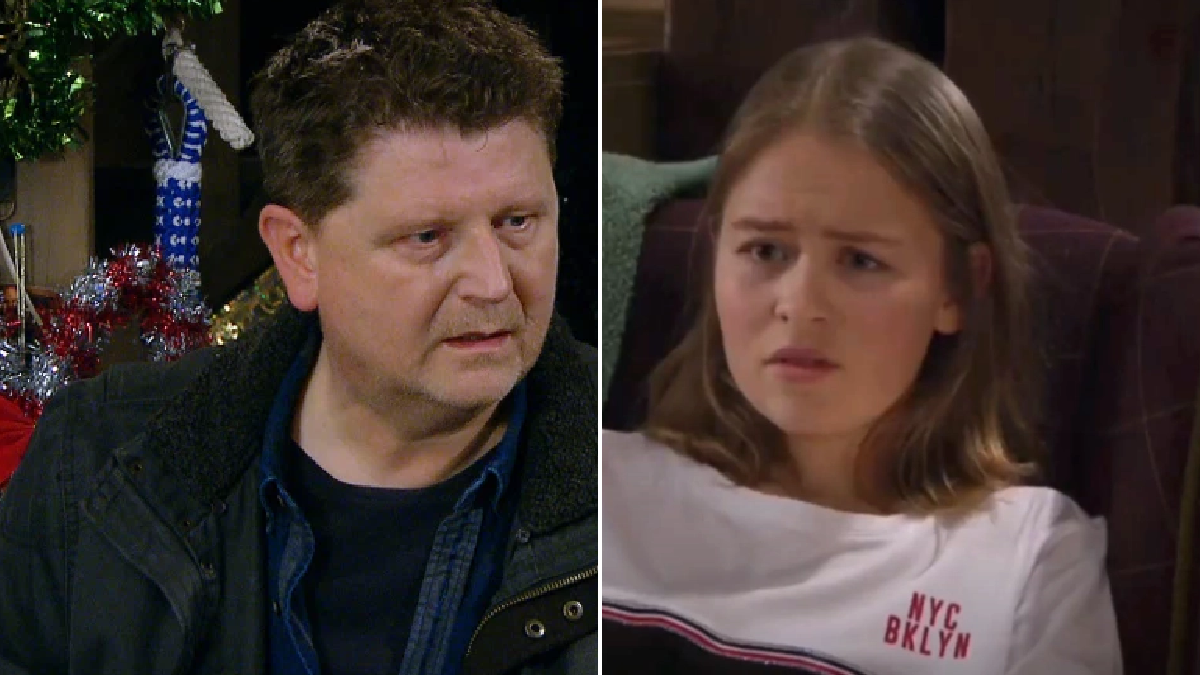 It’s never safe to believe a single word that comes out of Paul Ashdale’s (Reece Dinsdale) mouth which is why Emmerdale fans are crying ‘fake’ at his recent kidnap – despite Mandy Dingle (Lisa Riley) physically seeing the indebted gambling addict abducted.

But what would he stand to gain from staging his own kidnap? Viewers have been speculating that it was all for show in order for Mandy to earn the money to pay off his debts to Connor.

Having recently discovered that Vinny’s (Bradley Johnson) partner Liv Flaherty (Isobel Steele) is a homeowner, Paul clearly had the cogs going in his manipulative brain.

So when Mandy and Vinny reveal the situation around Paul’s ransom to her, is Liv falling into a trap laid by Paul?

And, if fans are indeed right with their theory that this is all an act from Paul, will betraying Liv be the last step too far for Vinny and his violent dad?

So is Paul bang to rights?

Either way, Mandy is on the warpath tonight to save him – but will she have the money?

And if not, will Paul even appreciate having his ‘life saved’ if it has all been a set up?

Mandy is still unaware that Paul has been violently abusive to Vinny but Lisa Riley recently warned Metro.co.uk that she is liable to ‘kill him’ when the truth comes out.

Might have been better staying in that van, Paul lad. Don’t fancy your chances.

A "DISGUSTING" estate ruined by fly-tippers has left homes "ravaged by rats" and kids too scared to leave their rooms. Skips are overflowing with filthy […]